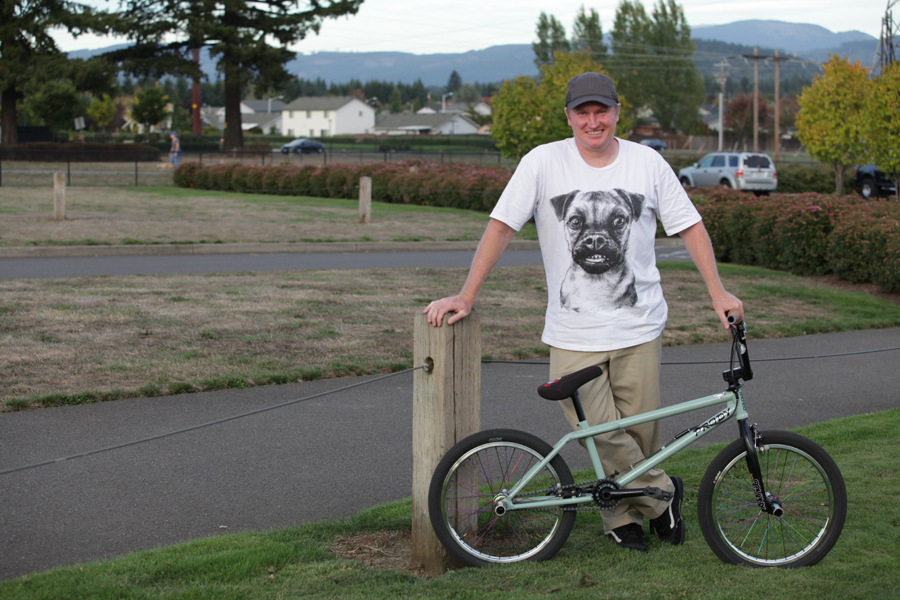 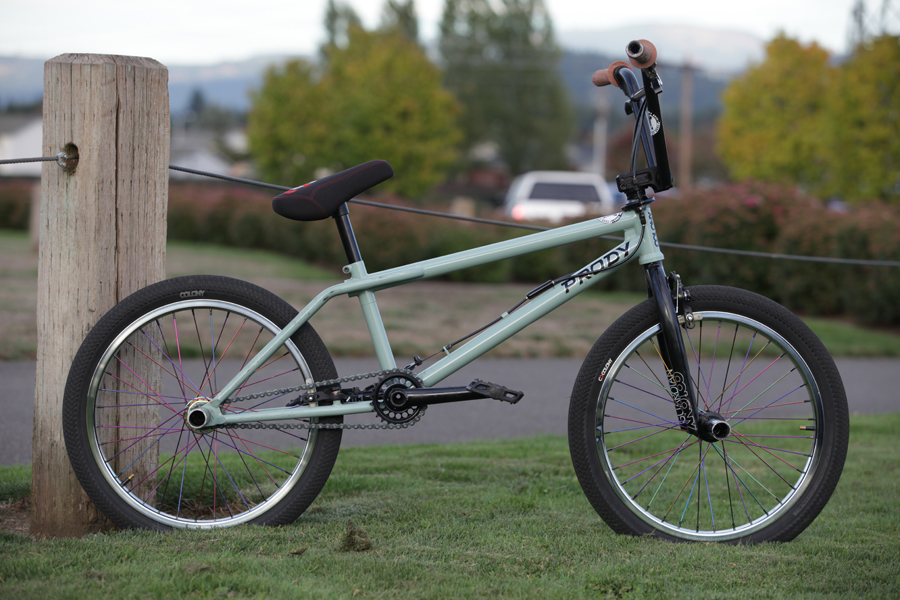 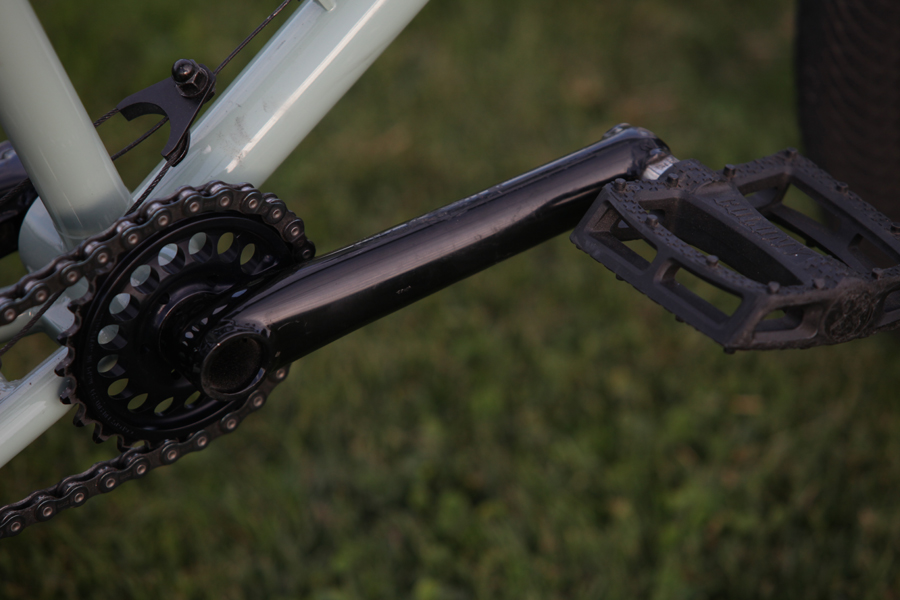 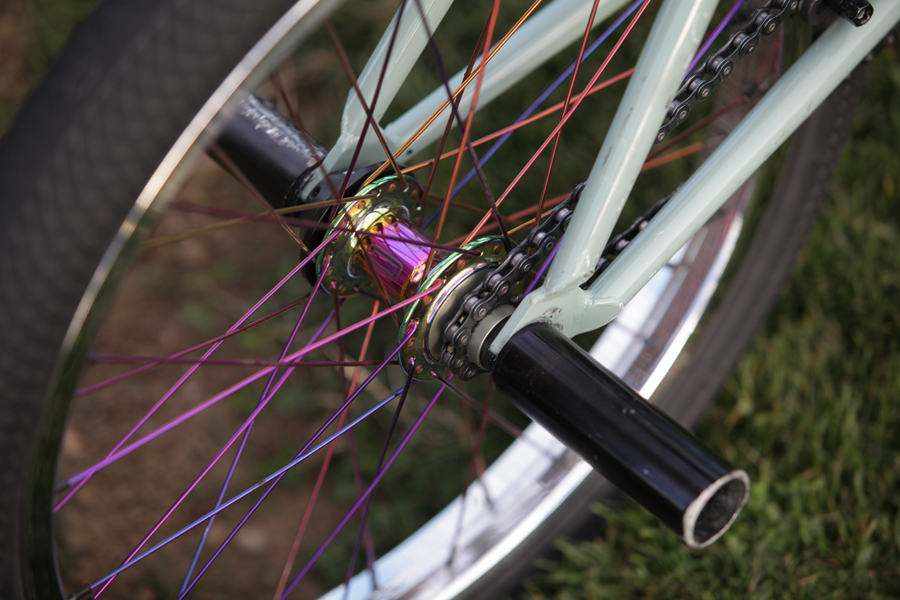 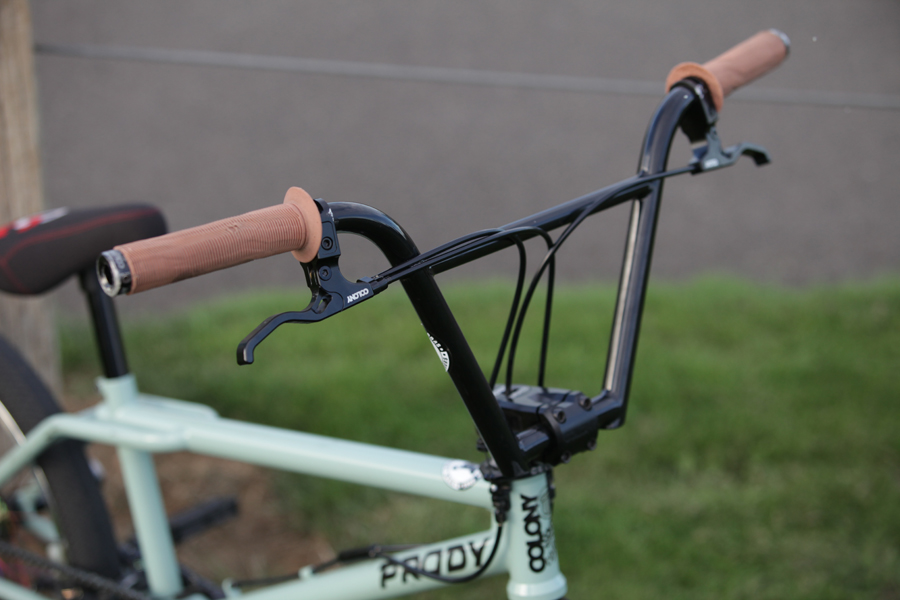 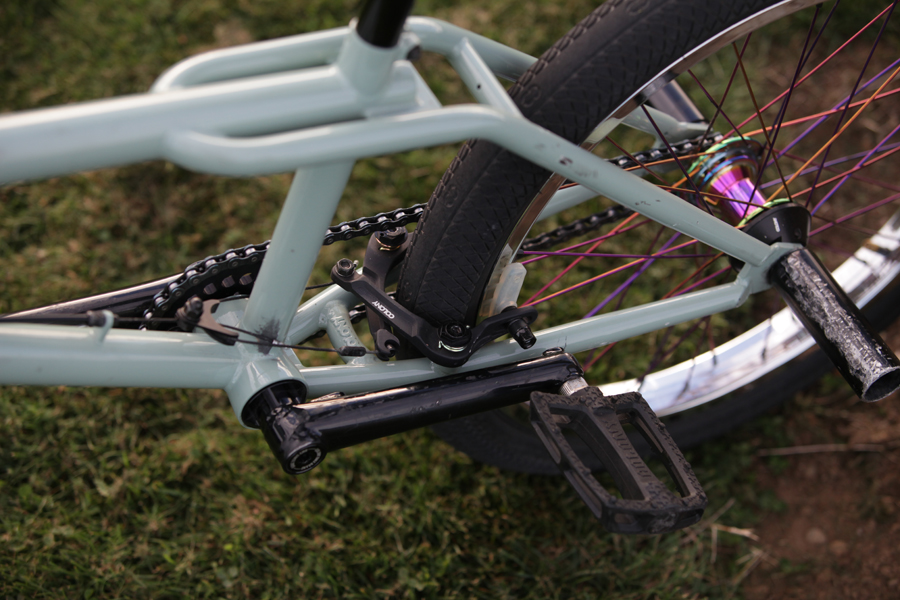 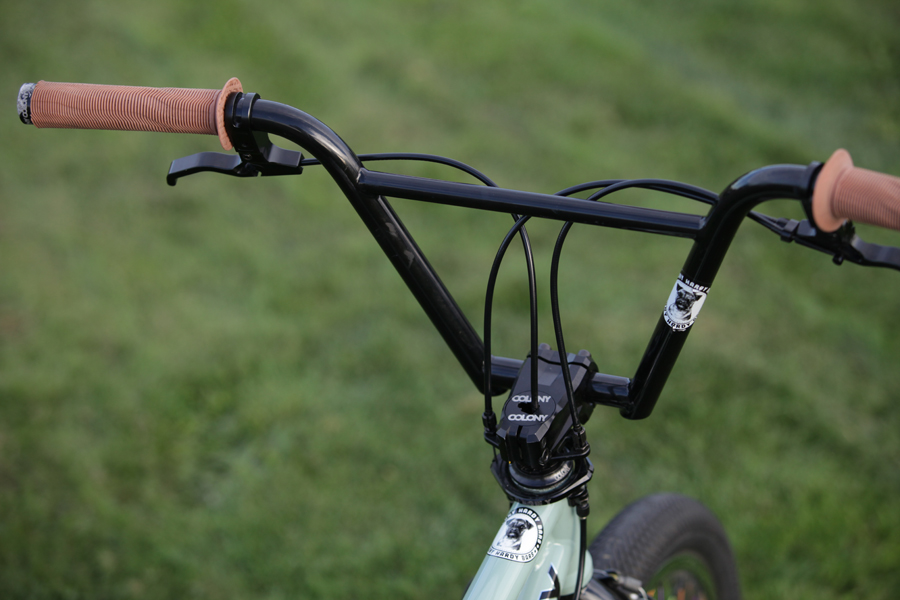 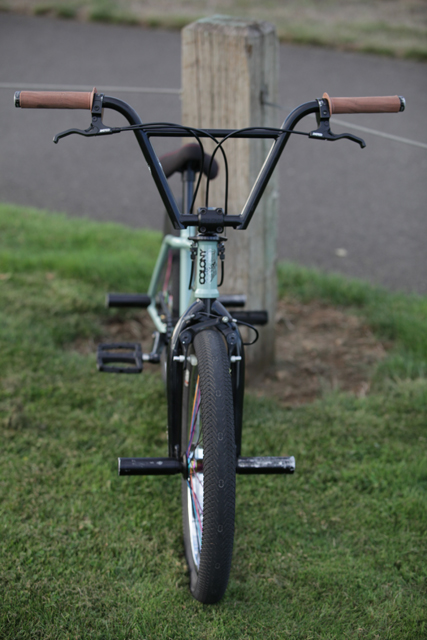 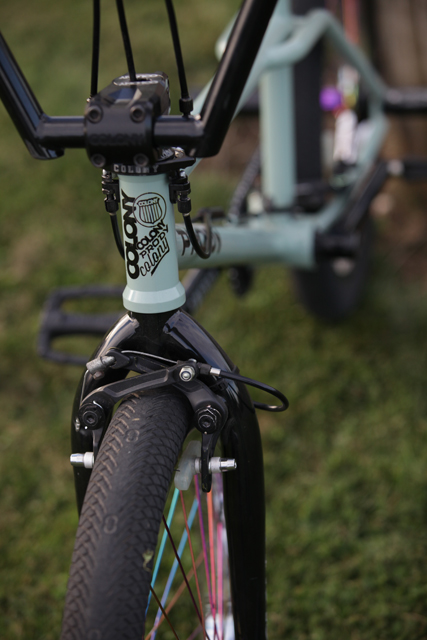 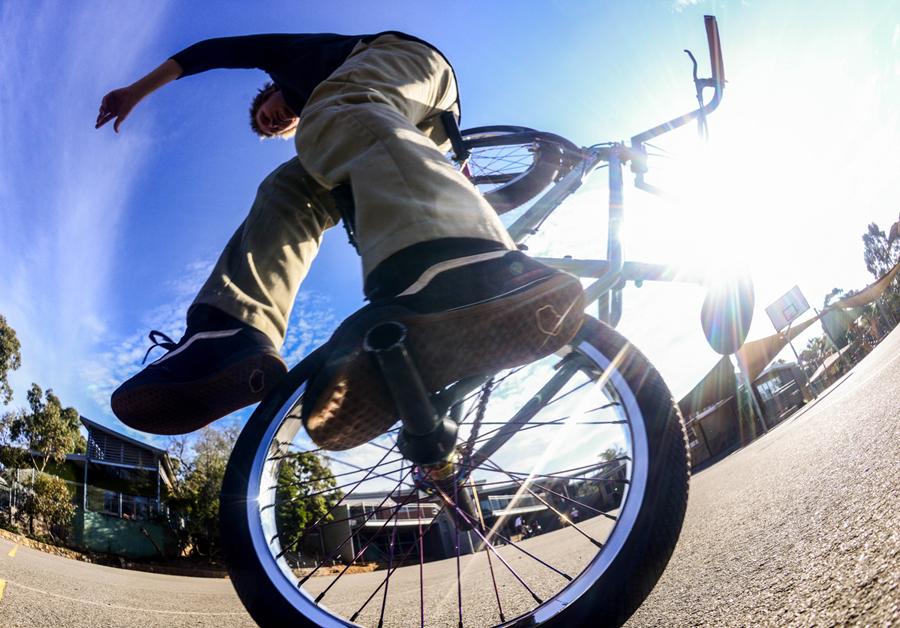 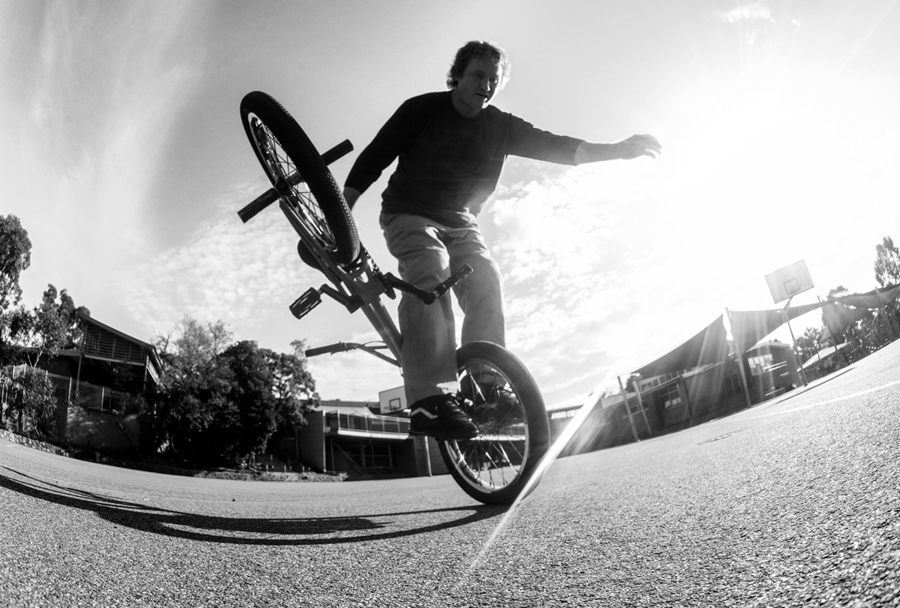 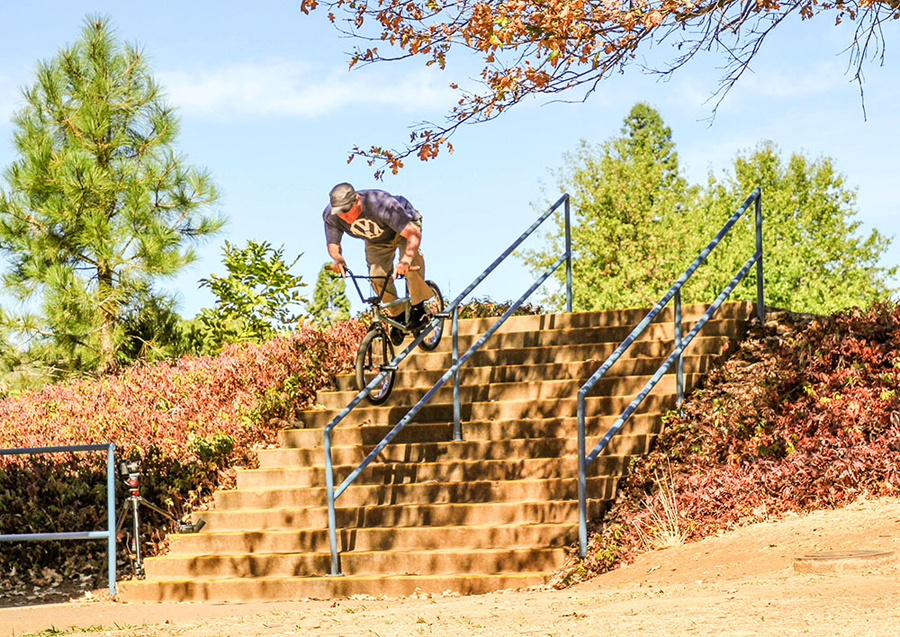 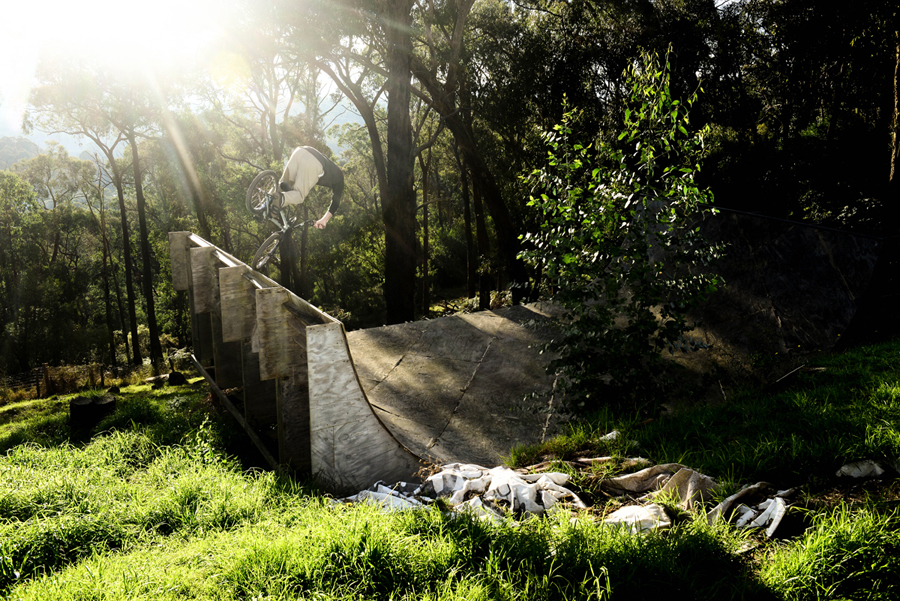 Can you give the readers a little background on the frame your riding?
It’s a throwback retro styles frame to a very limited run of frames I had made way in 1993 / 1994. Called the Prody.

Does riding a retro styled frame help keep you excited about your bike?
Yeah, I don’t even use the platform, but I just love looking down at it. Makes me feel like it’s 1994 again. Riding seemed so innocent back then.

Have you done any special mods to it?
Nah, bone stock as they come.

What was your favorite bike you ever had and why?
Maybe my Standard Shorty in had in 1995 in Translucent Red. I picked it up straight from Rick Wagner at Standard on my first ever trip to the states. Loved that bike !! The color was just amazing & it felt so good to ride.

How does this one stack up to that?
As good as the old Standard was bikes these days are just so much further refined again. Things like integrated headsets, Mid BB, cassette hubs & everything else on a modern day bike is just damn good. Kids just don’t realise how good they have it these days with bike technology. they will never know the joys of stripping out a hollow bolt wedge in their stems that’s for sure !!

This entry was posted in Bikes and tagged 2016, clint millar, colony, Prody. Bookmark the permalink.