Any rider who has picked up a shovel, gripped a hammer, or spent time looking over fences for a at least partially emptied pool can attest to the unspoken rules of “respect the efforts of others” and “no help, no ride” (or at least “ask before you partake”). These are the basic golden rules we all abide by, because we know it takes an enormous amount of resources and effort to create those trails, pump the water out of those pools, and form those concrete transitions we all enjoy so much. And nowhere is this code of conduct more relevant than at Burnside.

With the inevitable encroachment of high-rise condos and loss of Portland’s grungy small- town side, the people’s voice has stood firm: this legendary DIY spot remains. There’s been a lot of effort to improve the park on the part of the Burnside community. Many locals were calling for lights and resurfacing some of the park, and things were set in motion to raise money for repairs and upgrades. And BMX riders knew we had to do our part.

There has been a lot of push over the years for acceptance at Burnside, since Goods BMX founder Shad Johnson’s first time rolling in (bearing a complimentary case of beer as a friendly gesture) to recent times where old locals on two wheels and four shared the park in the morning hours. Some riders have spent time helping on new build outs and park clean ups. Besides the occasional drama (usually caused by people who haven’t put anything into the park themselves), we’ve come to the realization that we all want the same thing and have the same respect for the park and the people who put in countless amounts of time and energy to make this place a reality. 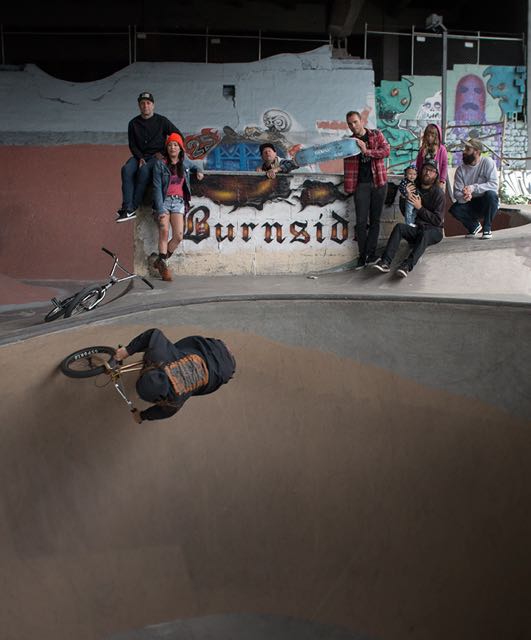 Between the many donations, the huge efforts by Dean Dickinson, Shad Johnson of Goods BMX, Nick Sawyer, and Andy Merrall—along with many other people and companies who donated products, art work and time for the cause, the BMX community proudly helped raise several thousand dollars to put towards the Burnside fund. The Nick Sawyer-designed Burnside shirt sales raised almost $4,000 alone, and Dean’s Dirty 30 art auction and event that added an additional $3,000. All told, we made a good size impact so that we could give a little back to the spot for what we get from it daily. If there is one piece of Portland that survives this flood of transplants and reconstruction, I’m glad it will be Burnside.

Words and Photos by Mark Rainha 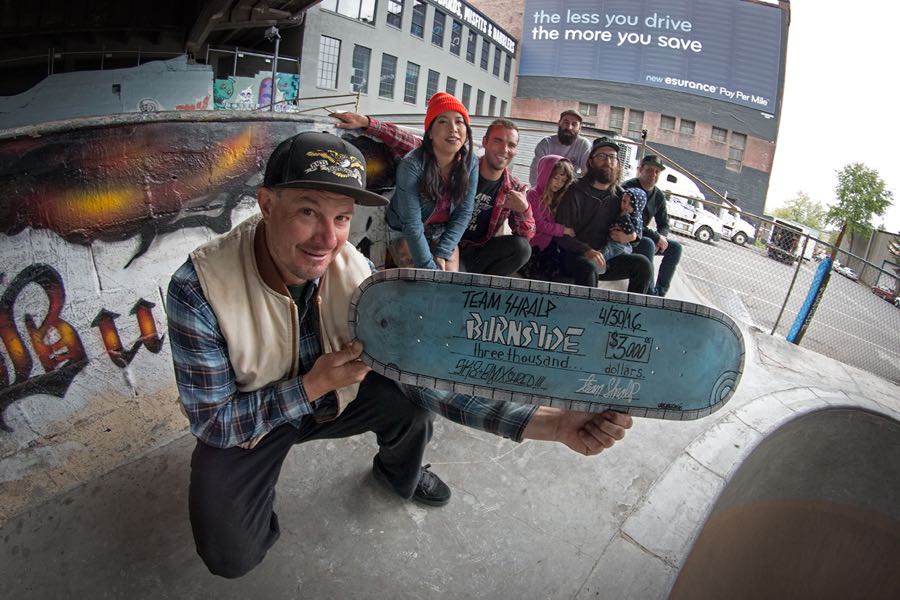 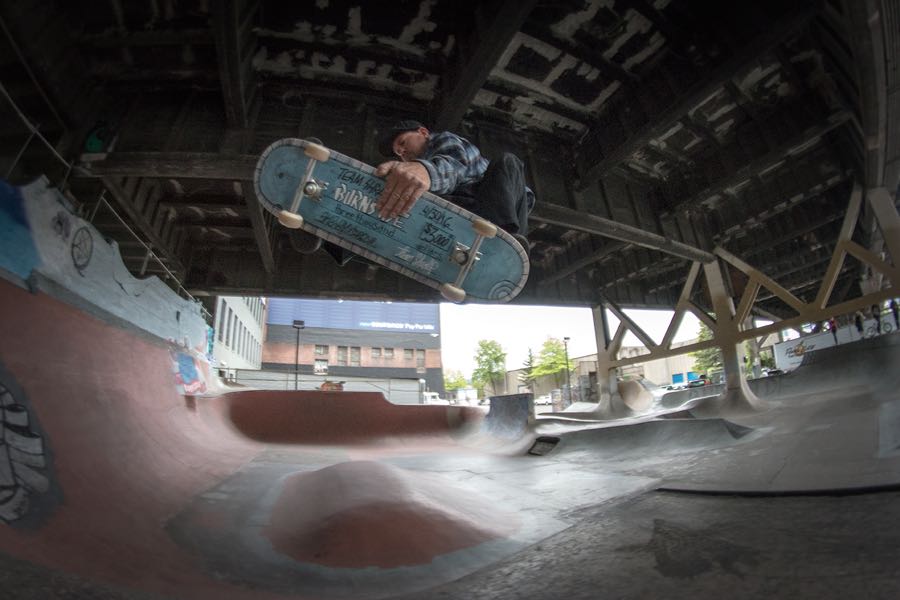