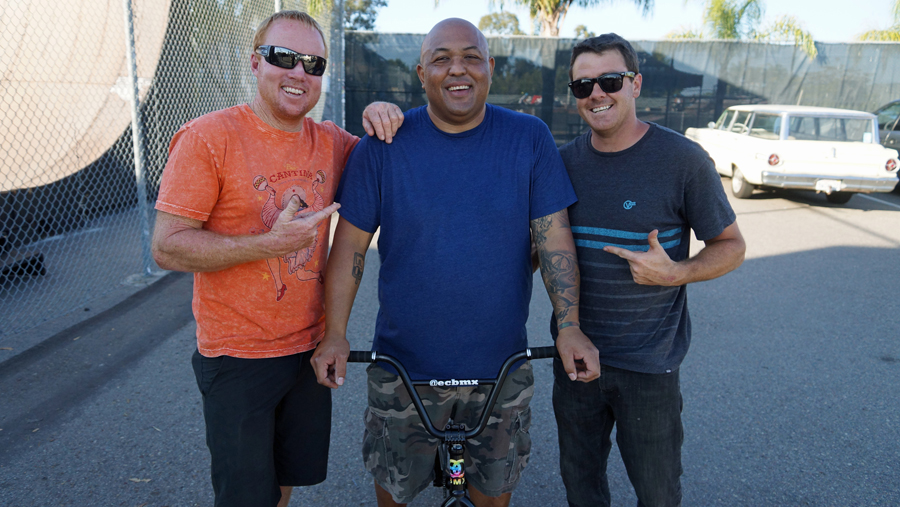 If you are ever near San Diego and need anything BMX related, East County BMX in Santee is the place to go. Along with putting on regular jams, demos, and sponsoring a team of heavy local shredders, East County celebrated its tenth anniversary this May with a free all day session at the Clairemont YMCA skatepark. I had a minute this week to sit down with Henry Davis – Southern California’s purveyor of all things cool – and ask him a few questions.

Why is the shop in Santee rather than San Diego?

At the time, Santee had the only skatepark in the county that allowed bikes in everyday for free. I knew the area well, and knew there were a lot of families with kids, and many dads who used to ride. Everyone in this part of town is into dirt bikes too. BMX and East County just kind of go hand-in-hand. 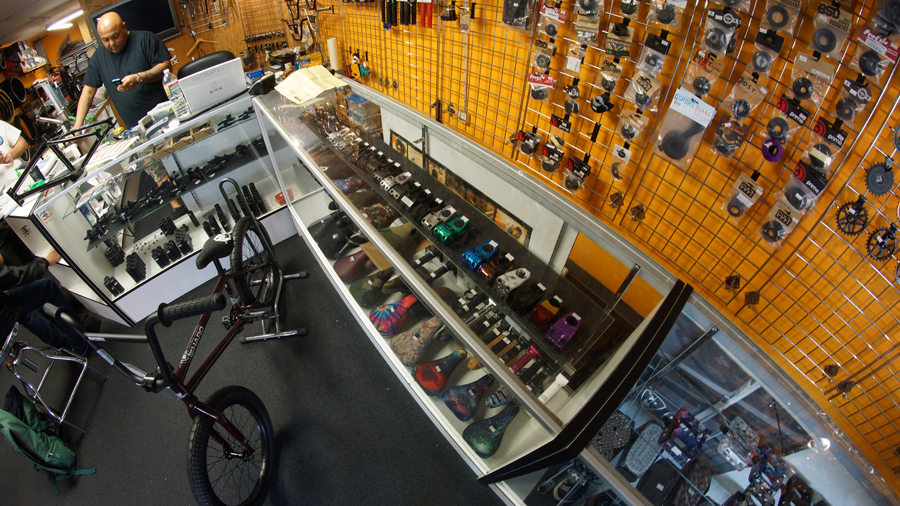 Ya, I guess it is a no-brainer. When did the shop officially open?

We signed the lease in late May of ’05, but the doors actually didn’t open until July 1st.

What has been the best part about having a BMX-only shop in San Diego?

Basically, the best part is being able to come to work every day and do something I love. If you are doing what you love, it’s like you’re not working.

What have been the biggest obstacles to keeping a shop open for 10 years?

Mostly just the ups and downs with the popularity of BMX. It has been like that forever.
It’s cyclical. It seems to be climbing out of the trough right now. I think there is more participation now than a couple years ago, at least around here.

What is your best selling product in 2015?

What was your best selling product in 2005?

The Animal Edwin grip. The Odyssey Path tire was up there too.

What is your favorite product from the last 10 years?

How important is a having a shop team?

It is vital to grow the scene in your area. Having a strong team is part of that. Every day we have kids from other parts of the world asking if we will sponsor them. (laughter) It’s crazy. Being a good rider is part of it, but of course, the most important thing is being a cool dude…someone you would want representing your shop.

Who are some of the brands that you have enjoyed working with?

Pretty much everything that we carry now comes from companies that have been cool to work with. Since day one: S&M and FIT have been great. Animal Bikes was always awesome. Odyssey, Tip-Plus/Primo and Cult are in there. Volume and Demolition, with all the riders they sponsor in the area.

What was the first bike that you really wanted growing up?

Probably that yellow GT Pro Performer that Fiola rode. I just remember thinking it was sick with the white mags. I never had it though. I had a pink one. (Laughter)

Who are your favorite riders from growing up?

Of all time, it would have to be Kevin Jones. Taking it back a little further, Dennis McCoy.

Who are your favorite riders now?

Nowadays, it is the dudes that are around here in San Diego. Dennis Enarson, Chad Kerley, Garret Reynolds. Those guys…what can you say?

Got any good shop stories you care to share?

I’ve got a gross one. This was the first or second year of the shop. So, I’m in the restroom, and I look up at the ceiling and I see something flannel colored sticking out of the ceiling panel. So I’m like “What the heck? Why would someone leave their flannel up there?” So I go to grab it. Well, turns out, it’s not a flannel shirt. It’s a pair of flannel boys boxers with a gnarly poop stain in it. So later I found out who it was. I guess there was a kid, who at the time was notorious for pooping his pants. He pooped his pants here at the shop, stashed his underwear here in the bathroom, and then just took off commando. (Laughter)

What’ is your favorite trick?
It has got to be hitchhikers. Jugglers.

What’s one trick you wish you could do?
McCircles. I tried them, but quickly realized that it wasn’t going to work for me.

What do you love about BMX?
Just the freedom it gives you. You can just hop on your bike and take off. Little problems you might be having kind of fade away for a little bit. It keeps you young.

Where do you see BMX heading in the next 5 or 10 years?

I see the popularity peaking out and then dipping again. It’s been like that forever. Worldwide or nationwide it is hard to say, but here in San Diego it’s not going anywhere.

Is there anyone you would like to say thanks to?

My wife Ellen. None of this happens without my wife’s support. Definitely thanks to Chris Myers, Doeby Huynh, Steven Caton, Sean Yarrol, Manual de la Cruz, Pat Anderson, all the brands that have supported us for the last ten years, The Markit crew. Thanks everyone. 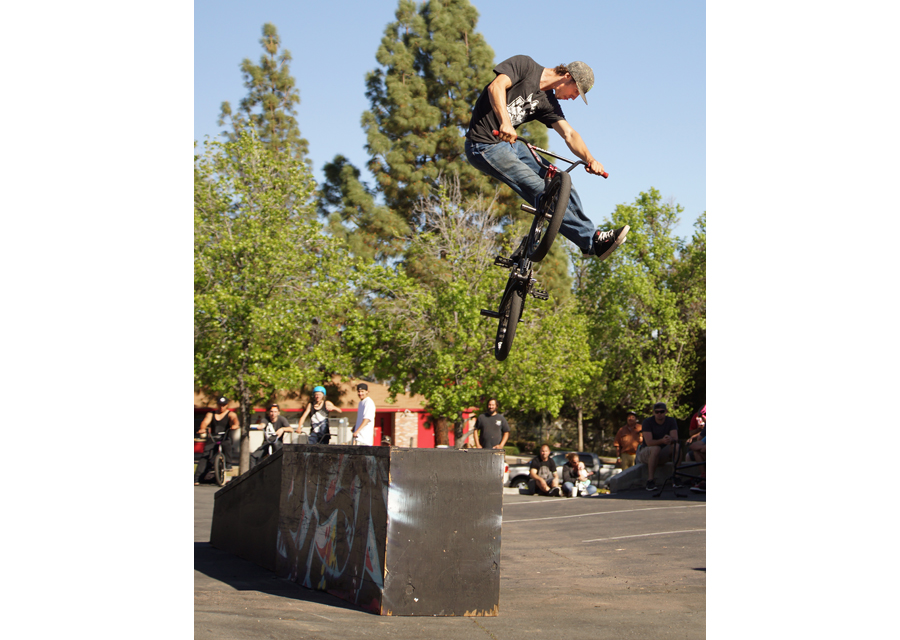 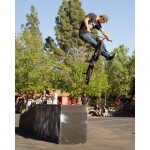 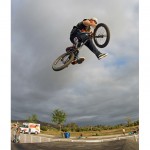 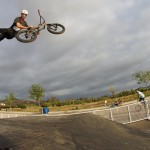 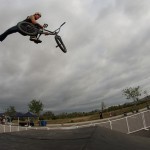 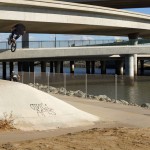 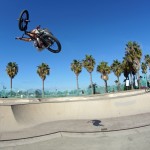 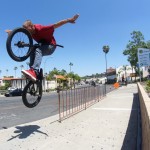 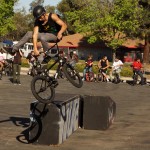 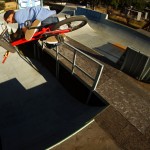 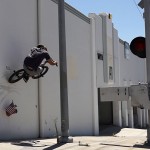 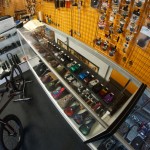 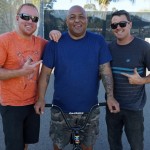