In Search Of Podcasts // Austin TX. 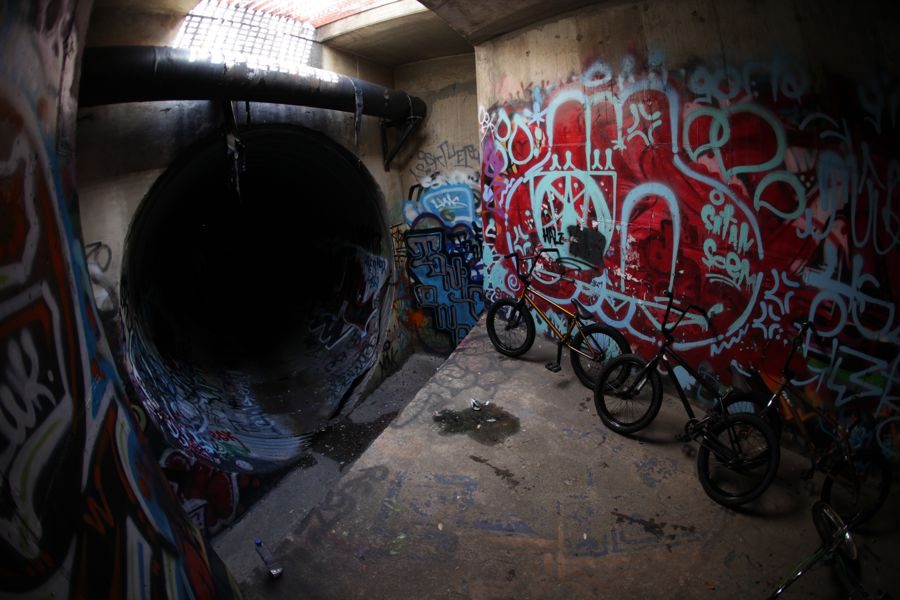 This would be the second trip i have taken to try and gather up some podcasts. This time around i headed down to what some would call the epicenter of BMX. For at least the last 25 years Austin has been home to some of most progressive riders that we have ever seen so i figure this would be a good second stop in my search of getting people to sit down and nerd out about BMX with me.

I’ve been to Austin plenty of times in the past but this time felt different.It could have been the incredible growth of the city in the past few years, the recent vacancy of the T-1 ramp, or in all reality it was probably the heat. Being from Oregon that severe heat makes my head feel like a balloon. That all can be fixed after a quick stop at P.Terry’s.

My first night i crashed at my friend Forrest’s and the second day i met up with Eben Krakau and Chris Saldivar at house park. We made our way to San Antonio with a quick stop at the San Marcos skatepark for a sunset session. 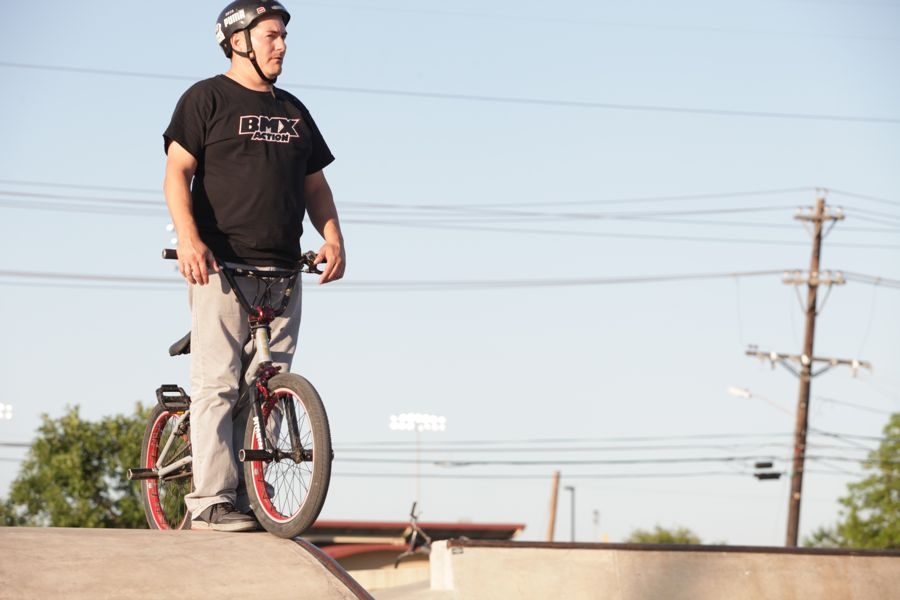 This park had a really tight lil pool bowl in the back that Eben and I messed around in while Chris roasted out this quarter while the sun was in his eyes. 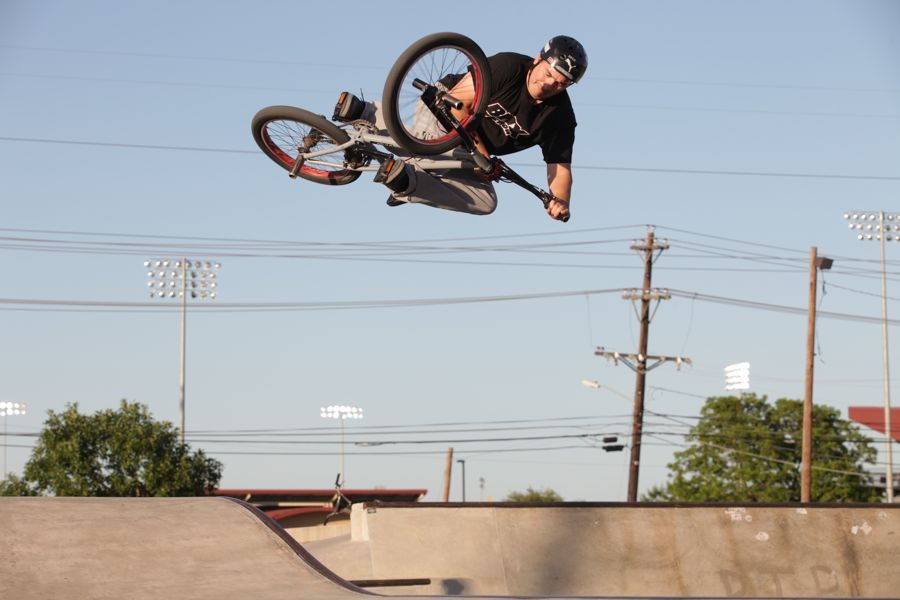 After a night of watching old contest footage with Eben we woke up to ride some DIY San Antonio spots. 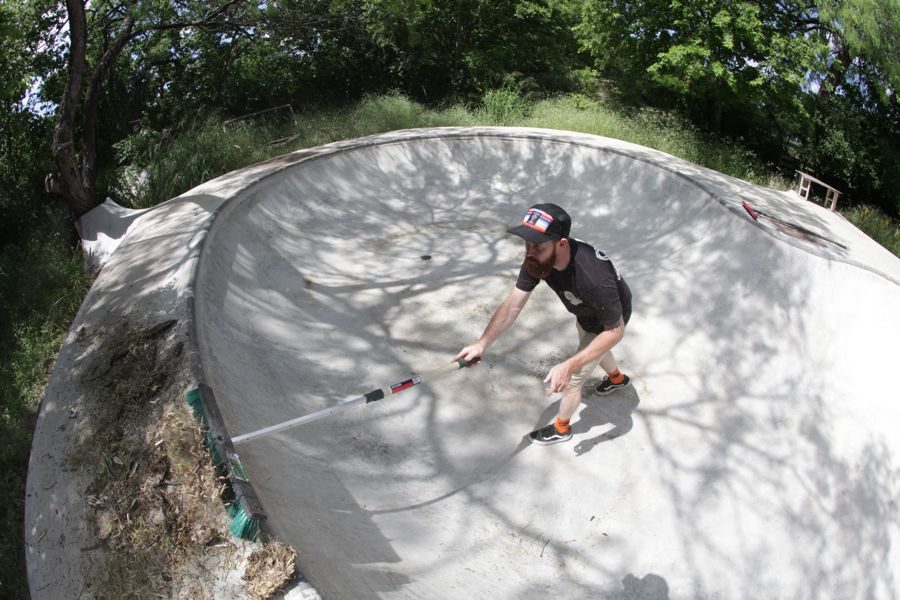 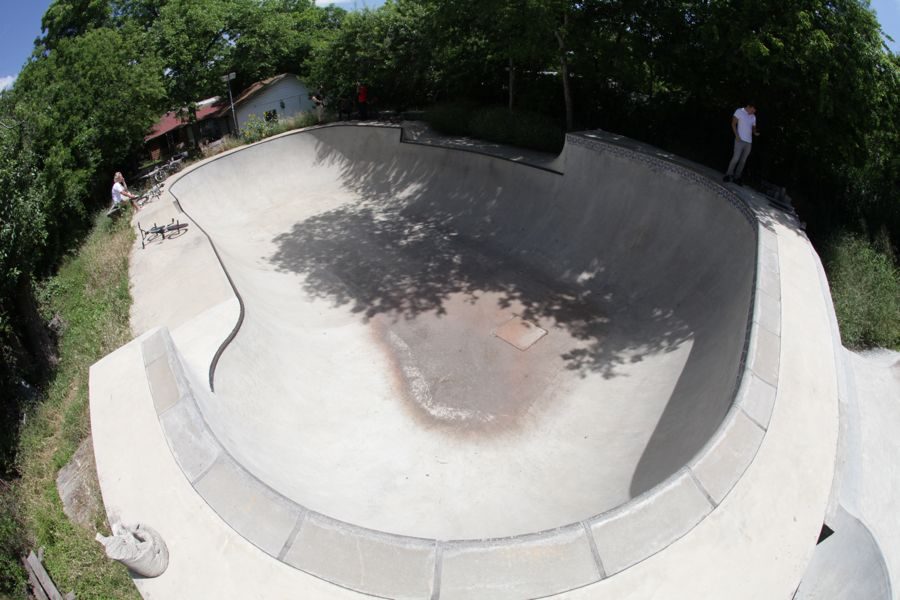 First up was two fun bowls tucked away in a backyard of a unsuspecting house. After some quick clean up we got the session going. I quickly went from riding mode to photo mode to try and find some shade. 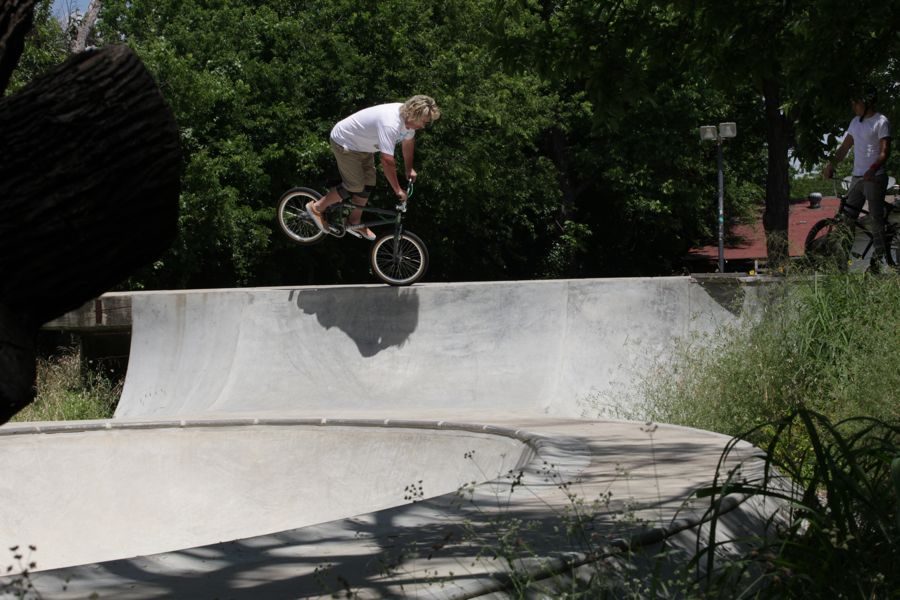 While i was getting ready to shoot this picture of Eben i had to tuck back in some high grass. Well long story short the chiggers got a hold of my legs and had me itching about a week after i left Texas. 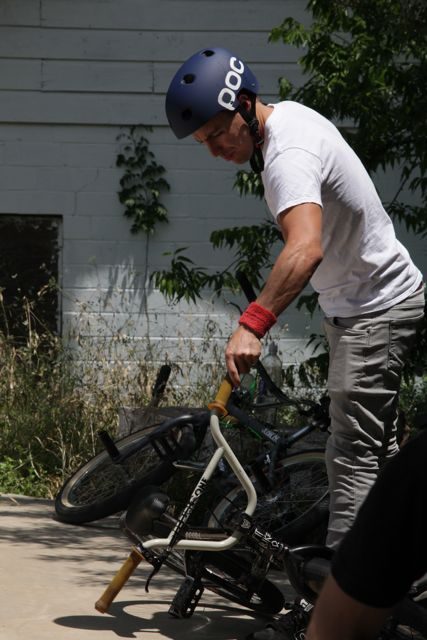 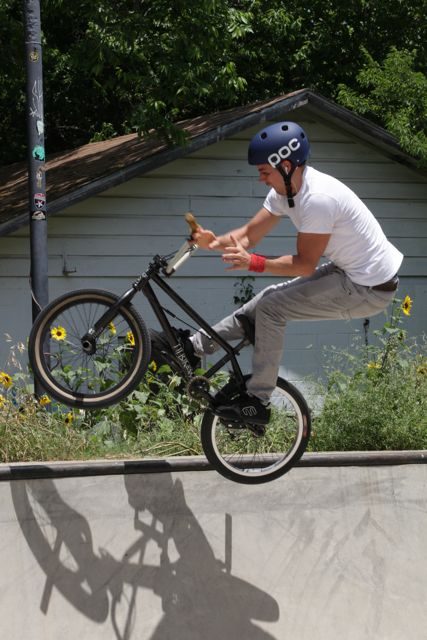 Forrest and i have been good friends for over 20 years and has called Austin his home for close to 9 years. Besides holding down a serious job you can still catch him holding his own when it comes to riding some concrete.This barspin ice was no joke. Big thanks to Forrest for always giving me a place to crash when i’m there. 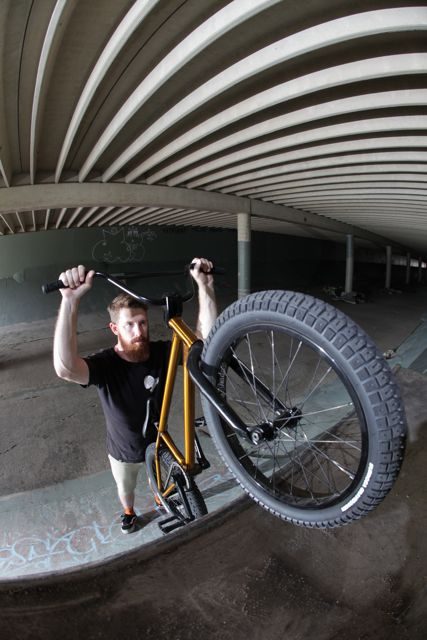 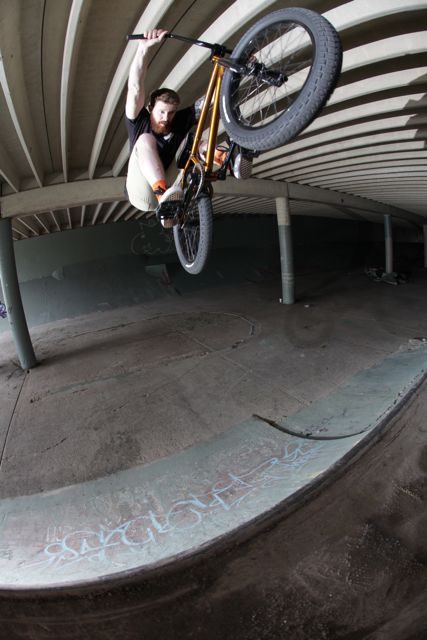 Jake Conard rolled with us while we were in San Antonio and kept the session alive while the old men in the group caught their breath. Dave Parrick inspired fakie air. 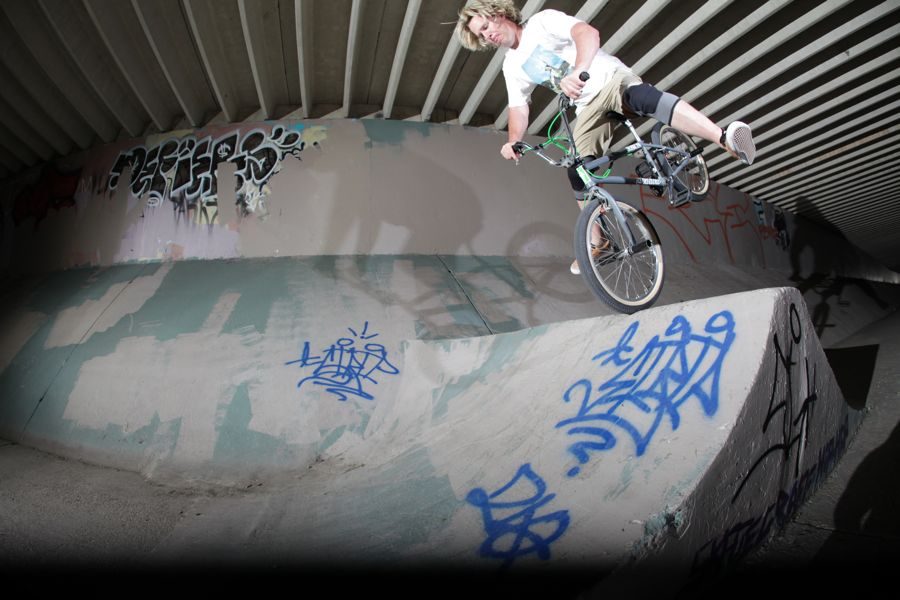 Eben isn’t riding a Standard in this photo and it’s not 98′ but he still has a deep bag of tricks and this rugged concrete street spine was used well this day. 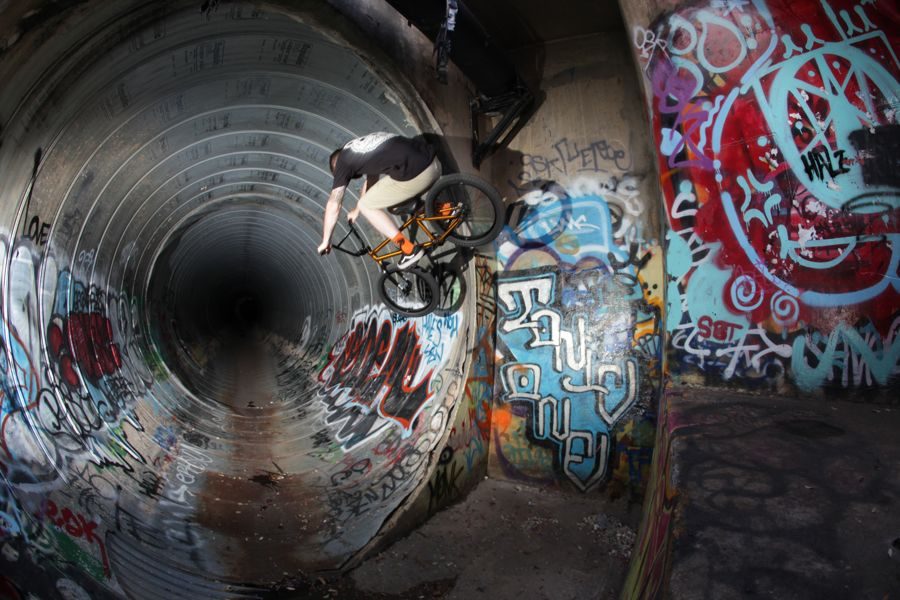 Jake & Eben wanted to hit some underground spots. When i say underground i literally mean we were riding under the city of San Antonio. I love grimy spots like this and big thanks to those guys for sharing this little jem. I shot this photo of Jake about ten times due to my flashes being on the fritz. Perfect nosedive into the belly of the beast. 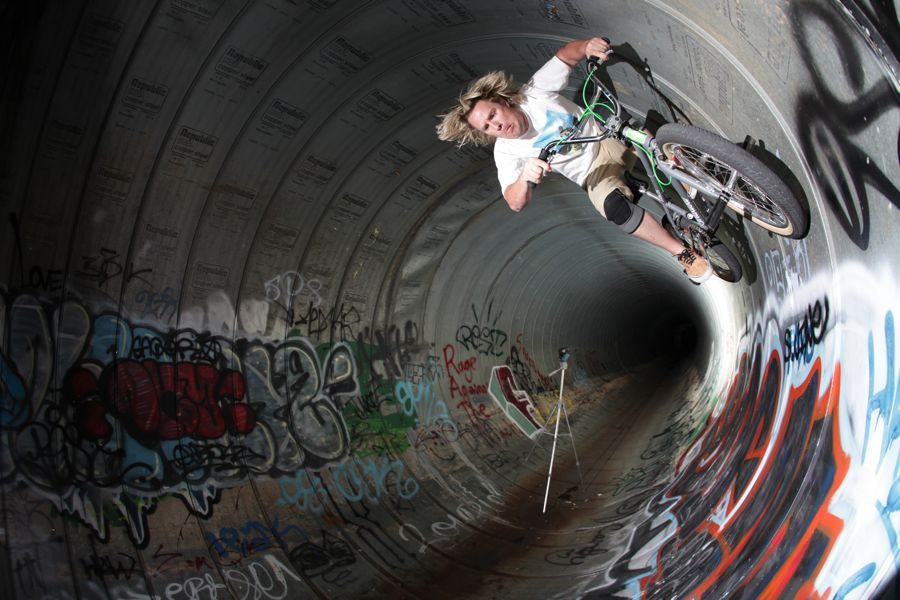 Eben clocks in on the pipe with last run of the day. 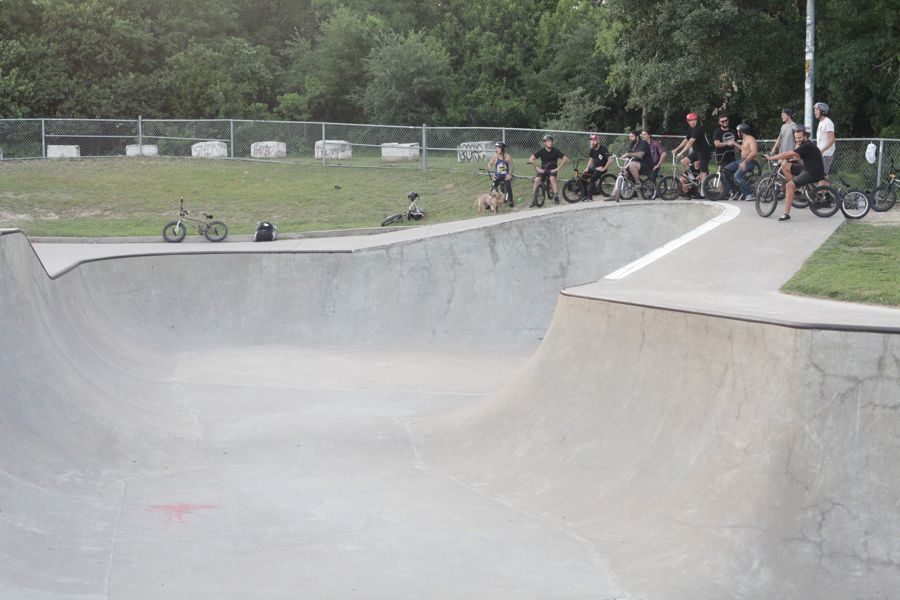 After spending 2 days in San Antonio i headed back out to Austin. Unfortunately it rained a few of the days i was there but Stew Johnson came thru and let me borrow his 15 passenger van to mob around in. The rest of my trip was driving around catching sessions and trying to go swimming while fitting in recording some podcasts. 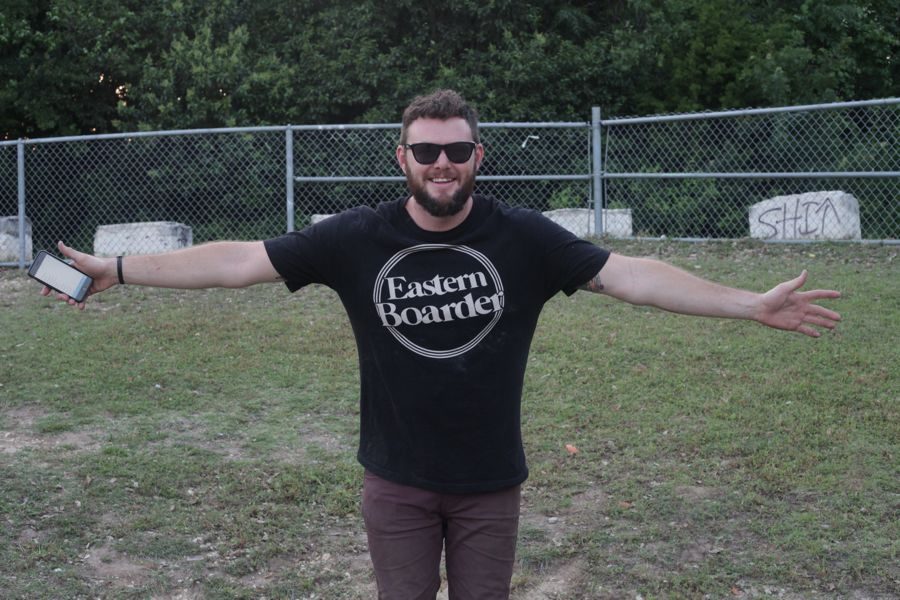 Brian Hunt was hurt but ready to hype the sessions at Mable Davis while i was there! 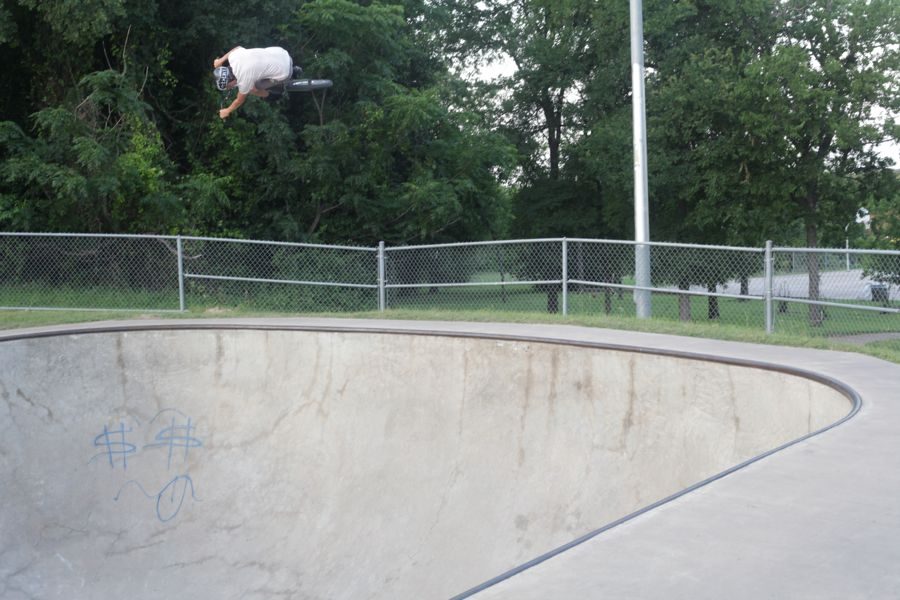 Clint Reynolds with a casual roast at Mable Davis. The sessions here go hard in the evenings. 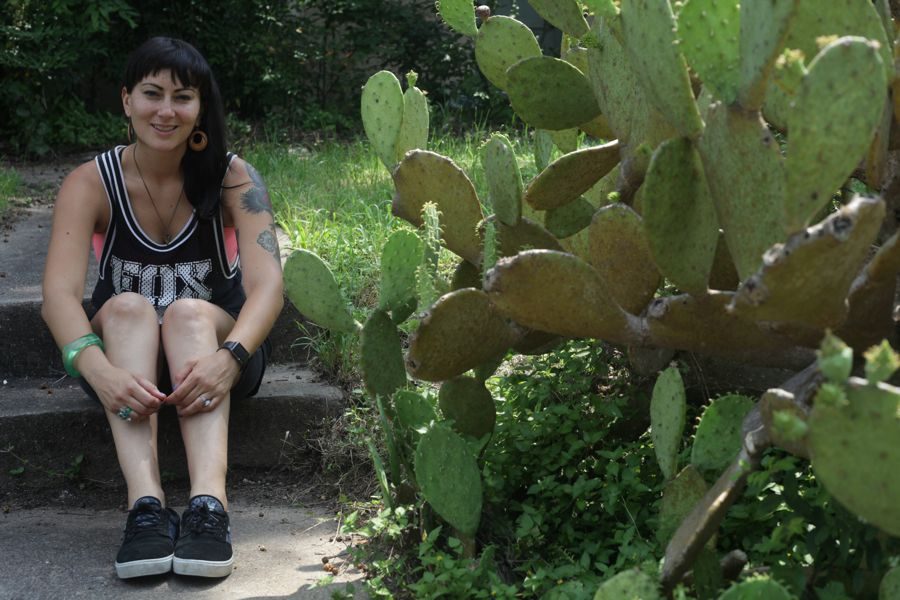 These podcasts should be popping up the next few weeks. Look forward to talks with Aaron Ross, Eben Krakau, Chase Hawk, Nina Buitrago (Pictured Above), & Sean Burns. Big thanks to Forrest Berkey, Lee Sultemeier, Eben Krakau, The whole Empire crew, Steven Tyler, everyone that sat down with me and let me record them, Stew for letting me drive his rig around, Walter Pieringer, and i’m sure i have forgot someone but thank you all for your help.

8 Responses to In Search Of Podcasts // Austin TX.