In case you haven’t noticed, we’re doing a flatland theme this week. Today we have Leif Valin’s superb section from Balancing Act and a short interview with the man himself.  Leif and I met in January 1992, not long after his well deserved Bio was printed in the pages of GO: The Riders Manual. Every encounter I’ve had with him since then has been memorable. He rules on anything with two wheels, and if you’ve followed his life at all, you know he’s a rad dude.  Check out the video and then click here to read the interview. 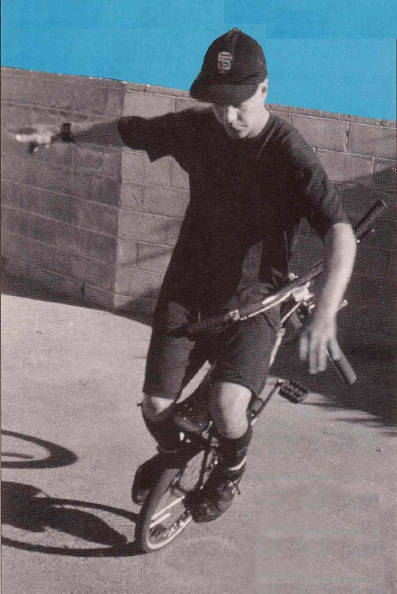 What do you remember about filming with Mark Eaton for Balancing Act?
The time frame that Balancing Act was filmed was a good one. We were riding mostly at the fairly recently paved upper Mt. Rose parking lot and the Springettsberry tennis courts. I had a budget to live on of approximately $2.34 per day – – lavish times! I filmed a lot with Eaton and we had gotten footage for Until Monkeys Fly as well.  It was always good to film with Eaton! No boring angles and he’s a roller derby camera man with original techniques!

Eaton is the man!  His live DJ sets are awesome! Do you remember what was going on in your life during that era of BMX (96-97).
I was riding for Hoffman Bikes, Airwalk, and Play Clothing.  I would do Sprocket Jockey shows when I could to bolster my lavish daily expenses and stay out of the 3rd shift convenience store clerk scene. Also riding a lot, learning new stuff, wearing out tons of tires and shoes, dumpstering for bagels, and having fun! 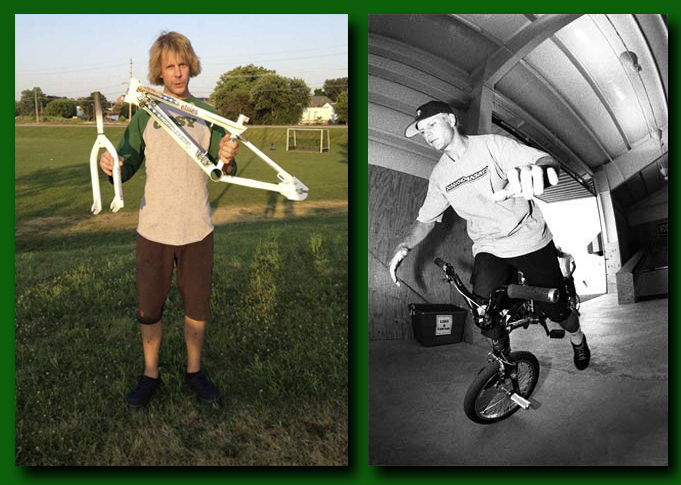 Going back a bit further, you’re from Colorado so how did you initially connect with the Plywood Hoods in PA?
I first went out for the York Jam. I had talked to Chase (Gouin) a couple times about visiting, bought a Greyhound bus ticket to York, and a long 52 hr. bus trip later, I was in the lush, green East Coast! It was awesome going from the west to east and seeing all the landscape and building changes along the way. I stayed for the jam and for a couple months after, I rode with Kevin (Jones) a lot, met some awesome people and planned to come back.
I bought a 1977 Civic with a blown motor for $150 when I returned to Colorado.  With the help and guidance of some friends at the motorcycle shop I worked at, I rebuilt the motor and fixed up the little red Civic to make it road worthy.  Then I headed back out to York.
I’d sent a couple of sponsor-me letters/videos to Airwalk and spoken to Kim Boyle.  He asked me about my plans. I was hitting all the BS contests, and he said he’d be at Shimerville and to come say hello when I got there. I did well at that contest and after it was over, I introduced myself to Kim. I was nervous.  He said he’d watched me ride and to call him.  I was officially on Airwalk! I was elated to say the least.
After my journey out east, in my new-to-me Civic, meeting so many like minded people, getting 2nd place in the contest, then Kim casually telling me I was on Airwalk – –  I couldn’t believe it!  I was staying in a hotel room that night with some Hoods, and I was too excited and overwhelmed to sleep! I sat against the wall in the dark, drinking a beer while everyone slept, wondering if all this was real!

Sweet! I know you’re into road and mountain bikes a lot right now.  How often do you ride BMX these days and do you still ride flat?
Ever since I was little, I’ve always ridden all types of bikes, thanks to my Dad. I ride to work almost everyday and really enjoy mountain biking.  It is amazing to be out in the woods shredding the trails with my lady or friends. It’s a good mix of nature’s beauty and a physical, technical challenge. 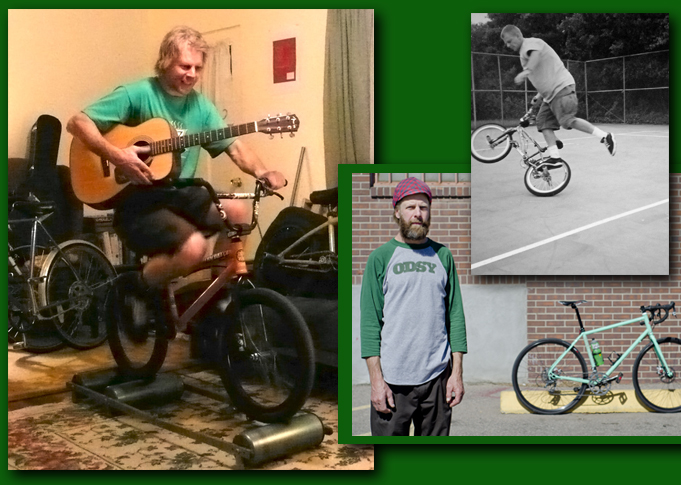 I still ride flatland, dirt, and some streetin’.  Hopefully I’ll be riding for a long time to come! I’ve been riding the Fairdale TAJ 26″ on some jumps lately having fun.  It’s just a bigger BMX really. Fun is fun!  We went on an awesome Fairdale trip to France last year and got to ride some of the most amazing/famous climbs and sights that I’ve ever seen. I can’t thank Fairdale, Vans, Taj, Chris, Sandy, Francis & the Cotsonas family enough for that experience. Check out a little vid of our trip here  (Editor’s note: The Fairdale folks also recently took a trip to Glacier National Park.)

Very Cool. Anything else you want to say here?
Thanks for Snakebite and all the rad!

From everyone at Snakebite – Thanks Leif!
//PC