Lets Talk About It // Dino Deluca 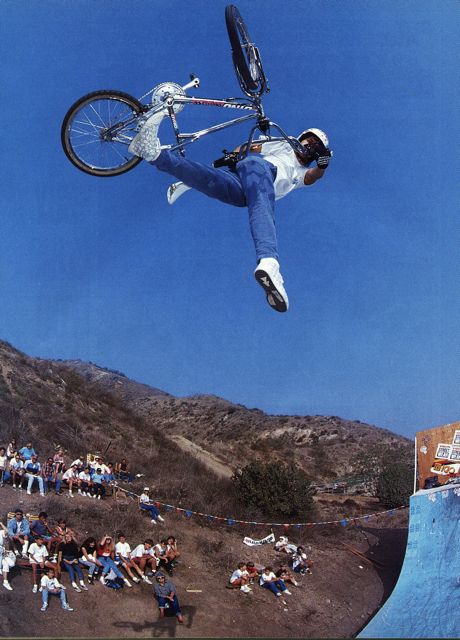 I was flipping thru the 1989 February issue of BMX Plus and came across this photo of Dino Deluca on his local ramp in Camarillo. The photo was from a contest that they thru. two things about this photo that I like and why I wanted to post it up.

First Dino is wearing street clothes. I love seeing photos from the 80’s of riders looking like they would normally when they were just getting a session in with guys. I know toward the later part of the 80’s you would see this a little more with some of the core guys but I feel like the GT/Dyno riders were rarely seen without the jersey’s. I know this sounds like such a petty thing but I feel like it was a big deal when riders started going away from this.

Second was that Dino is just doing a simple cancan. I mean it’s more than a simple cancan its a really stylish can but like lots of riders Dino usually would get photos of Rubberband airs or his signature Lookbacks while using that coaster brake for maximum boneage.

I wanna hear your guys thoughts on the picture and if you preferred seeing guys in the jersey’s or in street clothes. Chime in on whatever you like in the comments.

This entry was posted in Photos and tagged 1989, camarillo, dino deluca, dyno. Bookmark the permalink.

4 Responses to Lets Talk About It // Dino Deluca