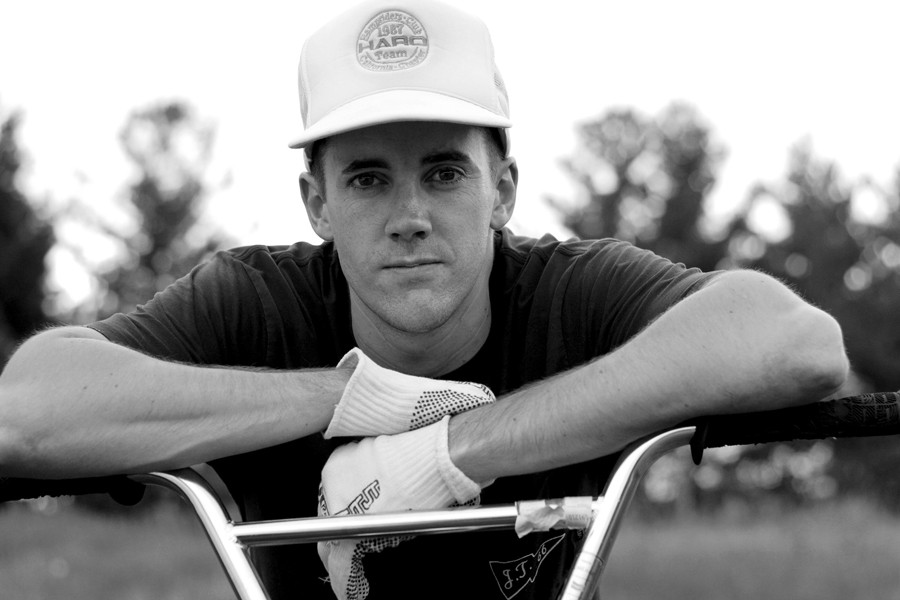 Several months back Shad and I were talking about some “fun” ideas for the site, one thing that came up was to possibly have various people write something about a certain photo or video that influenced them with their riding. I mean, honestly every one of us either has a favorite rider, or something that really influenced us and made us chose the path we each individually took as riders. Going through a long list of riders, I felt that we might as well start this thing off with a bang and have Casey Smith give us the lowdown on who and why he rides the way he does, and what and who may have influenced him along the way. Personally Casey personifies to me what bmx is all about, having fun. In my thirty plus years involved in BMX I’ve come upon quite a few characters, but to me Casey definitely looks through things in a way different light than most riders his age and it shows. Most riders his age have no idea who Craig Campbell or Hugo Gonzales are, well Casey does. So with that let me introduce you to what is part 1 in what will hopefully become a series titled “Under the Influences”, I hope you enjoy.
-Eben Krakau

Summer, 1984; freestyle BMX is blowing up. Ron Wilkerson is seen on the cover of the first issue of Freestylin’ BMX Magazine, Josh White is doing 540’s, 15 year old Mike Dominguez is ripping six foot airs at Del Mar…1984 was also the year I was born. Allow me to clarify something, I’m not old school, I’m not even old enough to be old school. Old school BMX should be preserved by those who have experienced that era. I am simply an offspring who has been molded by the riders that came before me. Perhaps revitalizing an era is wrong, perhaps it shouldn’t be touched, but I can’t help it. Every time I ride, I pay homage to the pioneers and legends of BMX, to those who have nearly killed themselves for their passion to ride, and to those who stay true to themselves in an ever-changing BMX world.

It’s over for me.

I’ve been riding consistently for 20 years. I’ve never slowed down, taken a break, or “grown up” for that matter. The only time I was unable to ride was when I deployed to Iraq, but that was only because I didn’t think there would be anything to ride (for which I was mistaken). My “time” has come and gone. The crucial time when I could have pushed myself to achieve success in the sport was between 1996 and 2002. But that’s just the thing; I’ve never thought of BMX as a sport, it has always been simply a hobby to me. However, just because it’s one of my hobbies, doesn’t mean I don’t have passion for it, or that I don’t push myself. Don’t get me wrong, BMX stardom has crossed my mind many times, as I’m sure it has for many young riders, but you know what? I have always been completely satisfied with what I have in front of me. If I’m riding a bowl with my friends, I’m happy…and it has always been that way.

Having ridden for a consistent 20 years and not coming across a single sponsorship offer will test one’s love for BMX. It wasn’t until about two years ago that I started receiving some product from Haro and Skyway, but those are what the bmx world calls “bro deals”. But let me tell you one thing, friendships last longer than bicycle parts. I truly appreciate the love from those two companies and it’s without doubt that I will gladly represent them forever, simply for their generosity and friendship.

Where do I belong?

In a whirlpool of trends, I feel like I’m watching everything from a distance. If I feel myself getting “too involved” with the BMX world, I begin feeling conceited and egotistical and I back out. This has happened over and over in the past 5-10 years. I’m at a point right now where I really feel like I found myself, my true self. I’ve shifted my focus on the things that really matter; family, friends, and ripping a table out of a concrete bowl. That’s all I need to be comfortable, and being comfortable is all I really need. Again, I have passion for BMX, but my passion is simply being able to ride BMX.

I’ve been told that I have an old school style, but really I’m just cruising. I do have many, many inspirations but I’m not trying to be this or that, I’m just riding a bike the way I enjoy riding it; it’s just BMX. So, where do I belong? This sort of enigma crosses my mind more and more as time goes on. As previously stated, I know I will never make it in the BMX world, yet I have this constant urge, or…need to ride. I guess I’ll just keep doing what I do, make friendships, get kids stoked on BMX, and slope some coping when I can. 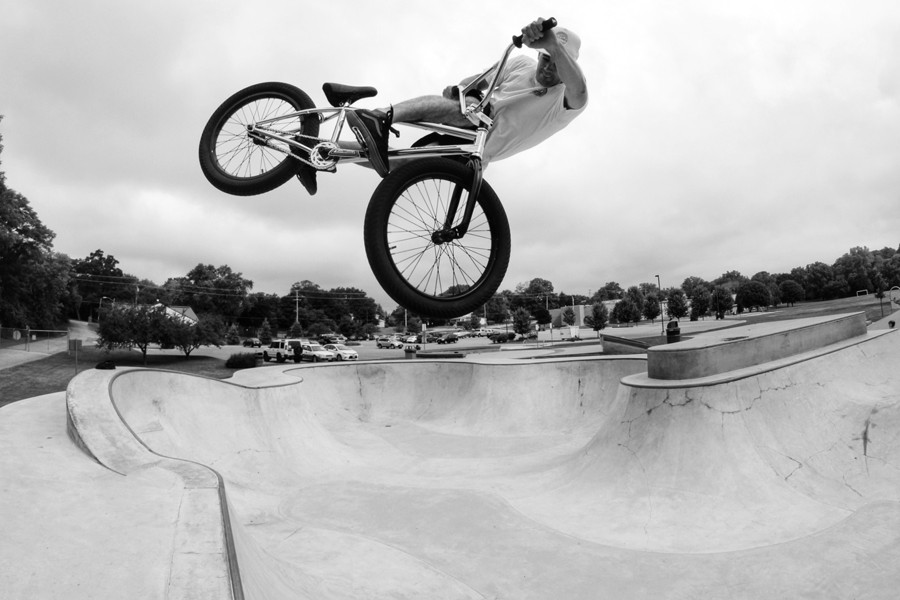 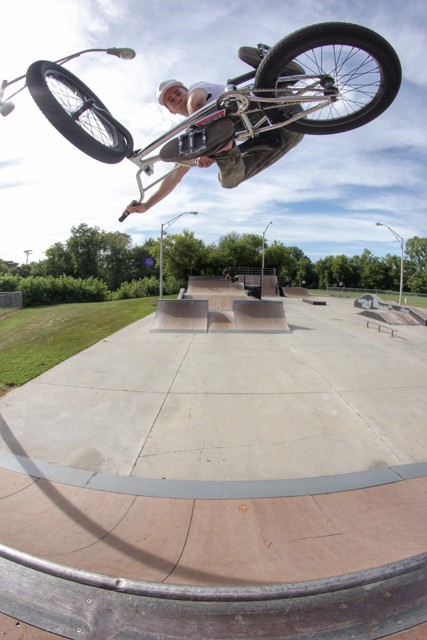 This entry was posted in Articles, Stories and tagged 2015, Casey Smith, eben krackau, lost in translation. Bookmark the permalink.