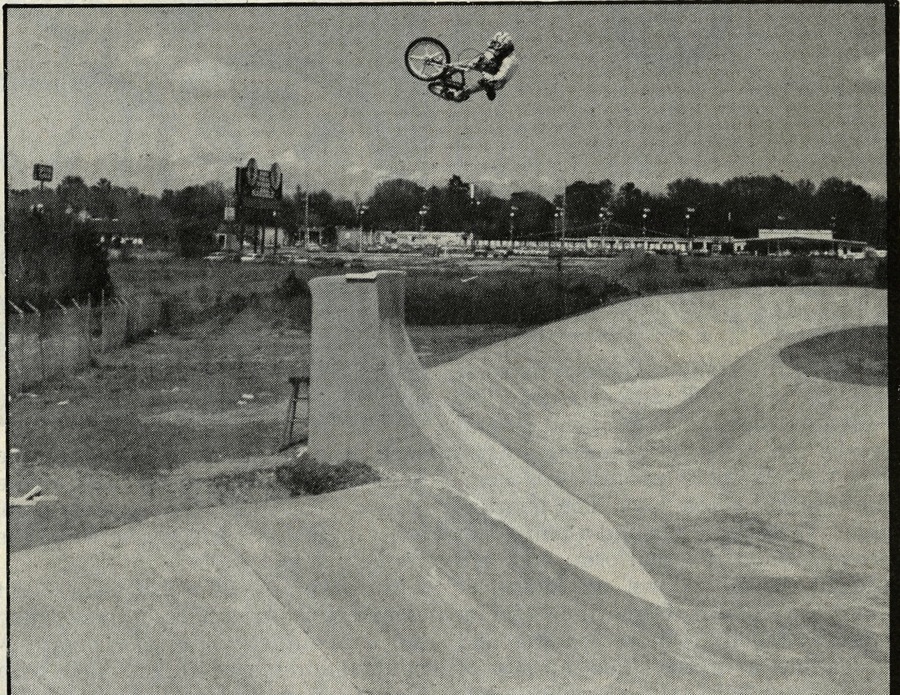 So much has already been said about Mike and how ahead of the curve he was when he exploded on the scene in the early to mid-eighties. As much as I feel like the BMX history gods sometimes overlook Mike I feel like I usually have a good grasp on what he has done, due to me being as you all know an insane BMX nerd. I’m always one to jump on the chance to pick up old BMX mags especially ones that I didn’t get the chance to see when I was younger and when I received the 1985 summer issue of Freestyle Magazine which was done thru Super BMX was blown away by two pictures of Mike from the Hutch tour.

Kona Skatepark in Florida has some intense history and the quarter pipe thats Mike is riding is definitely no walk in the park. Mike is owning that quarter on a Trick Star, which if you don’t know is fucked. The only other footage I have seen of someone riding that quarter halfway decent is Hoffman from an old contest but still not quite to this level.

The next thing might be even more impressive in a completely different way. Mike pedal stalling this quarter. This is about 4 years before Steve Swope started doing double peg grinds on vert and iI can bet that a normal vert ramp is far more forgiving than this seventies monster.

So once again an old forgotten article has snuck up and changed the way the way I look at things and this time I will be looking at that old kinked quarter at Kona wondering if anyone else could push things forward again like Mike did on that day.