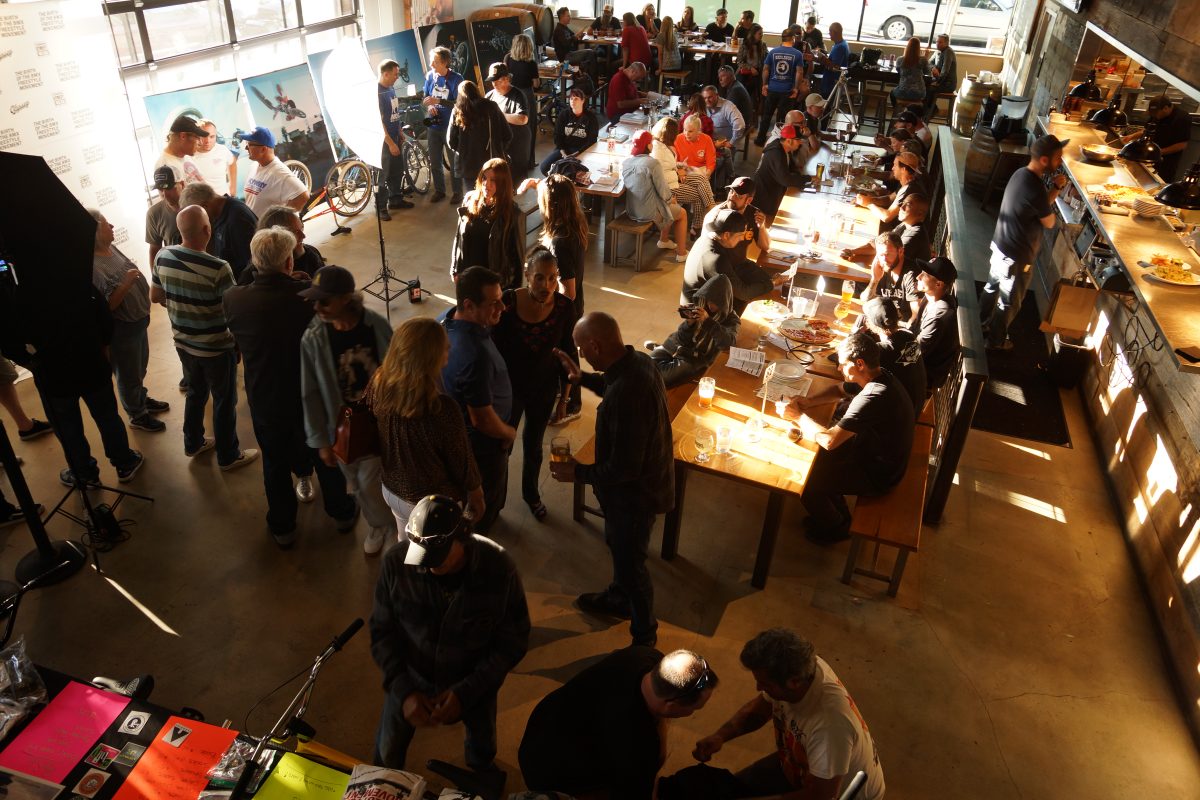 For one night on East Street in Downtown San Diego, a legion of BMX heroes gathered together to celebrate the release of the revised 2nd edition of Dom Phipps book, The Birth of the BMX Freestyle Movement.  Here is a quick collection of photos I grabbed while my wife and 2 year old son unwittingly ate pizza at the impromptu Dave Vanderspek memorial table. 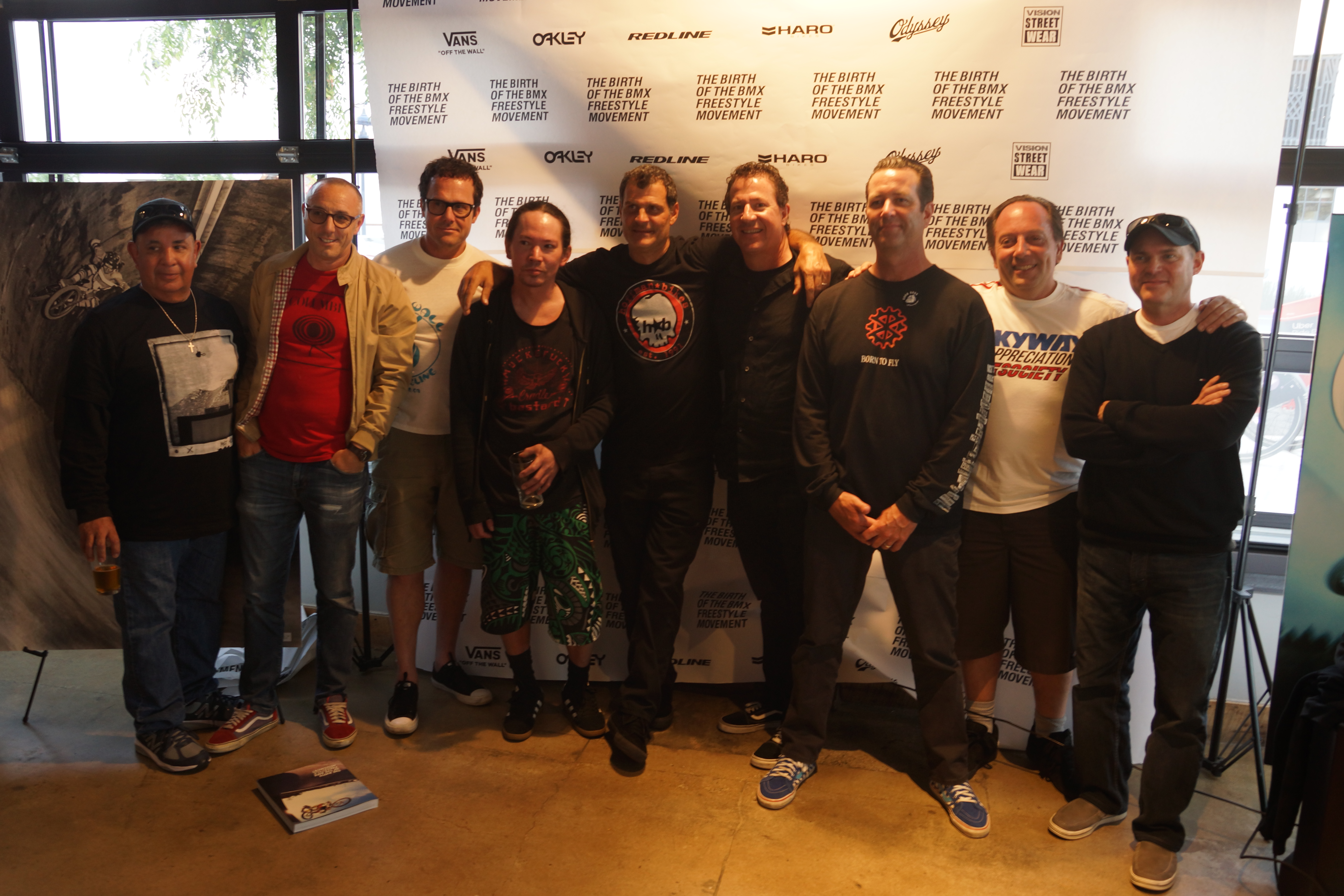 In case anyone had forgotten why we were all there, there were some amazing, iconic images on display showcasing fractions of a second during the of the formative years of freestyle. 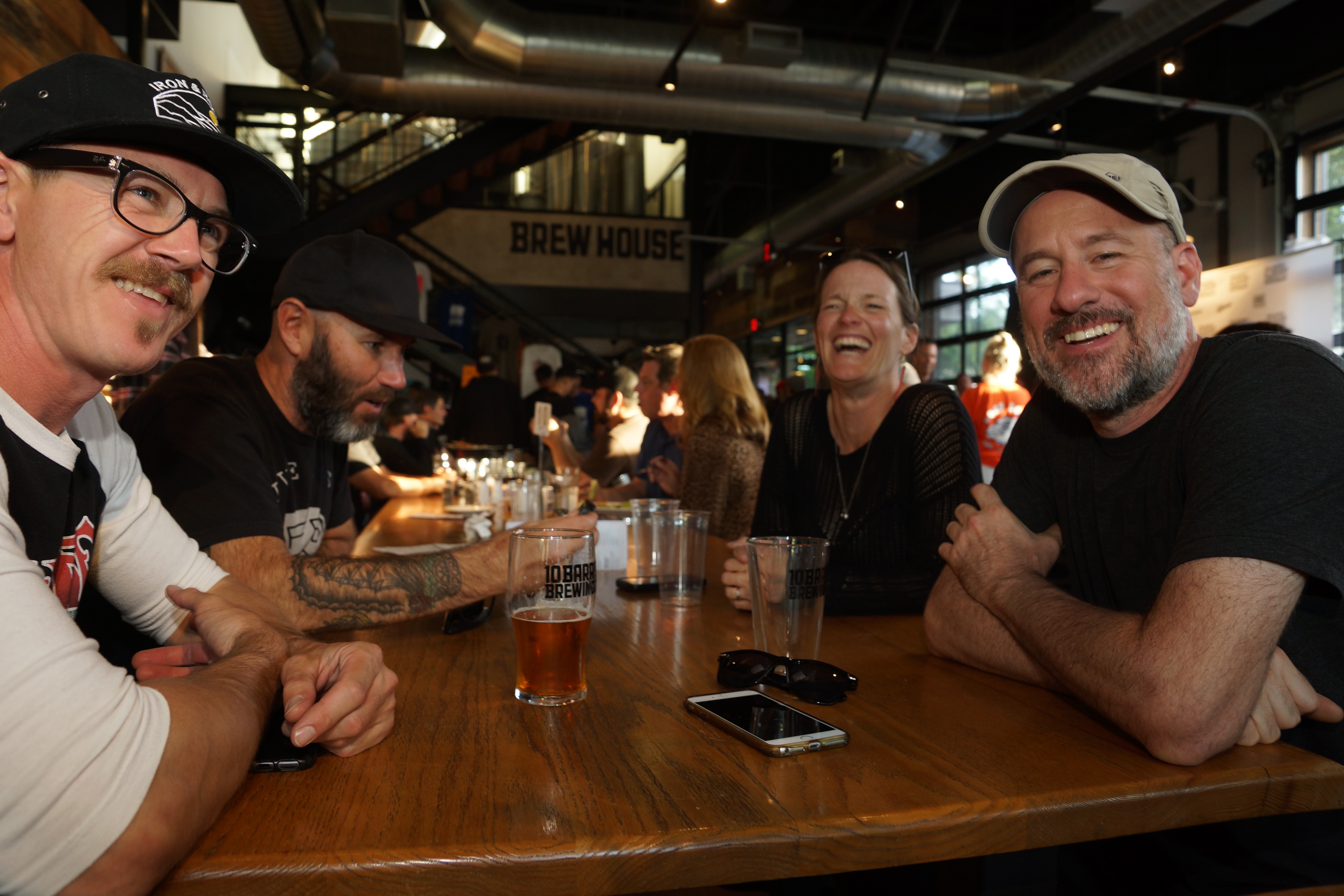 BMX Video magnifico, Stew Johnson, was in town to finalize a few things for the 2019 X Games Real Street broadcast.  Stew, who is always working on the coolest projects for BMX, took an evening off to hang out with friends and share a few laughs. 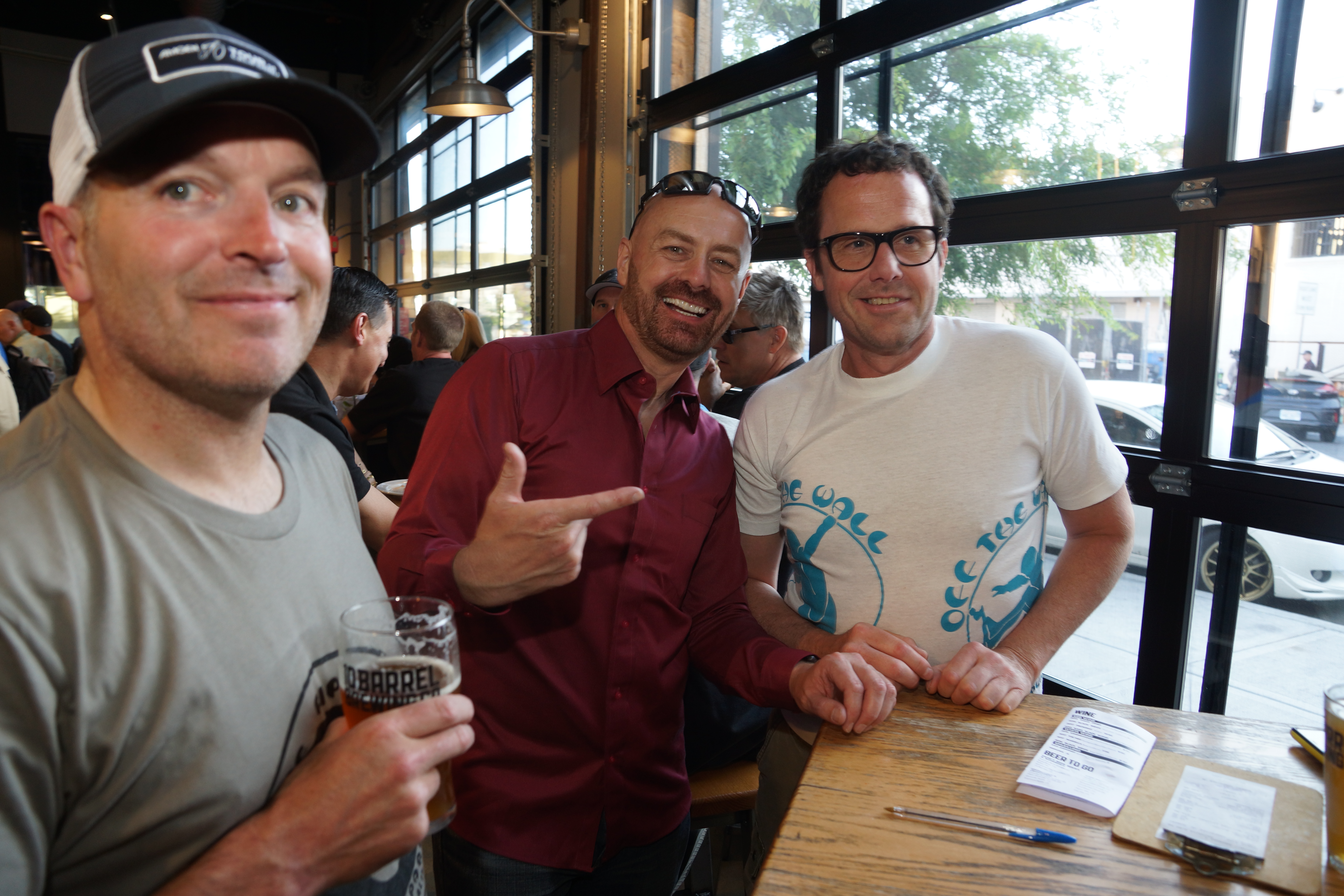 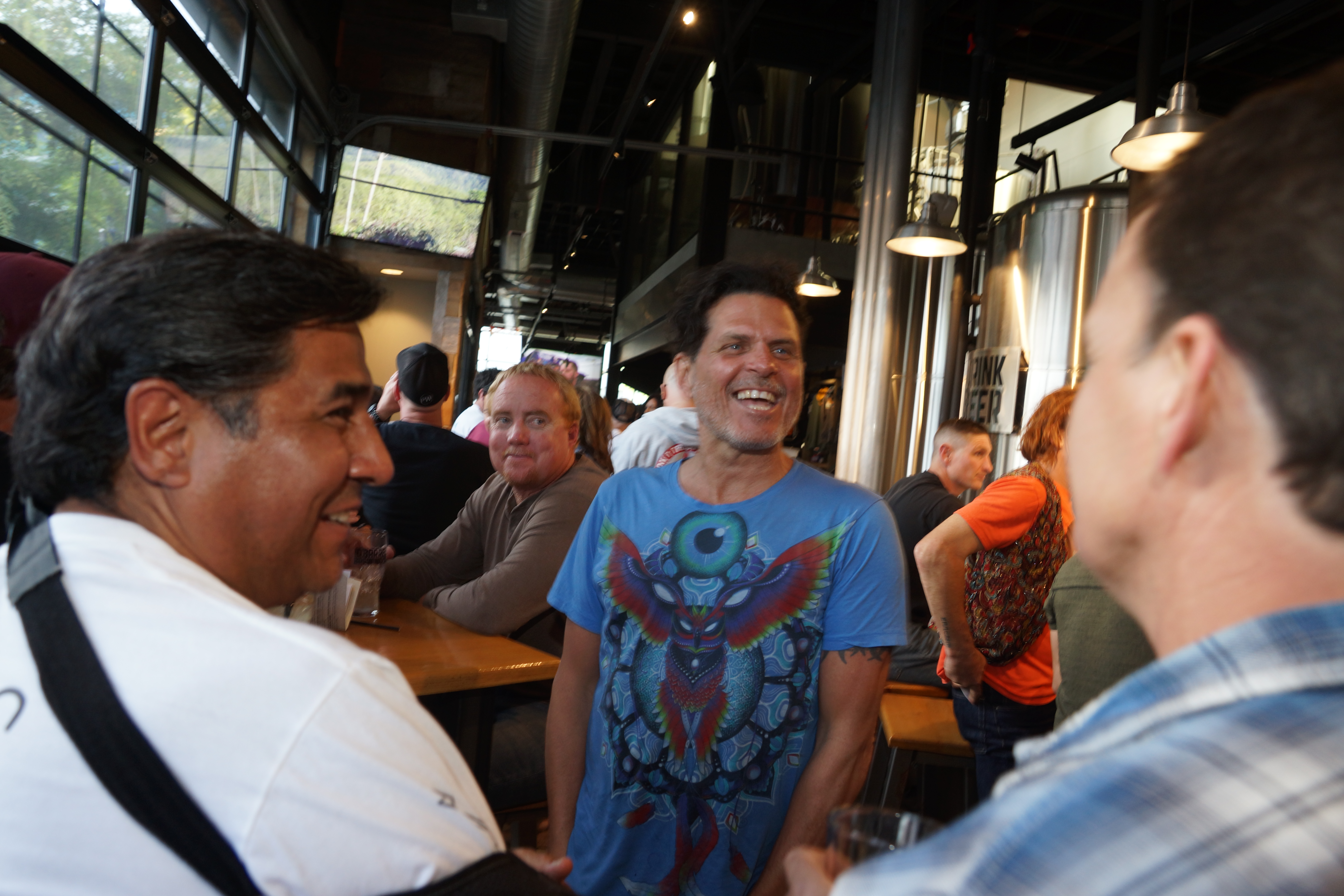 Xavier Mendez with a broken wing, Dave Voelker, Frank Scura, along with a few folks I couldn’t identify. The collective amount of past concussions in one room was overwhelming, likely contributing to the many glances of vague recognition that were exchanged. 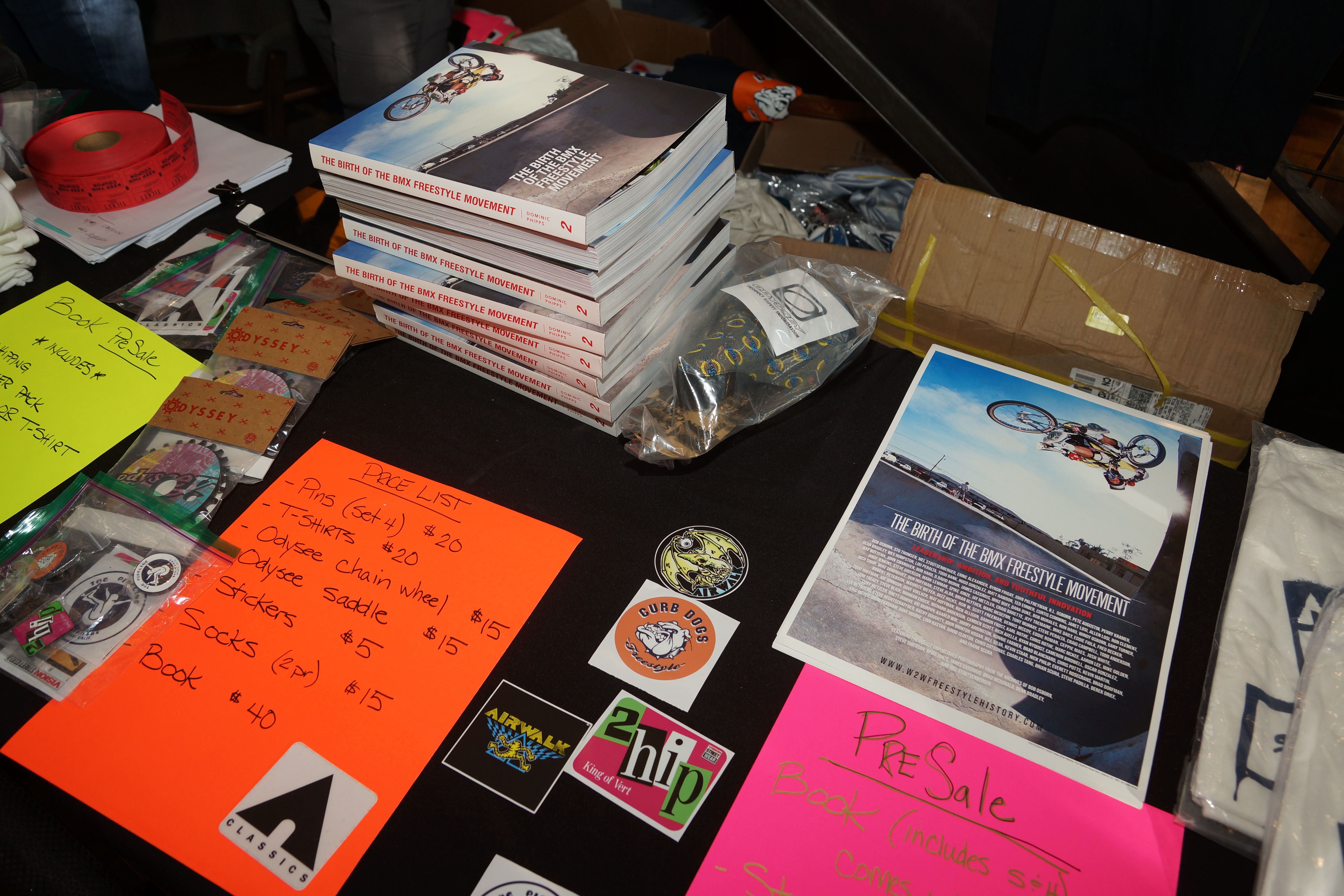 Airwalk, Haro, Oakley, Vans, Odyssey, 2hip, and Vision Street Wear (you read that right) sponsored the event and had some sweet one-off items up for grabs. 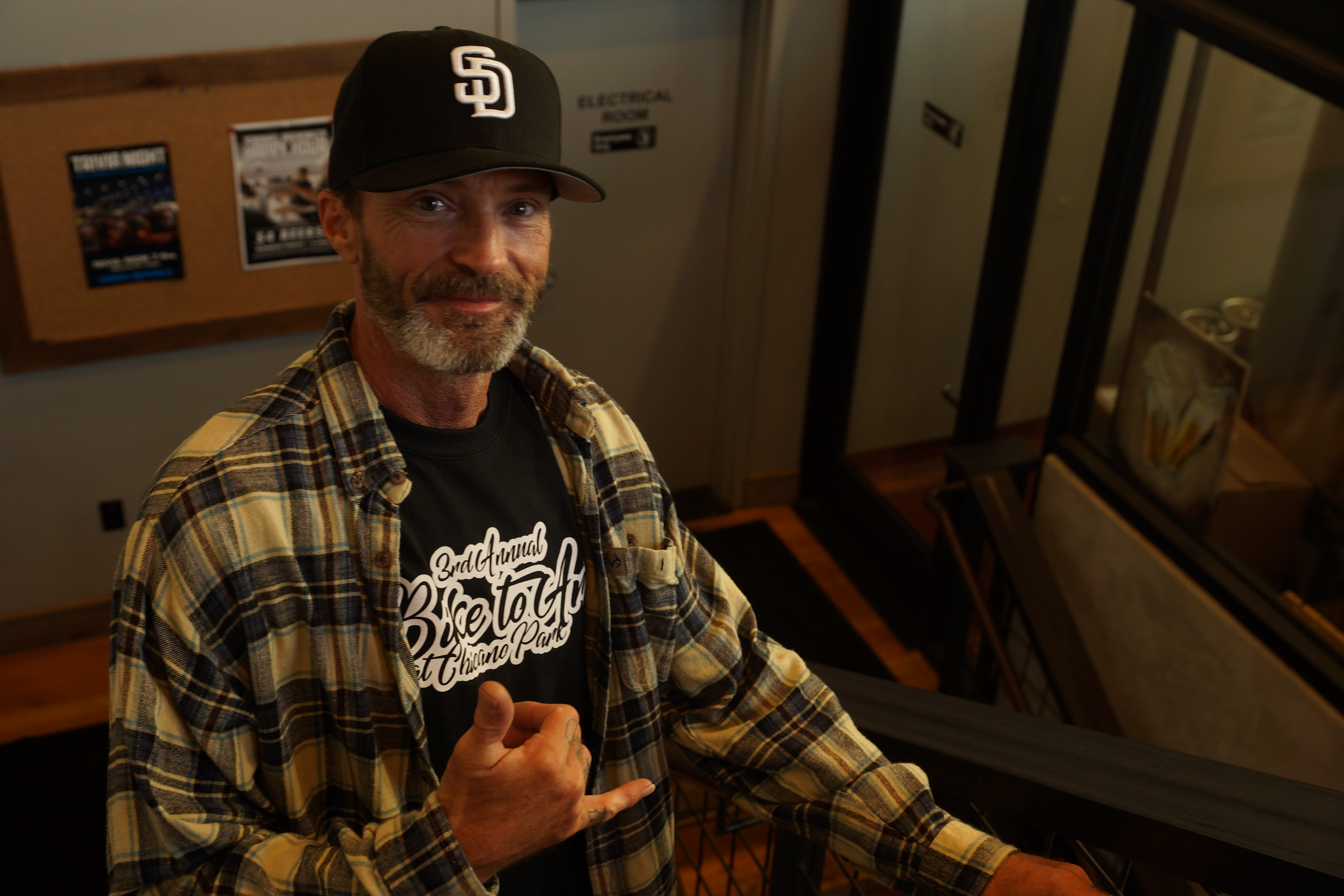 OG San Diego freestyler, Troy Dunsmore, stoked to be there! 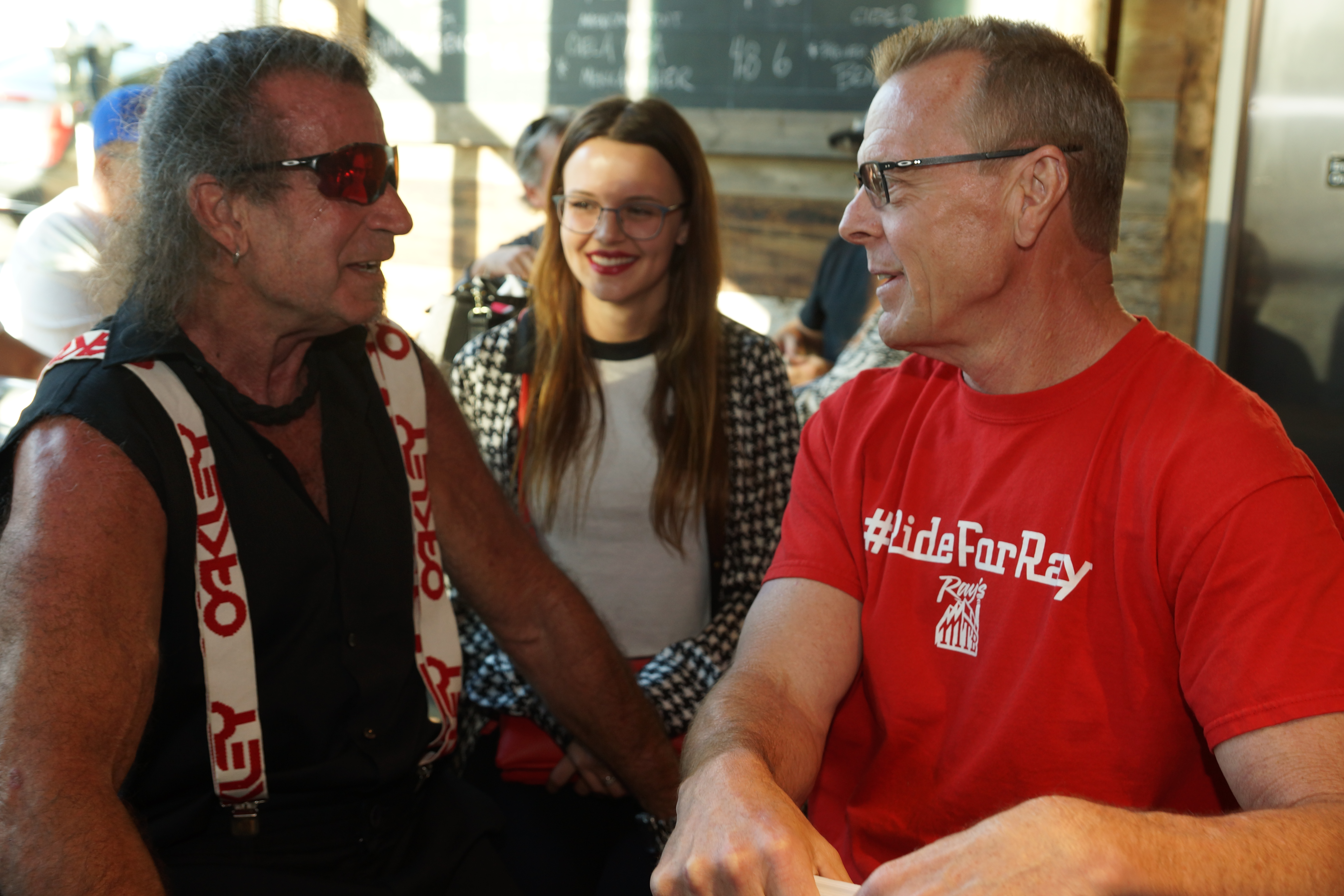 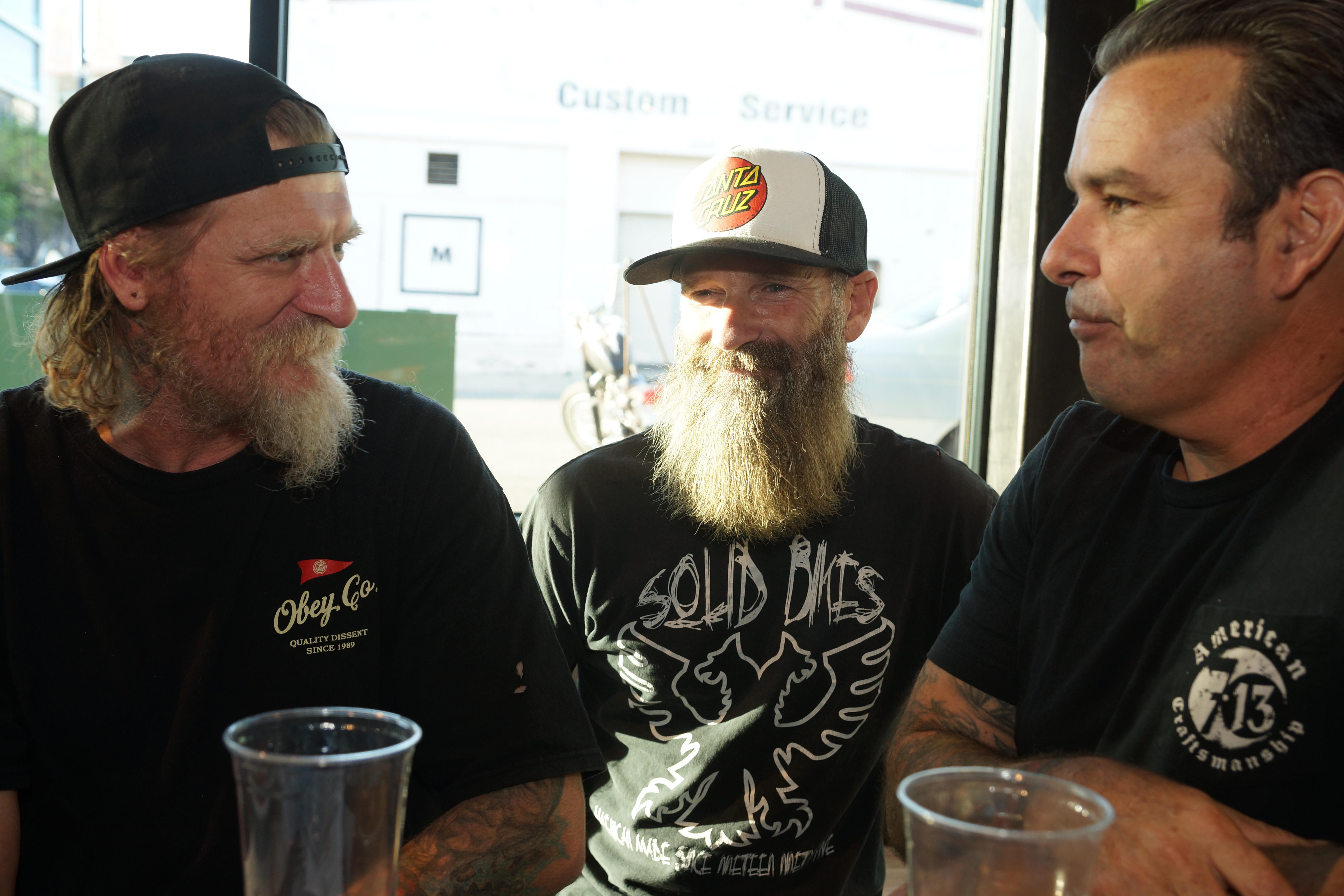 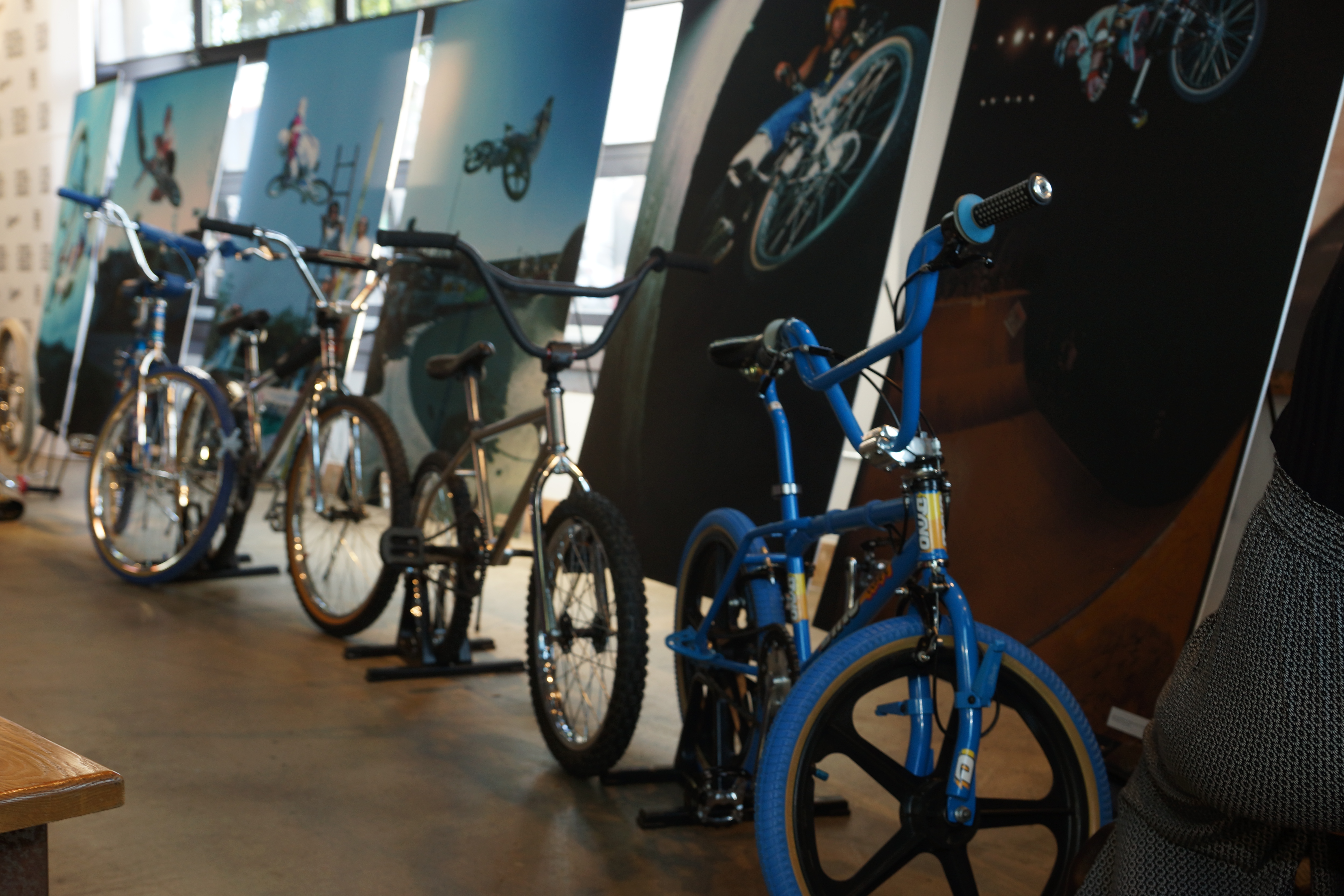 Some vintage freestyle bikes were on display; a nearby table full of first gen Dirt Bros were sitting together. As I was taking this photo of the Dyno, Vic (Murphy) leaned over my shoulder and said: ” That bike was a piece of junk in 1987, and it still is now!”  Ha! 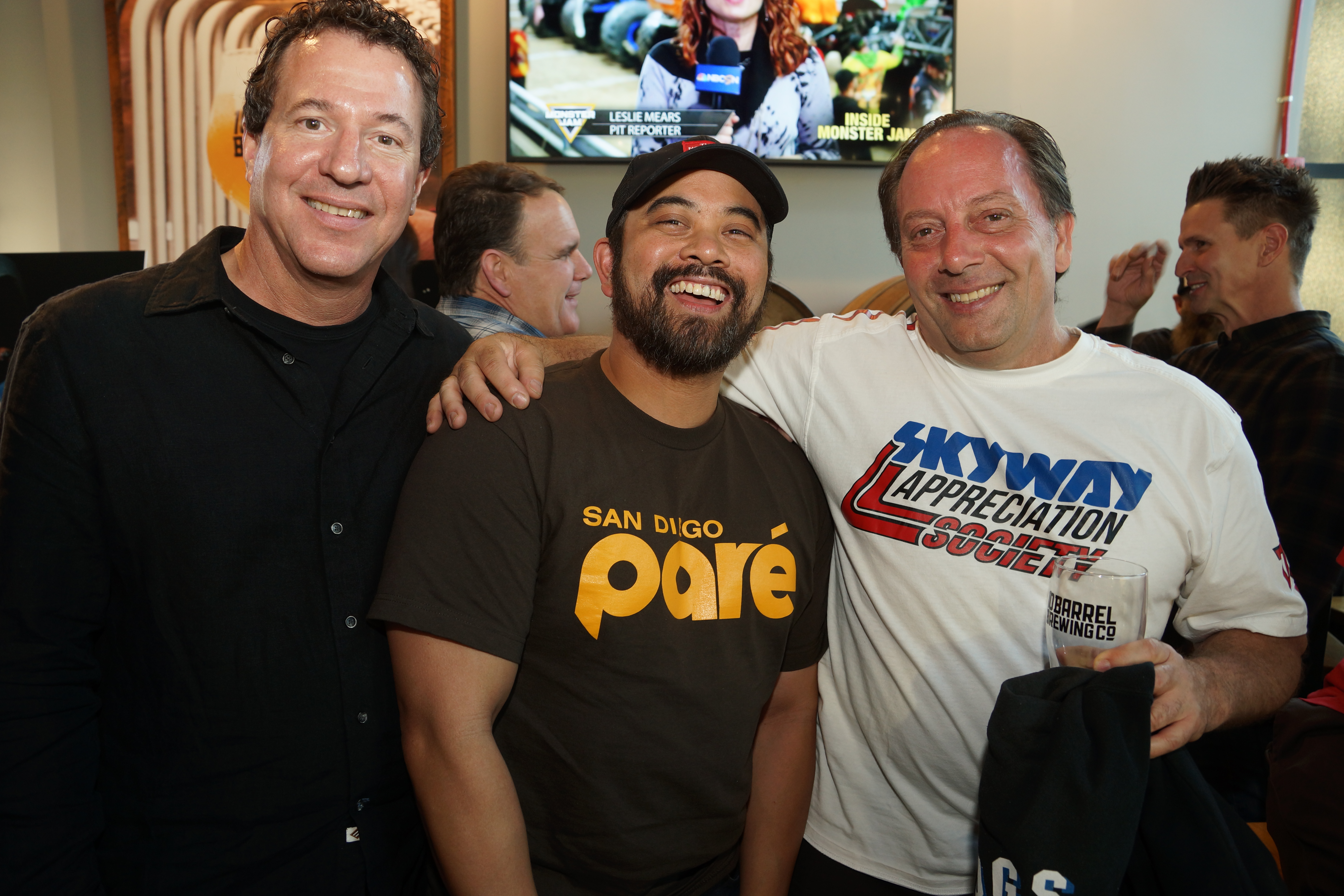 Master of Balance and the probable inventor of scuffing – Robert Peterson poses for a photo with a BMX/Padres Fan, and former Skyway team-mate Maurice Meyer.

Maurice Meyer set up a small memorial for  Dave Vanderspek. If you’ve never visited Maurice’s website, right-click, open the link in a new tab, and check it out! 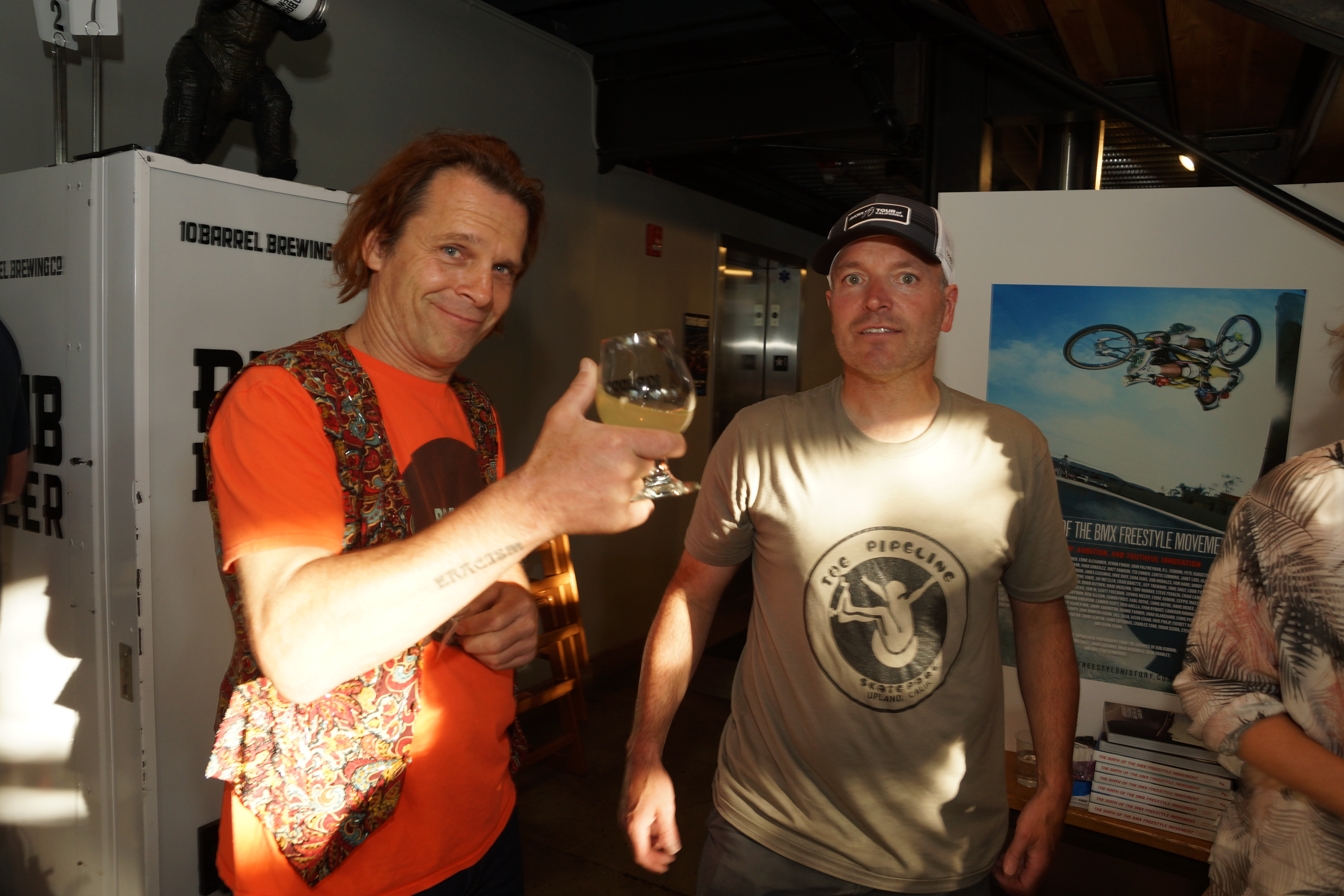 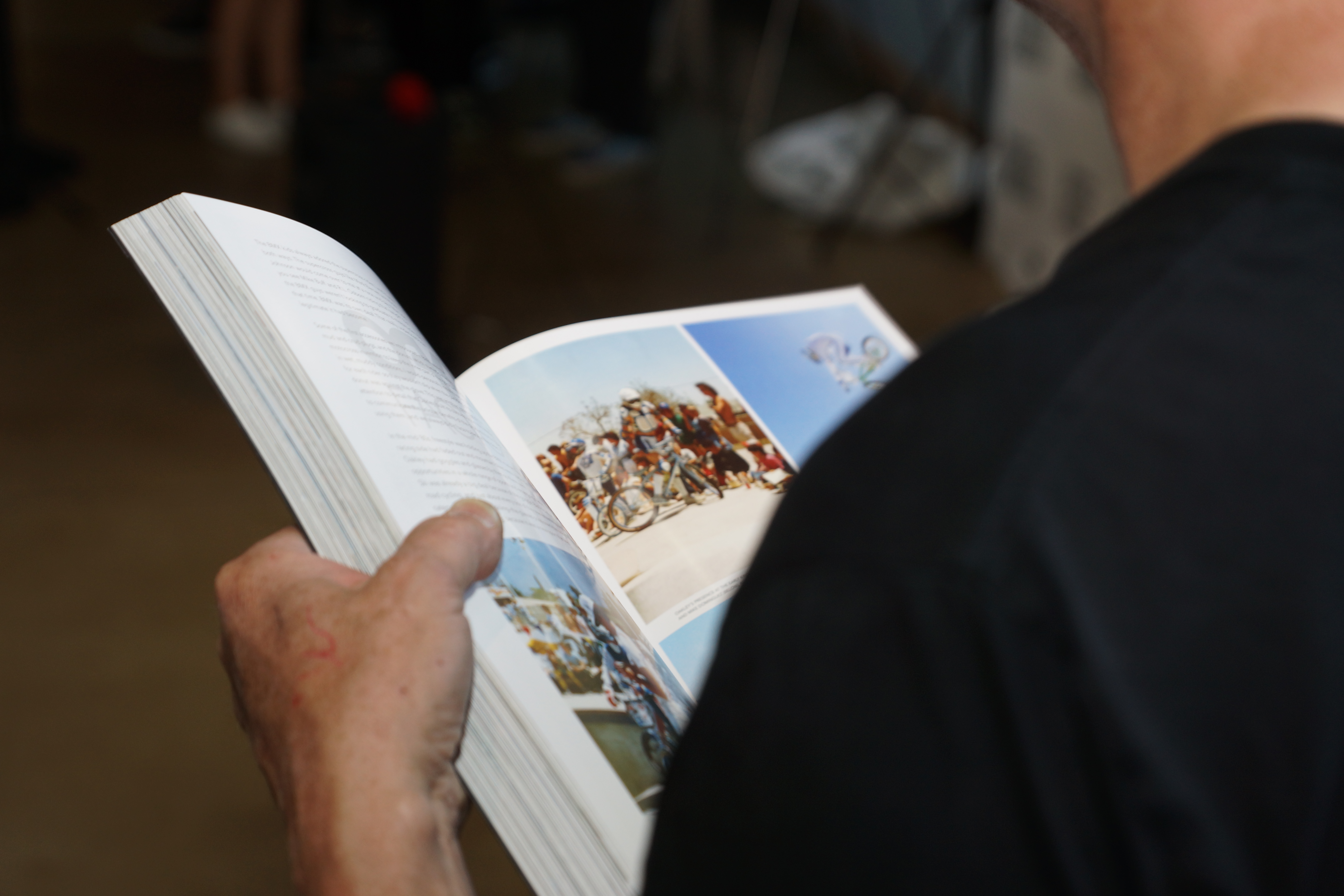 Fresh copies of the 2nd edition were on hand for sale and perusal.  Dom added so much to the 2nd edition that it’s practically an entirely new book.  Order one here today! 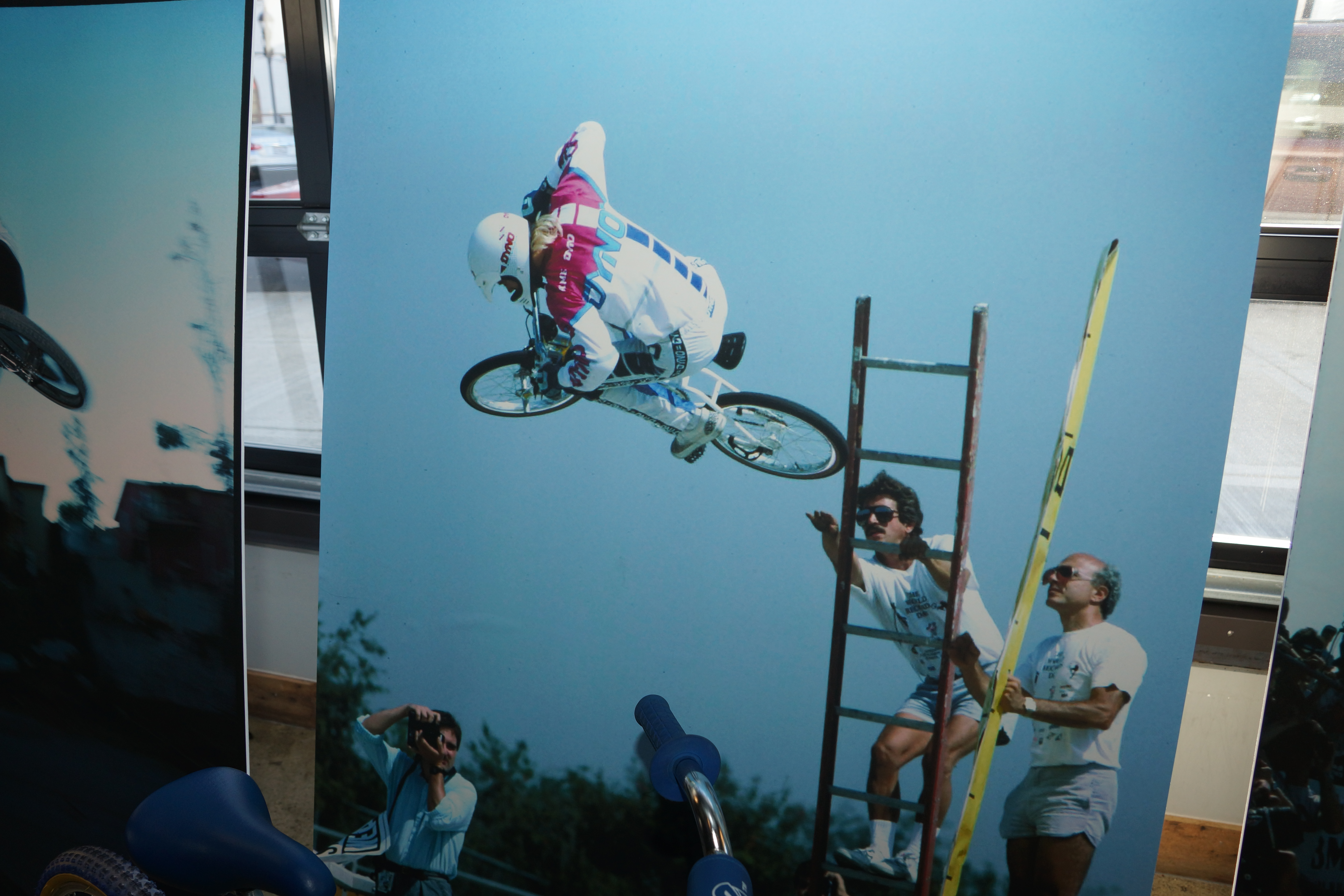 A young Dave Voelker blasts over the 10 foot mark. 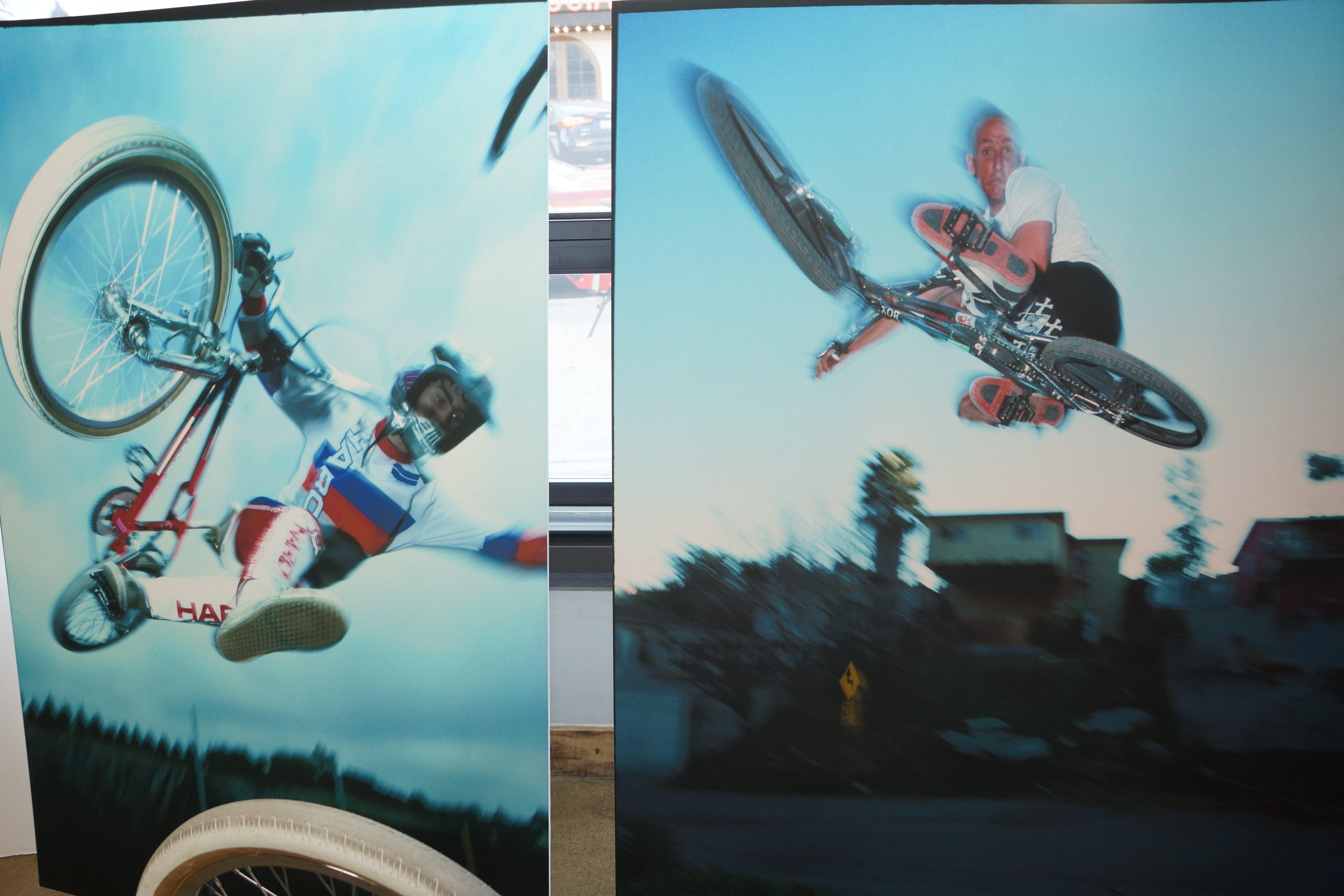 Left: This photo of Blyther doing a one-handed can-can was featured on an old 2-Hip King of Vert poster that I had in my bedroom as a kid. Right: Augustin lays down an aggressive table off a curb and deftly displays the bottom of his his Airwalk 540s at the same time. 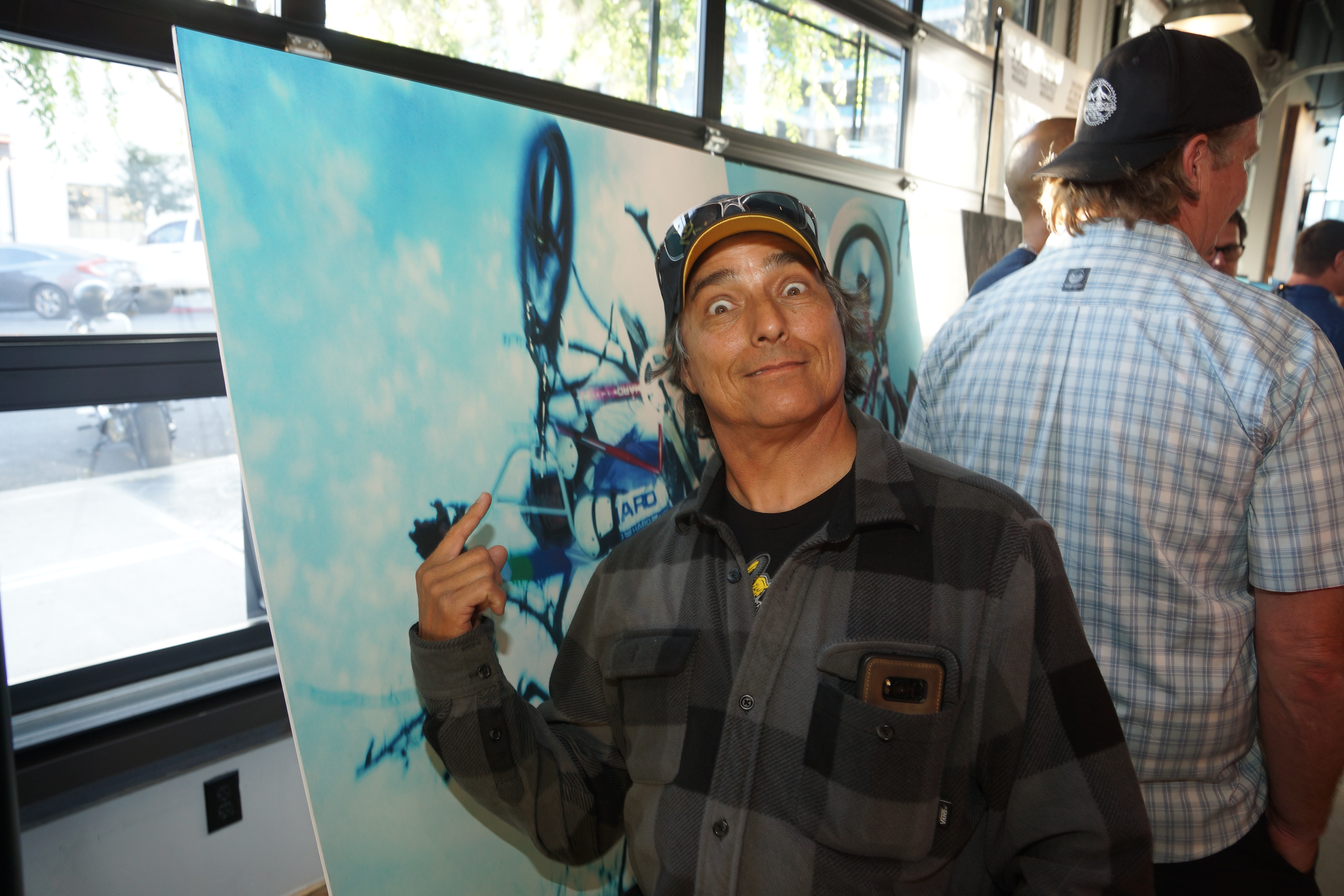 King of the Skateparks, Eddie Fiola, straight from the set of the Baywatch Nights . . . 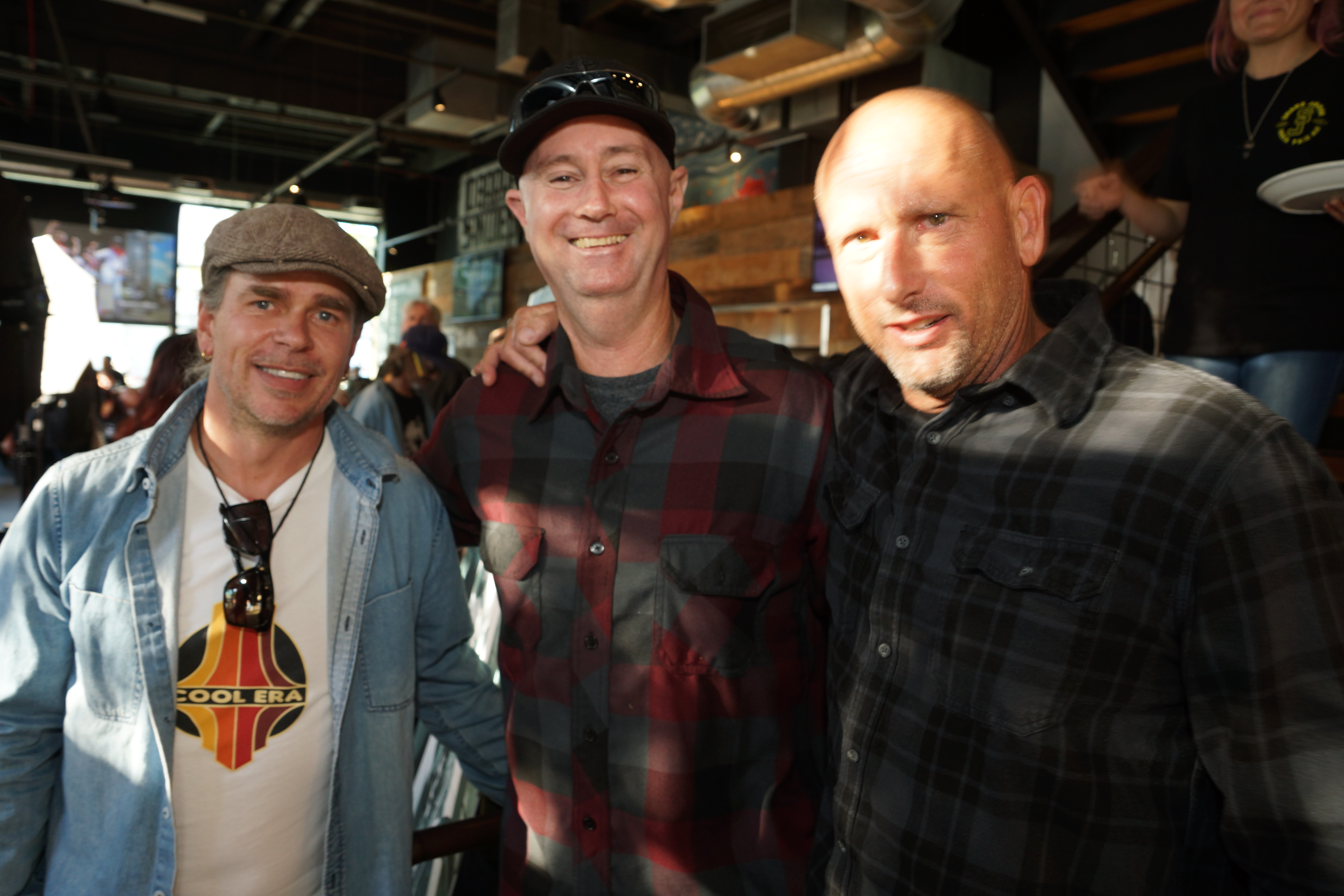 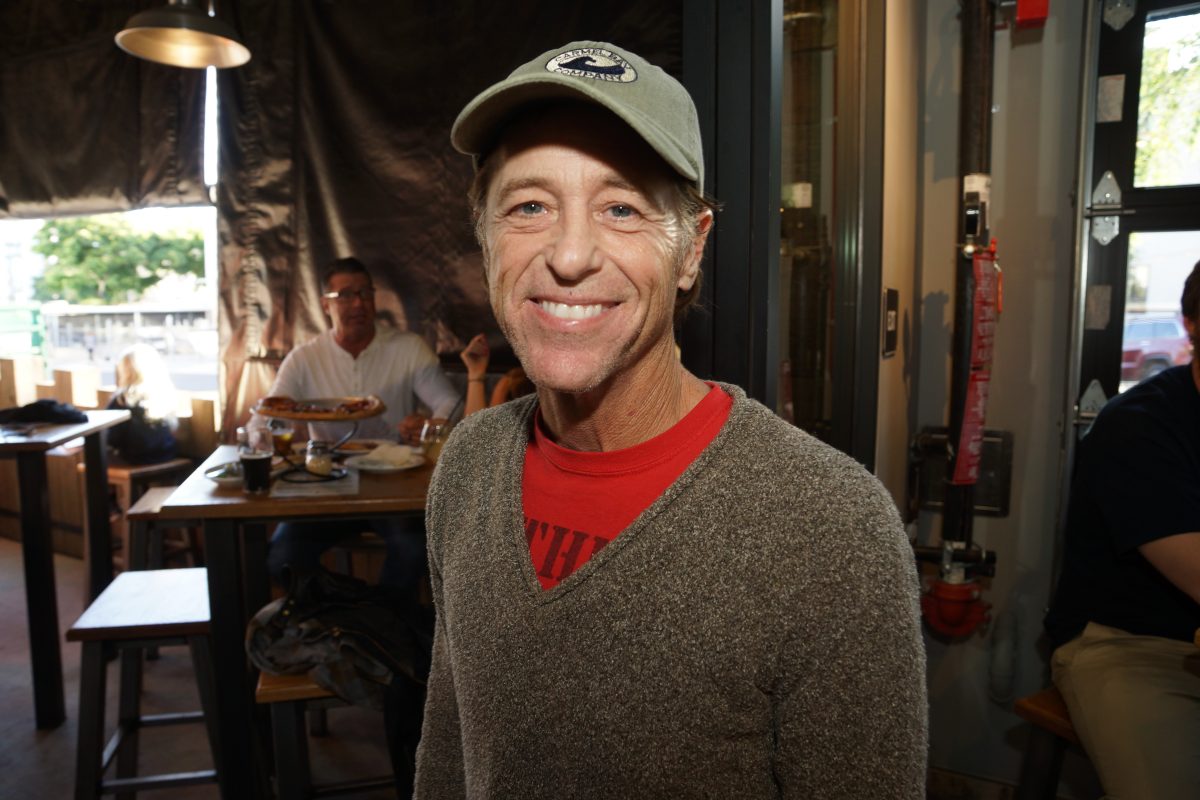 From overly-giddy RAD fans to nostalgic haranguers, Bill Allen is always happy to smile for a photo, answer a question, or sign another autograph. 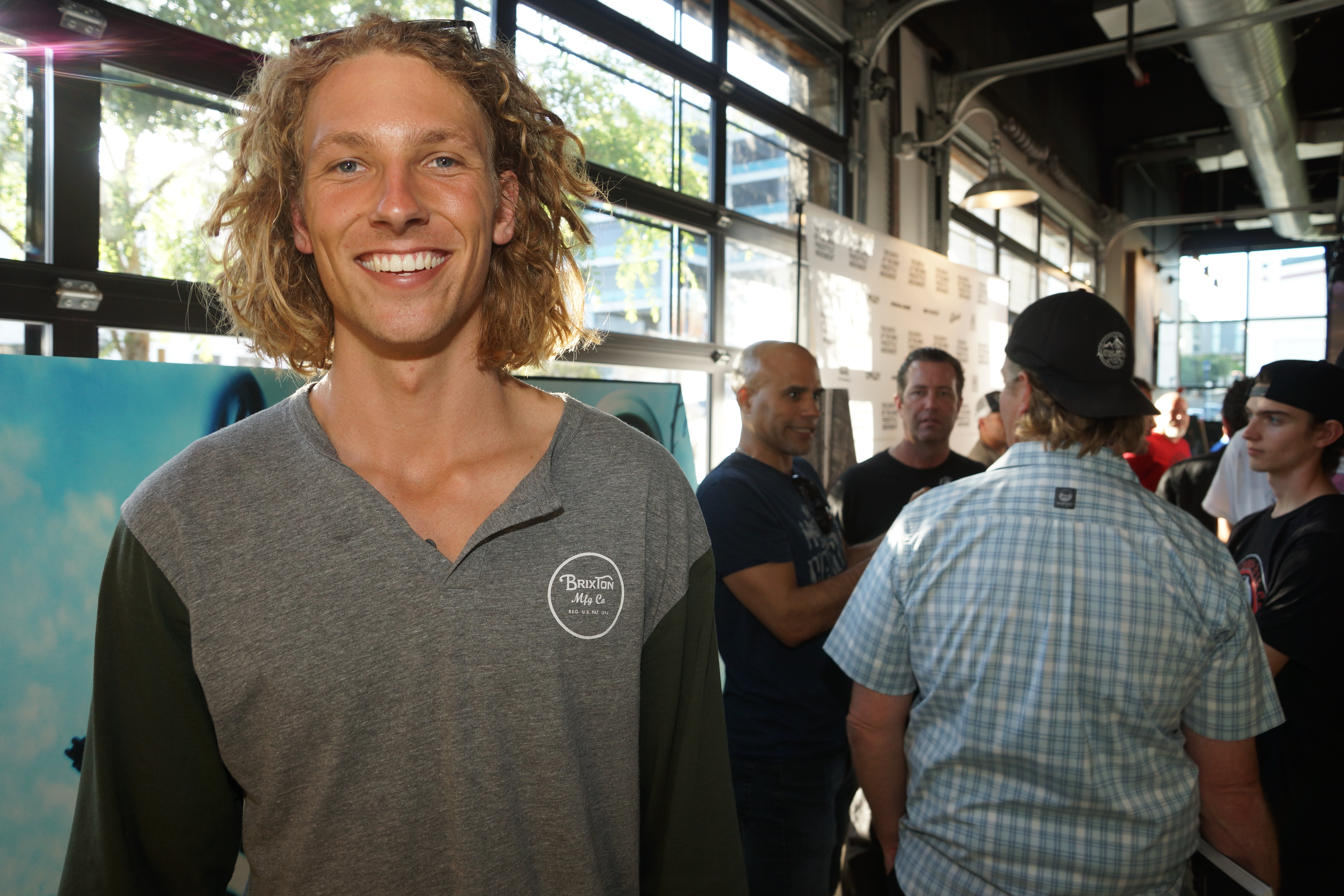 Not everyone at the event was in the over 40 club.  Haro’s young gun, Parker Heath loitered with intent for a bit before heading out for a sunset session. 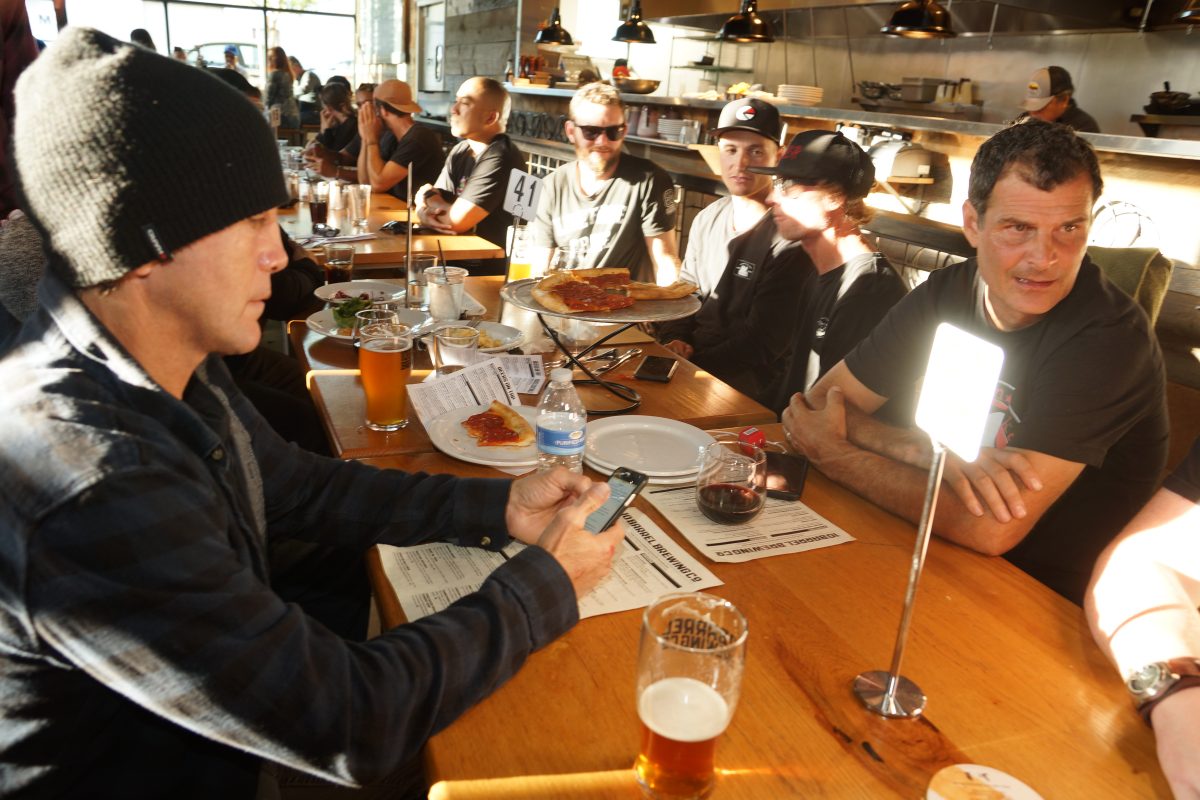 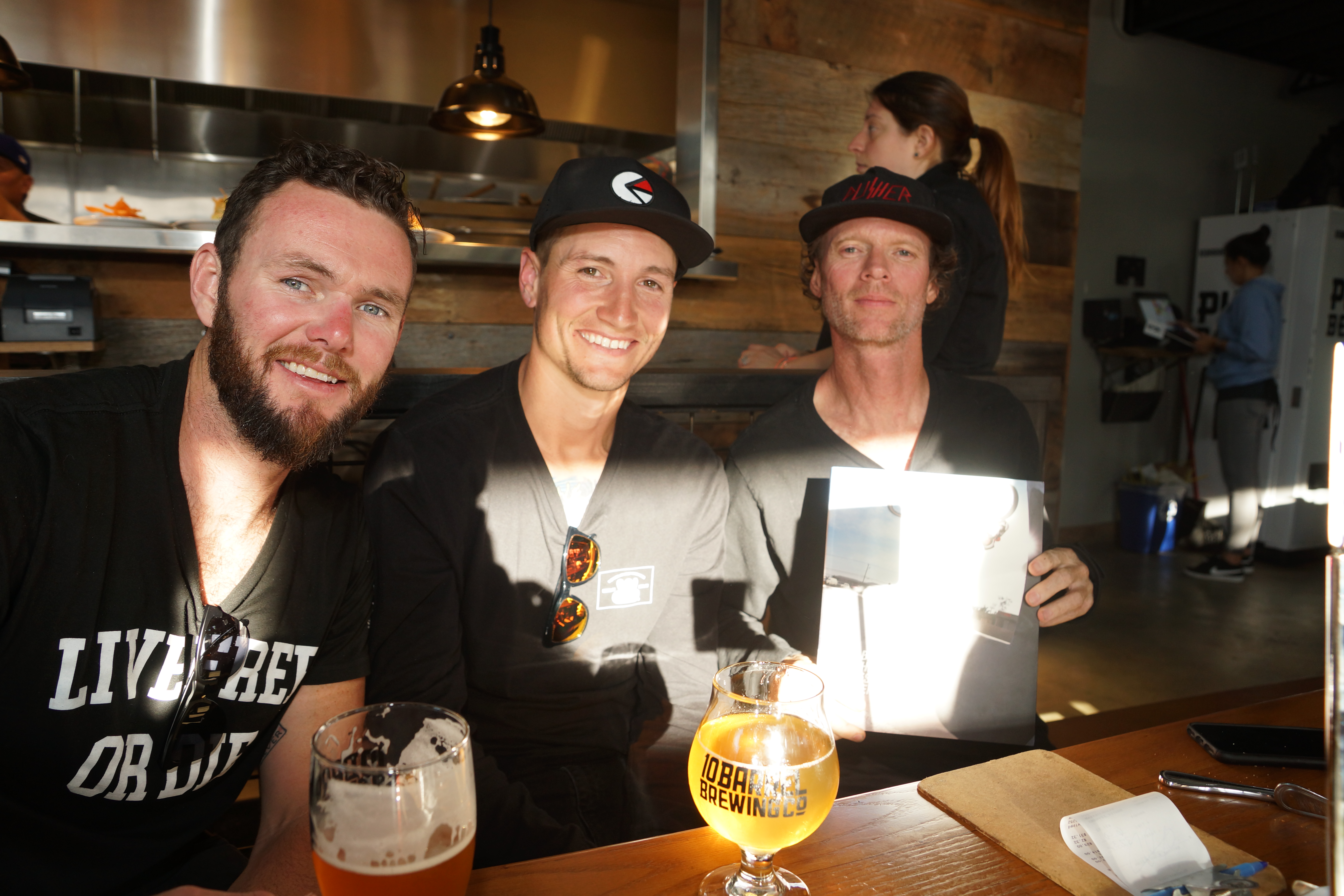 Left to right: Live free or Die! Brian Hunt’s recent DIG article in 99.9 is excellent and well worth tracking down.  The accompanying video part is exquisite.  Anthony Napolitan’s name has become synonymous with his front flip to fence clip. Pusher’s Clayton Brown displays the new book that got blown out in this photo.  Oh well. 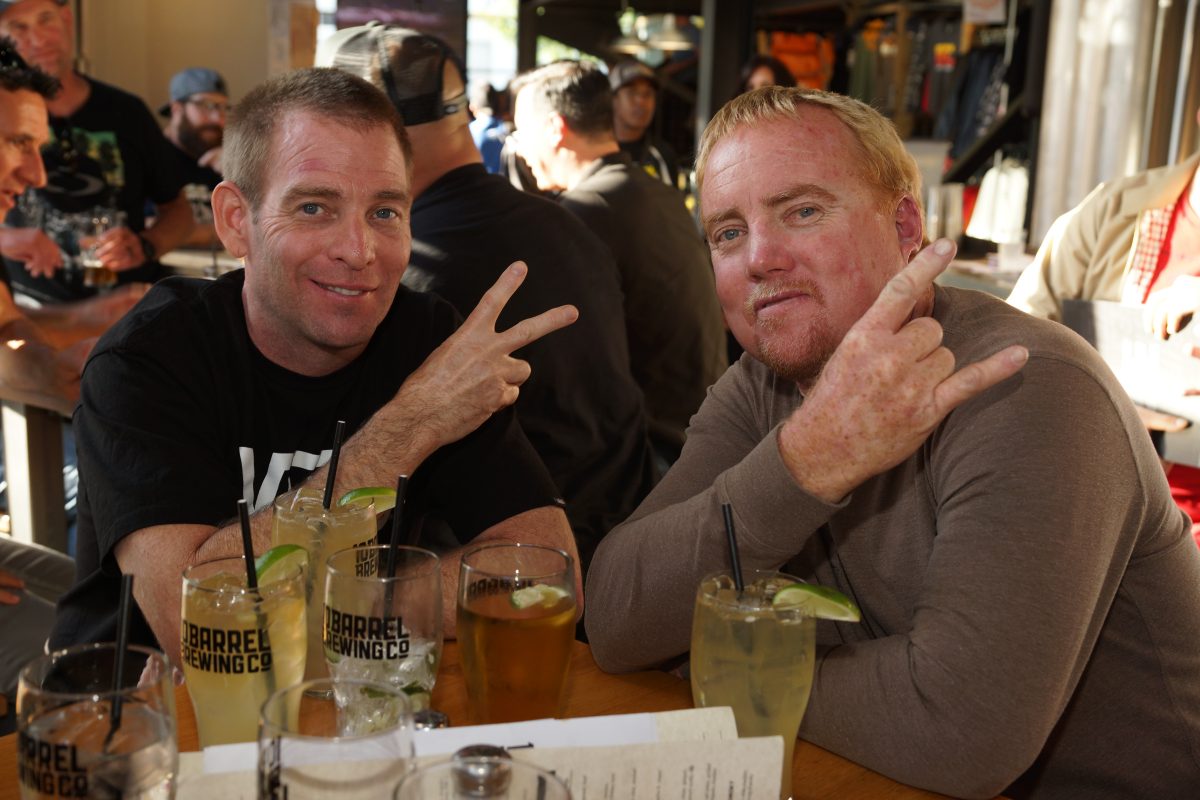