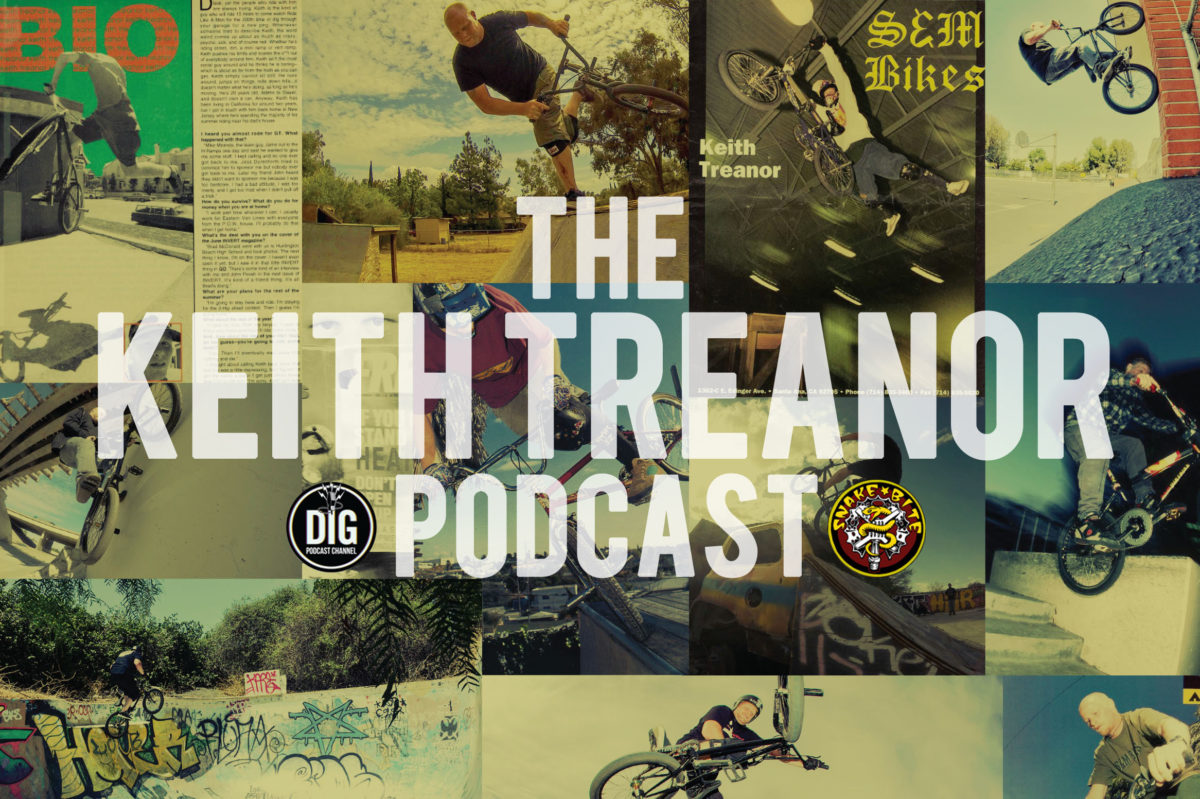 Keith Treanor has been around. From being a team rider on S&M in the early nineties to his involvement with Menstural Cycles (one of the first spin-off brands from a core bike company). From stand out parts in legendary videos like Dirty Deeds and S&M BMX Inferno (a part which he hated). From being a visitor to an early Backyard Jam in the UK (a trip which had a huge impact on him and those he met along the way) to being a regular focus of UK based print mags the time. From eventually moving from Southern California to Florida and working with UGP, and then at a much later stage moving to OKC and working with Hoffman Bikes and then eventually back to So Cal to work with Volume/Demolition and eventually Colony Bikes where he is today. And somewhere in between all of this he’s battled with some serious addiction issues. Yep, Keith Treanor has been around and knows more about our world of BMX than most.

In collaboration with our friends at Dig BMX

One Response to The Keith Treanor Podcast