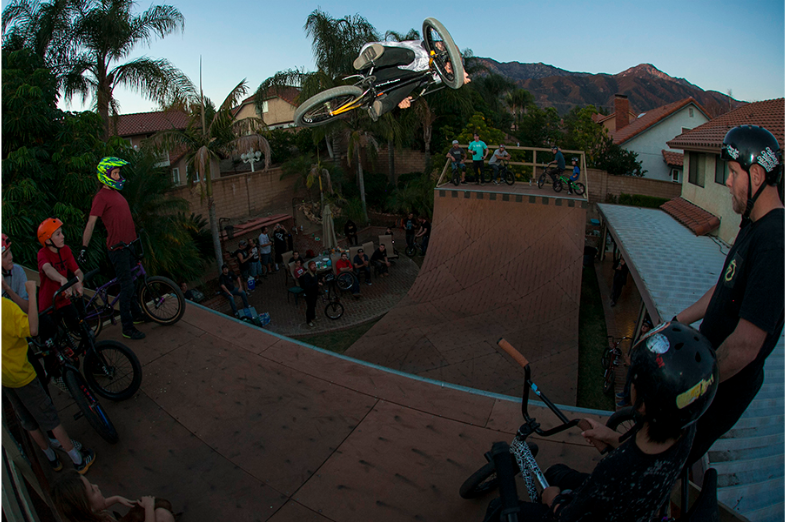 The backyard vert ramp I think was pronounced dead around 1994. By then it had been on its last legs for at least that early part of the decade. I can remember vividly the first backyard vert I rode. It was a few miles from my house, Brad Smith lived there and all the cool freestyle kids rode there. They were all about two grades ahead of me and I was so worried that I would just get laughed at if I went and asked them if I could ride but this ramp was the best thing I had ever seen at the time. Seven feet tall, eight feet wide with PVC coping cut in half and nailed on. It was Perfect. My solution riding it was that my best friend Raymond and I would wake up before the sun came up get to the ramp and start riding once the sun came up. We would then ride for about an hour or so until we saw the lights in the house turn on due to the family waking up. We did this for about a month or so until one morning Brad’s dad caught us. He was laughing about the whole situation and told us to come back after school.

That fall I fell in love with BMX, sitting on those small decks with friends talking shit and pushing each other. Learning how to get above coping and finally feeling excepted in a group for the first time.

This past weekend an epic session went down at Xavier Mendez’s house. You see he still has one of these dinosaurs in the backyard. It didn’t matter if you were 7 years old or 50 years old. It didn’t matter what school you were. First gen, Old school, Mid school, or whatever this generation will get titled with. Everyone was there sharing deck space and cheering on the next guy to learn a new trick or to maybe try a trick they had not done in ten years. So lets hear it for the back yard vert ramp that is still breathing and bringing people together in the name of BMX. Big thanks to Matt Cordova for the pics of the session which moved to the skatepark as the sun went down. 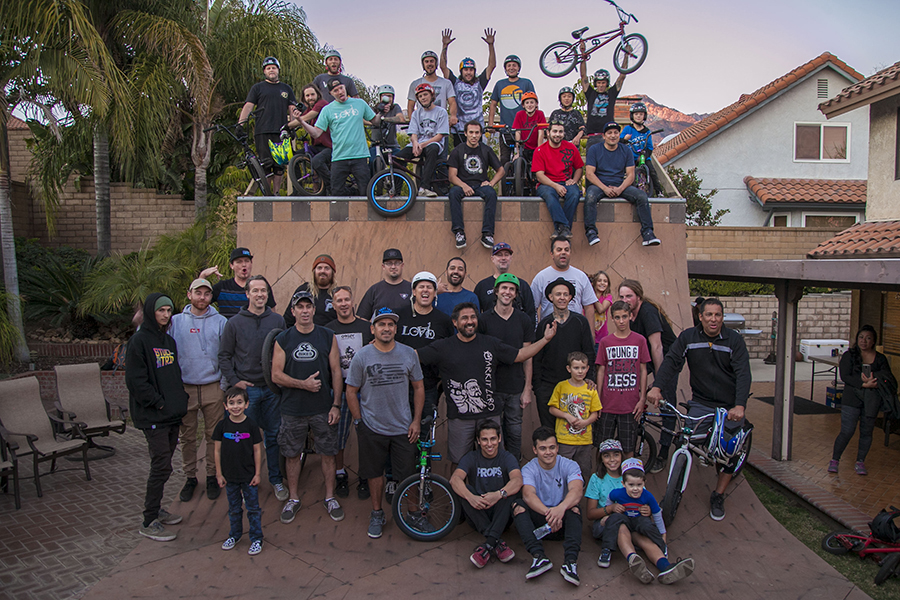 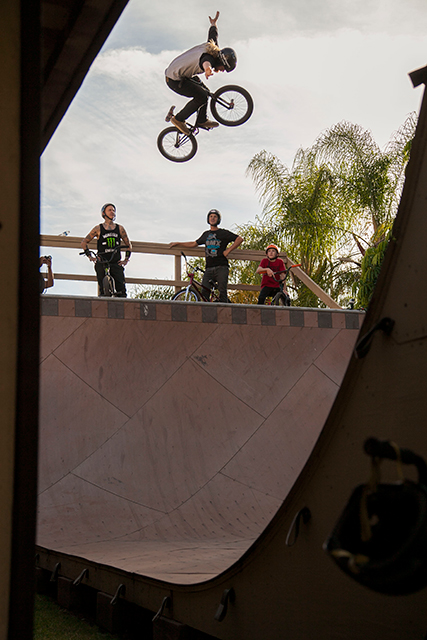 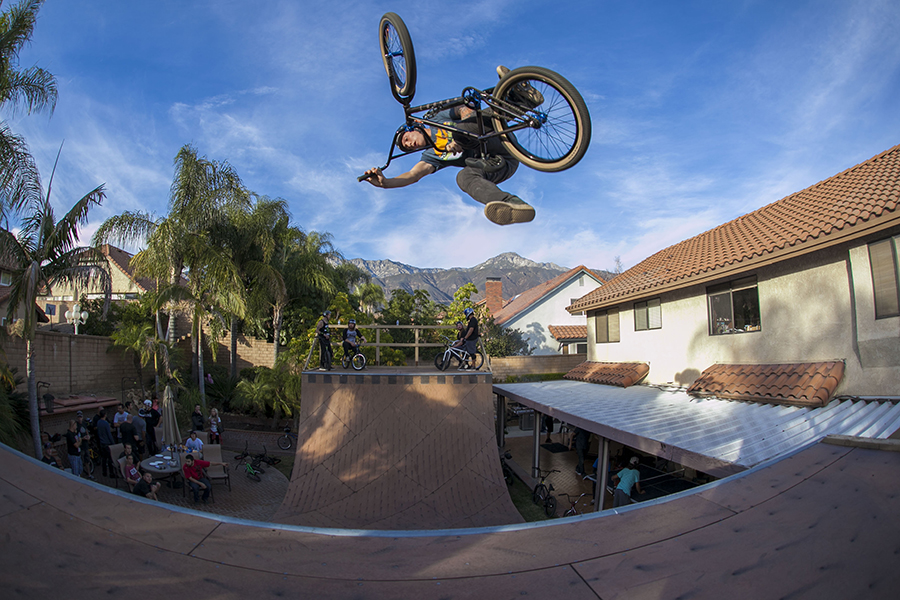 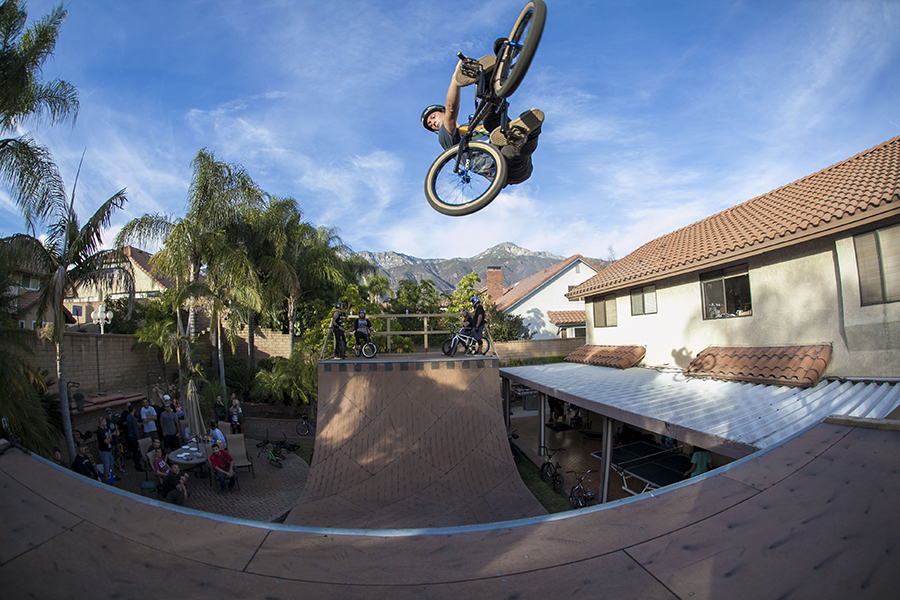 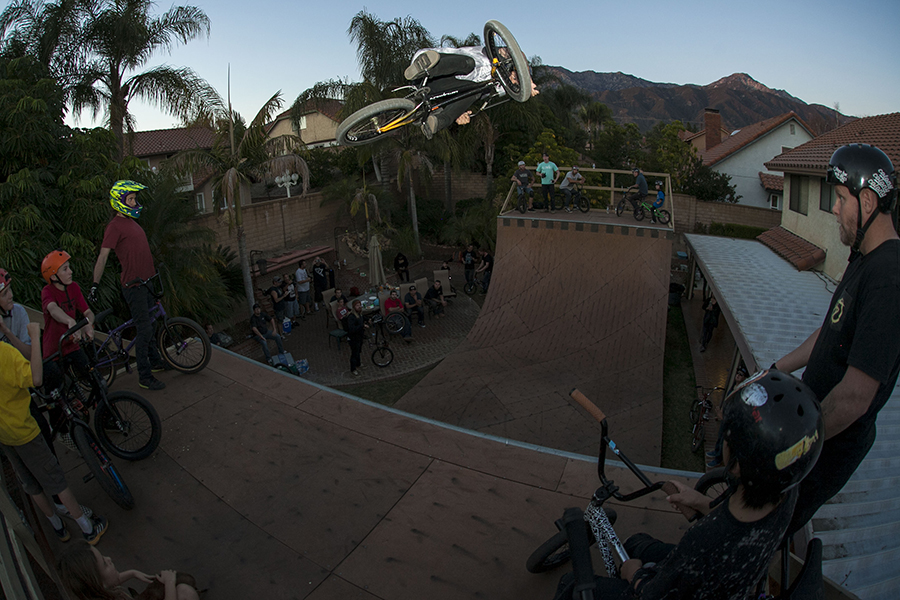 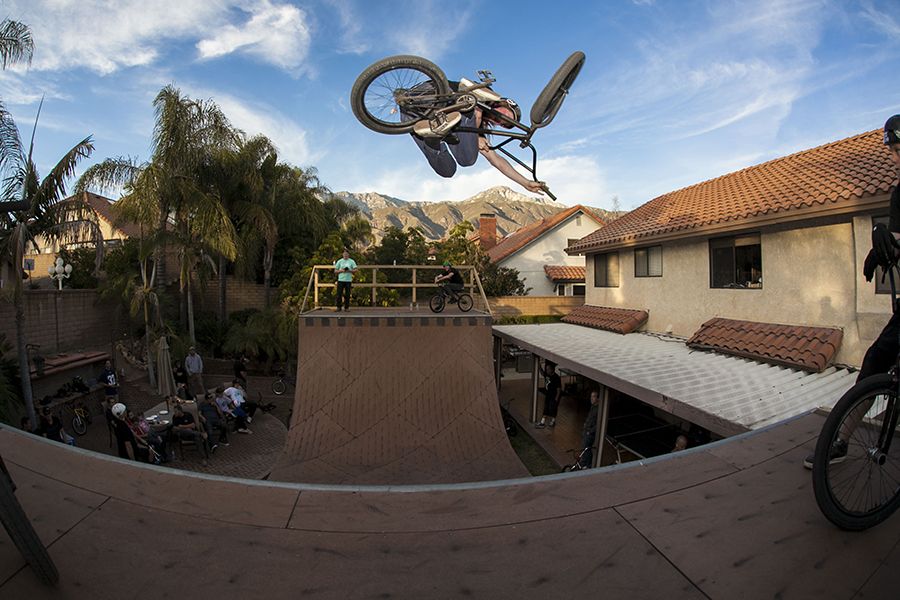 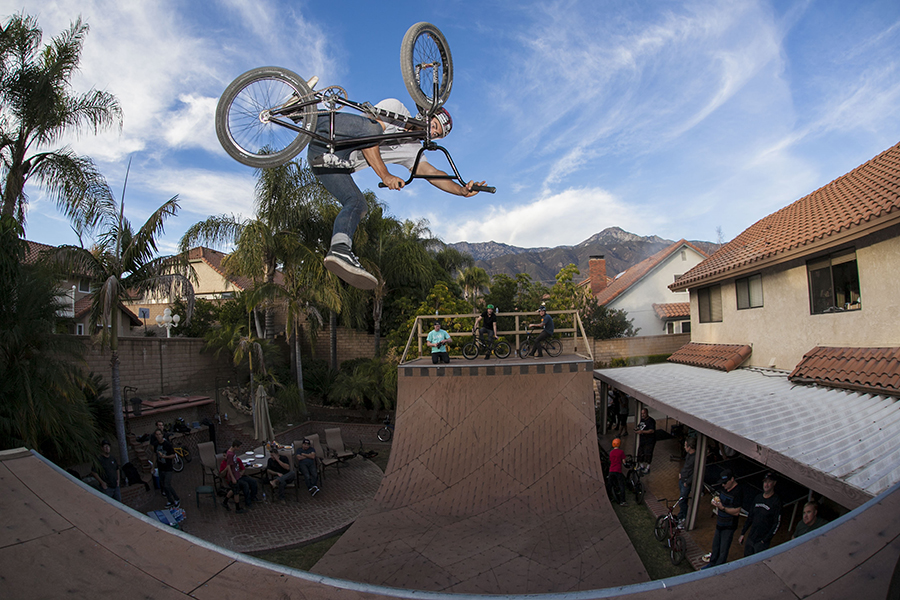 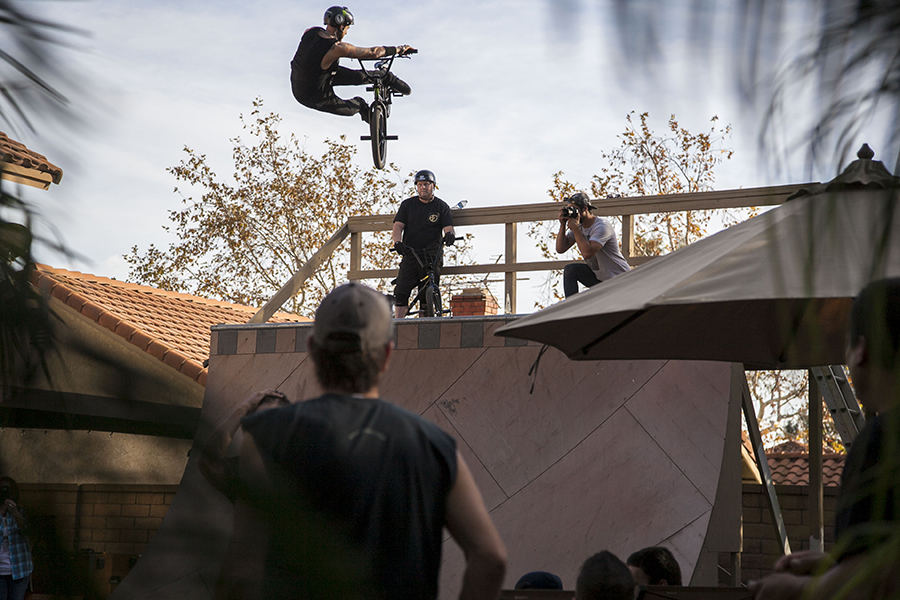 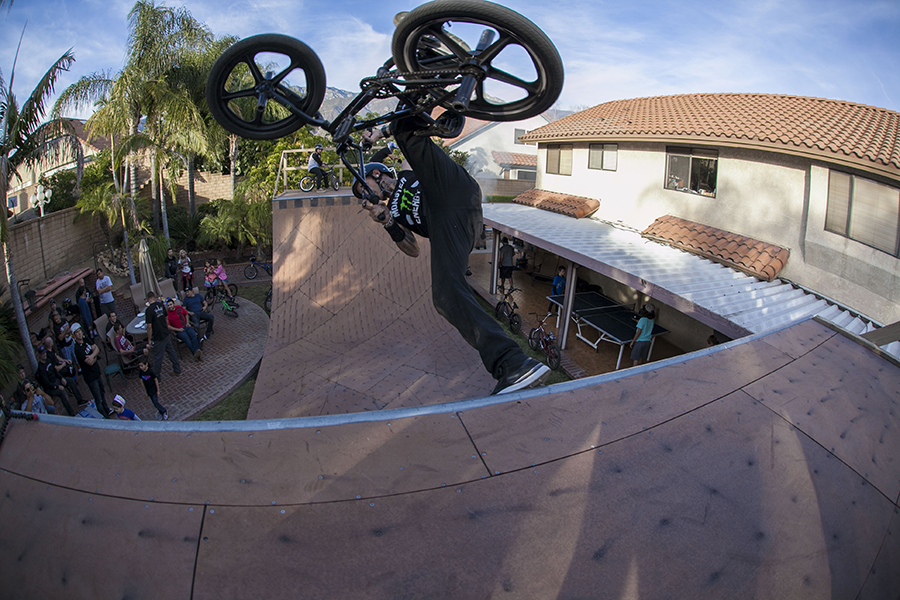 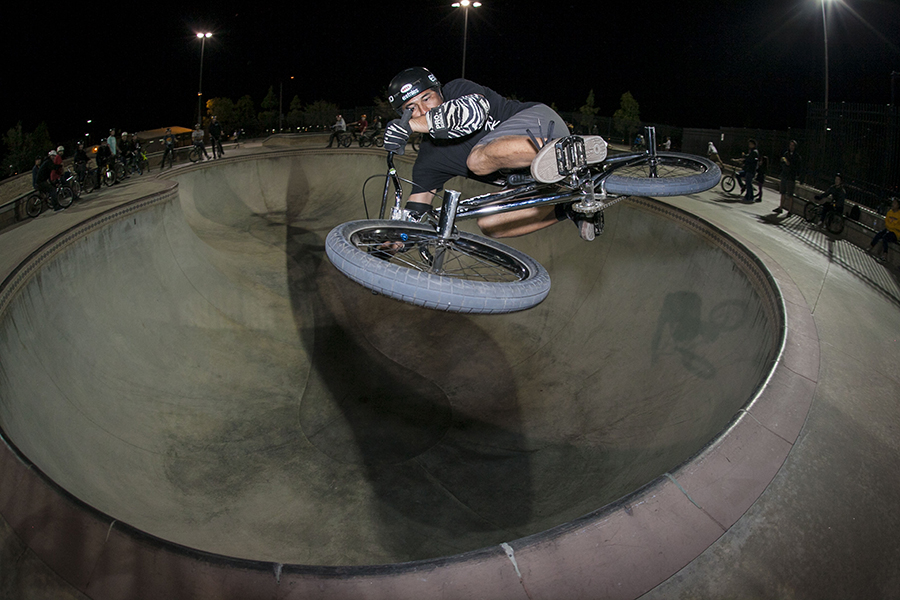 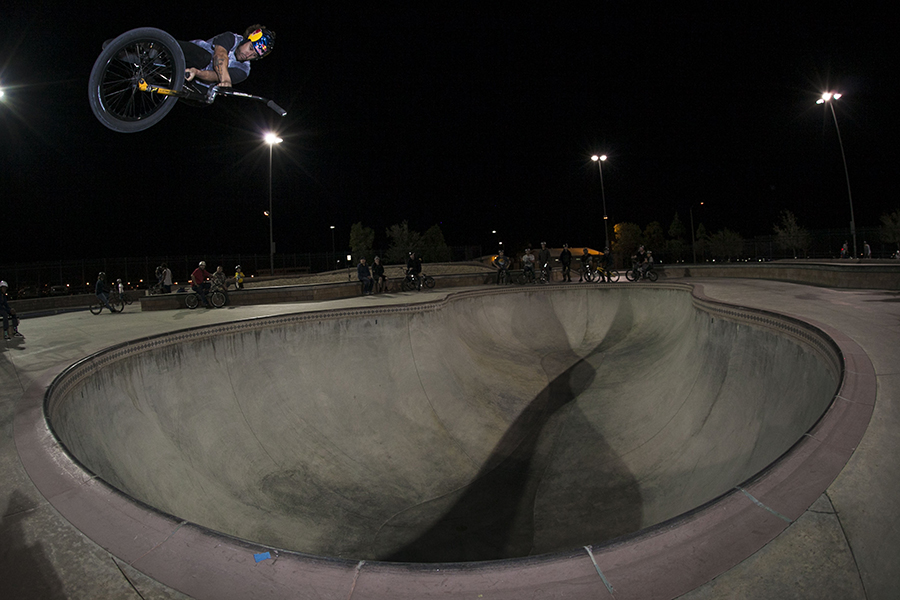