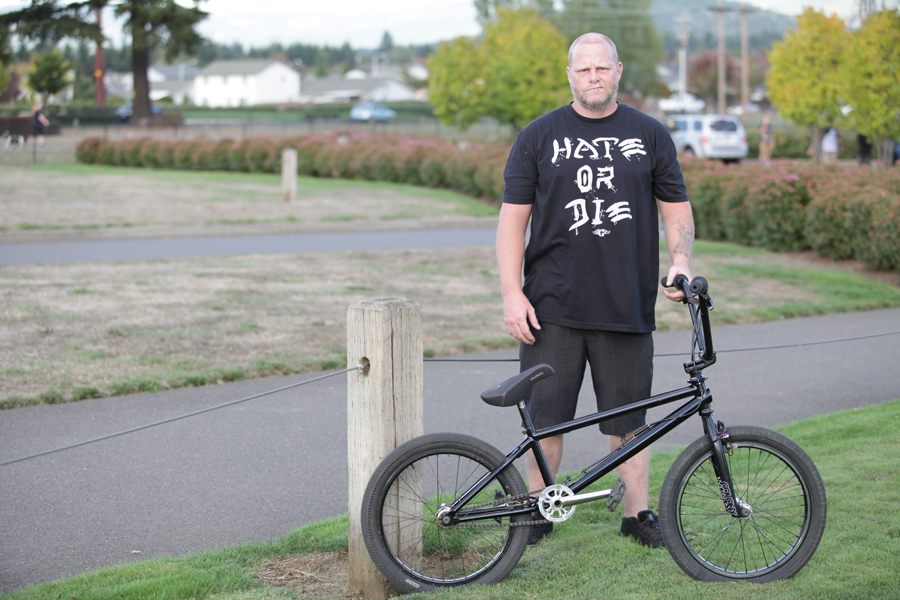 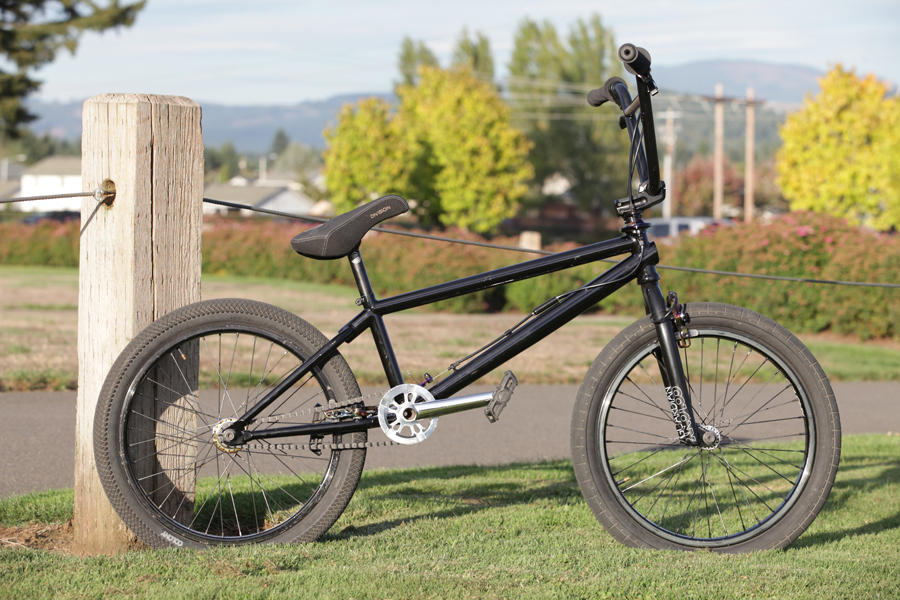 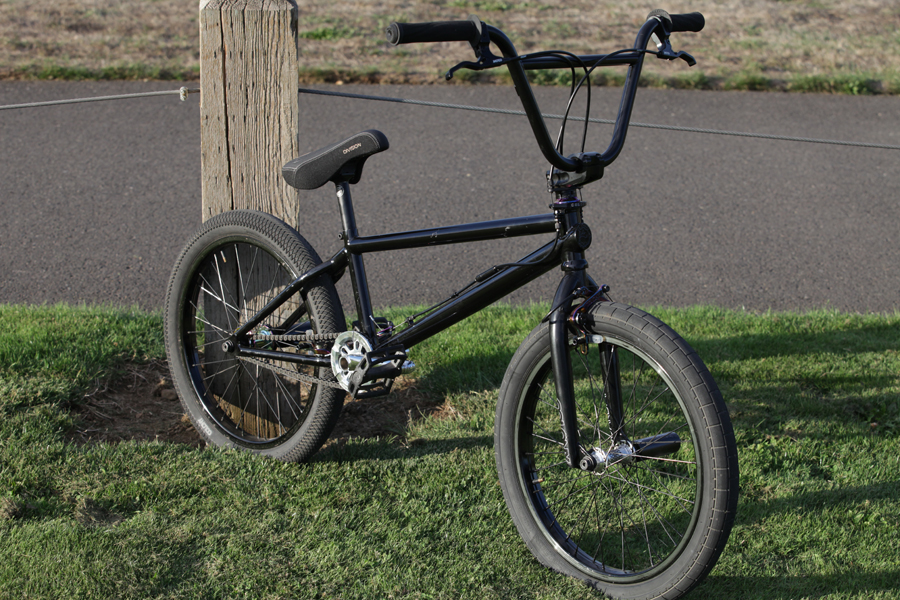 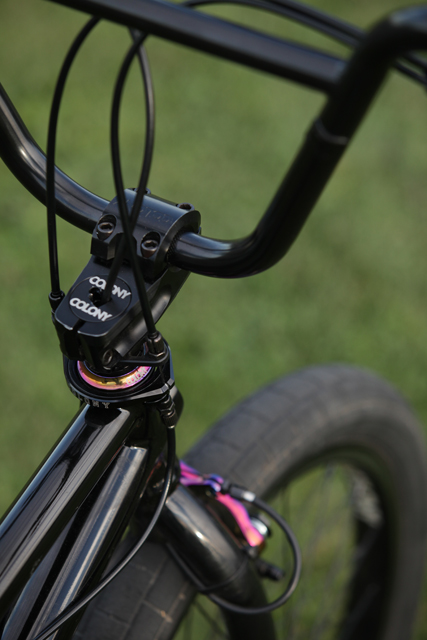 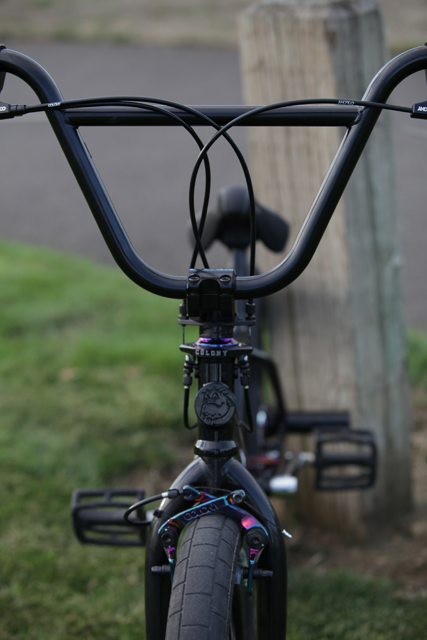 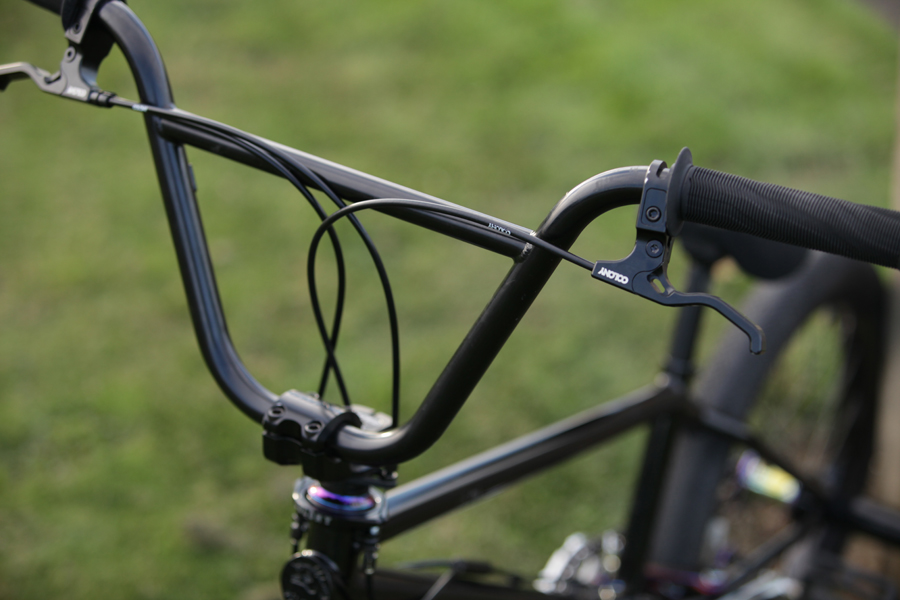 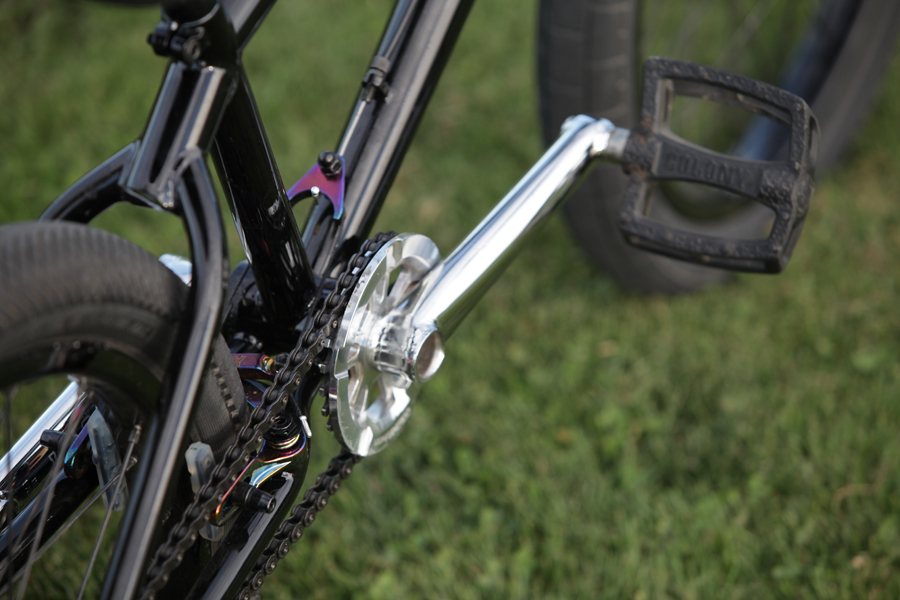 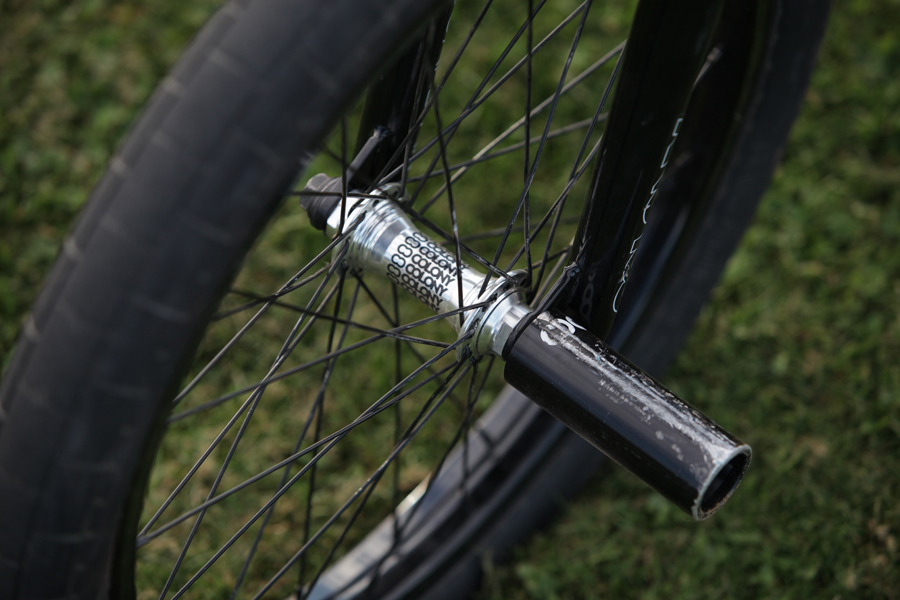 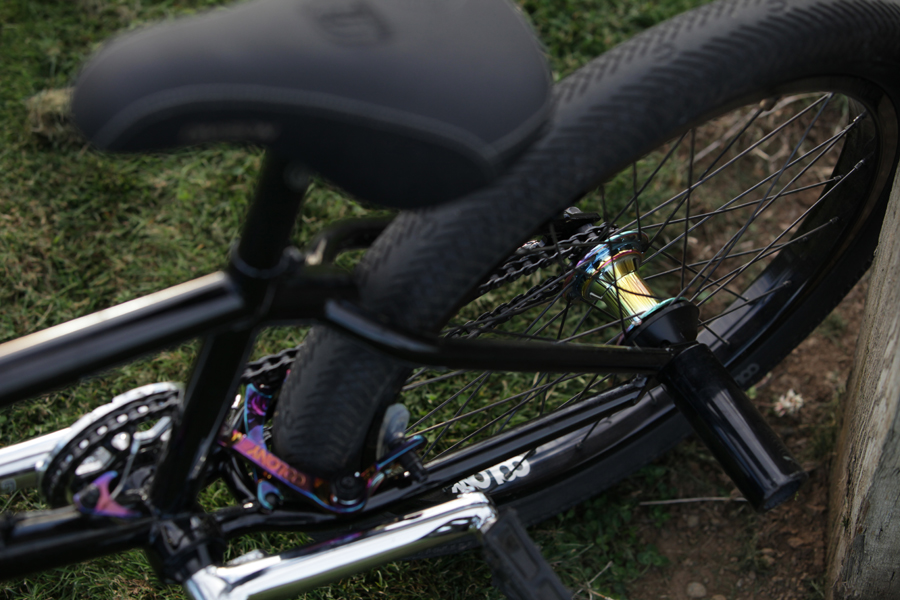 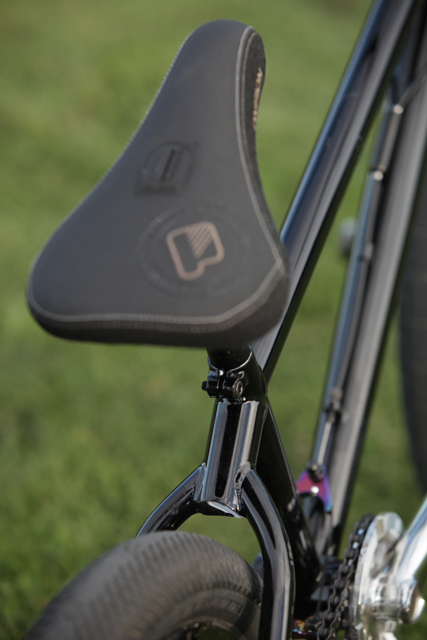 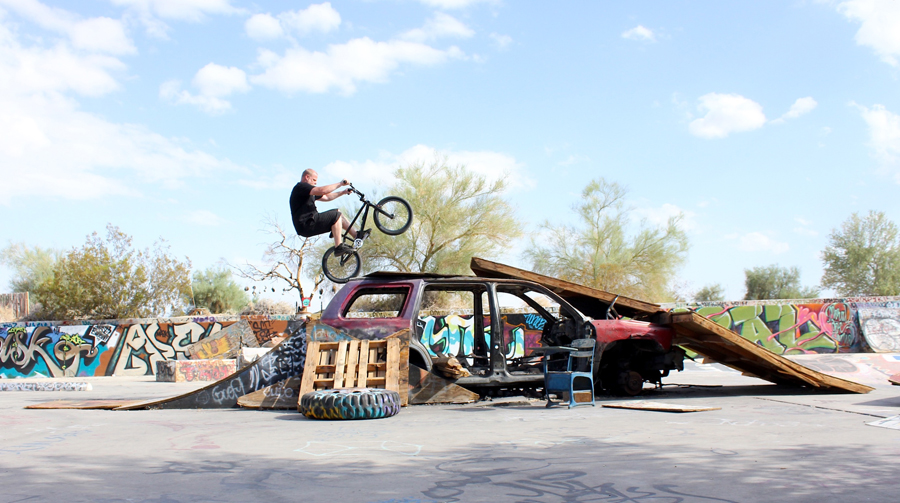 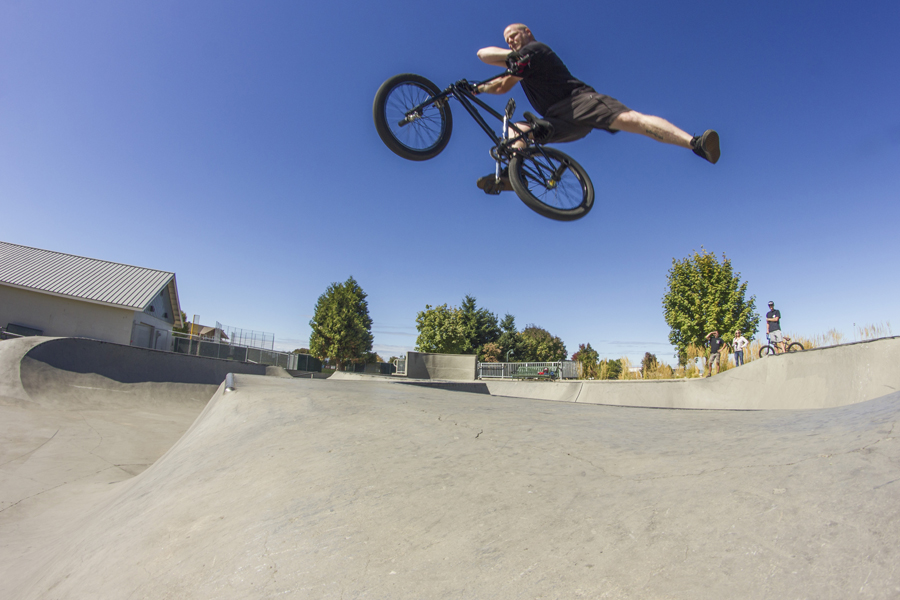 Bethel Skatepark // Eugene, OR // Photo: By Nathan Sykes
Can you give the readers a little background on the frame your riding?

It was a gift from Colony owner Clint Millar to pay homage to my old S&M signature frame called the Menstrual Cycle, we named this frame the “Manopause” since I’m a moody,old man.

Does riding a retro styled frame help keep you excited about your bike?
It definitely keeps it fun and my particular frame is pretty unique. This frame has the same modern specs that you would find on most 2016 BMX frames just has a different look and a really funny name.

Have you done any special mods to it?
It has a pierced head tube like the original Menstrual Cycle which was based off an old VDC frame and the head tube cap has a funny engraving.

What was your favorite bike you ever had and why?
That’s a tough one, I’ve had a lot of bikes over the last 30 years. I’ll pick two, for an old bike I pick my first real BMX bike, the PK Ripper, it had a comfortable geometry & was fairly light because of it being aluminum which also made it easy to break. Regardless of how many i broke,I still bought quite a few of them. As for a bike a bit closer to modern times,I pick an S&M Dirt Bike, pretty much the best riding of my life was done a Dirt Bike. It’s a frame with a simple & very functional design.

How does this one stack up to that?
This frame stacks up well, it has a funny gimmick to it but it still has a very comfortable geometry for all types of riding.

This entry was posted in Bikes and tagged colony, keith treanor, Manopause. Bookmark the permalink.