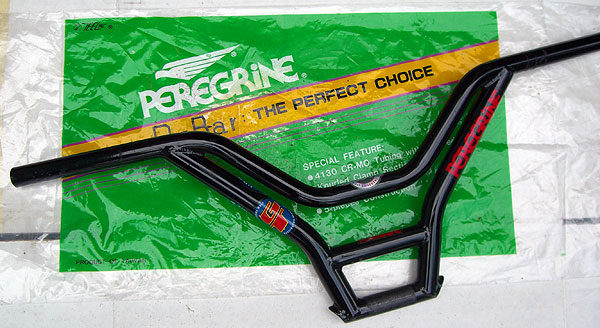 Several interesting articles on handlebars have popped up recently, and I thought this might be the perfect time for us to revisit some noteworthy blasts from the past.  If you’ve been riding long enough, you’ve seen quite a few trends come and go, and come back again.  Low-rise, high-rise, 2 piece, 4 piece, 6 piece with a side of mashed potatoes and coleslaw . . . In their defense, a lot of the bars in the following pictures hold a special place in our history.  Some fit the type of riding being done at the time, and might have even made certain tricks a little easier. Others were simply gimmicks, eyesores, dangerously weak, and had no rhyme or reason. But hey, we had to start somewhere.

From Kim Boyle:  “. . . Without pointing any fingers or naming names I thought it might be best to learn a little lesson from one of the many historically lame aspects of BMX – Handlebars.  These first two photo sets are some of the worst of the worst from over the years both in style and safety. There are a lot of them. A snapped-off bar-end stuck in someone’s neck is not a fun afternoon . . .”

We’ll let these photos speak for themselves: 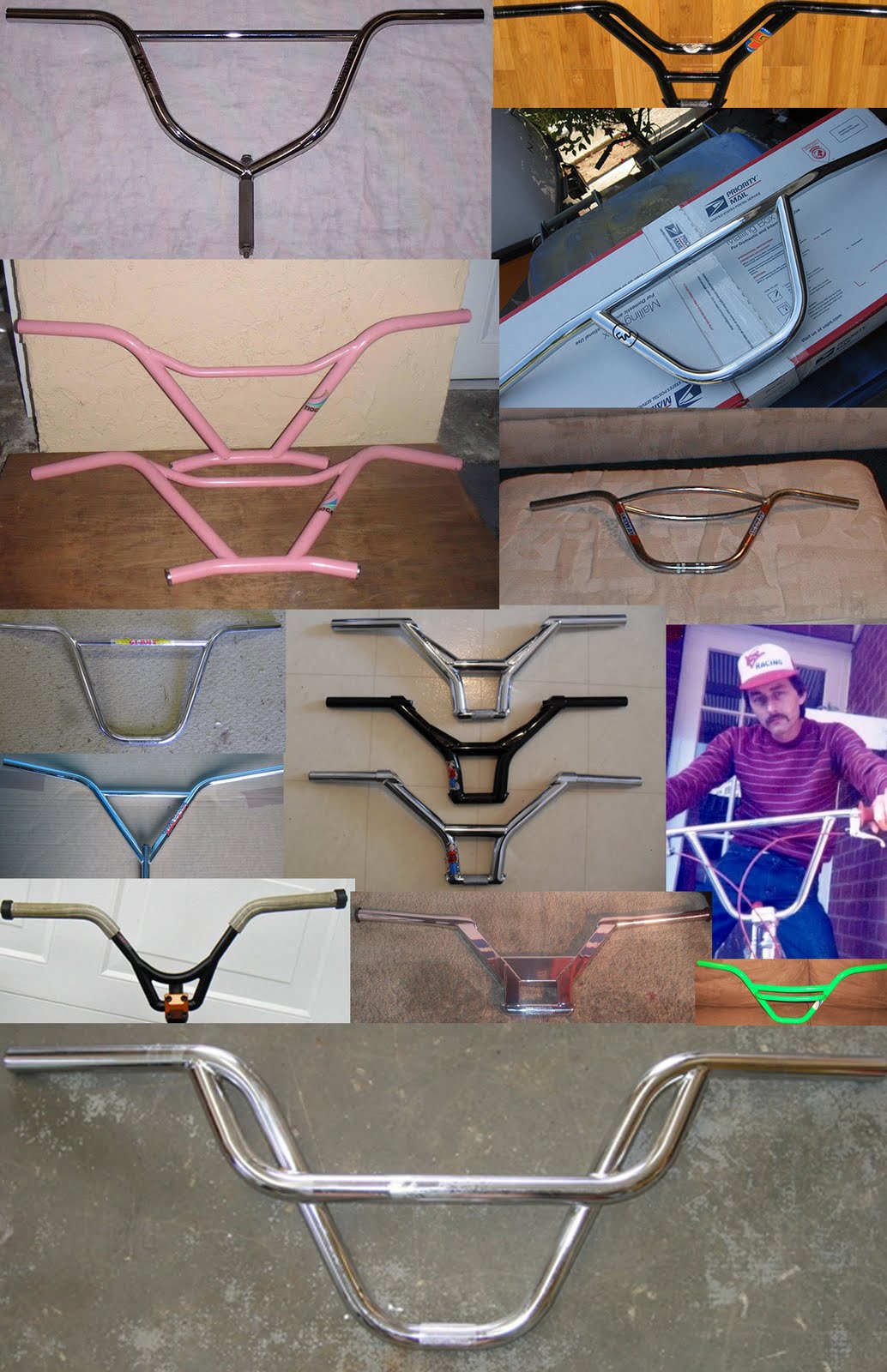 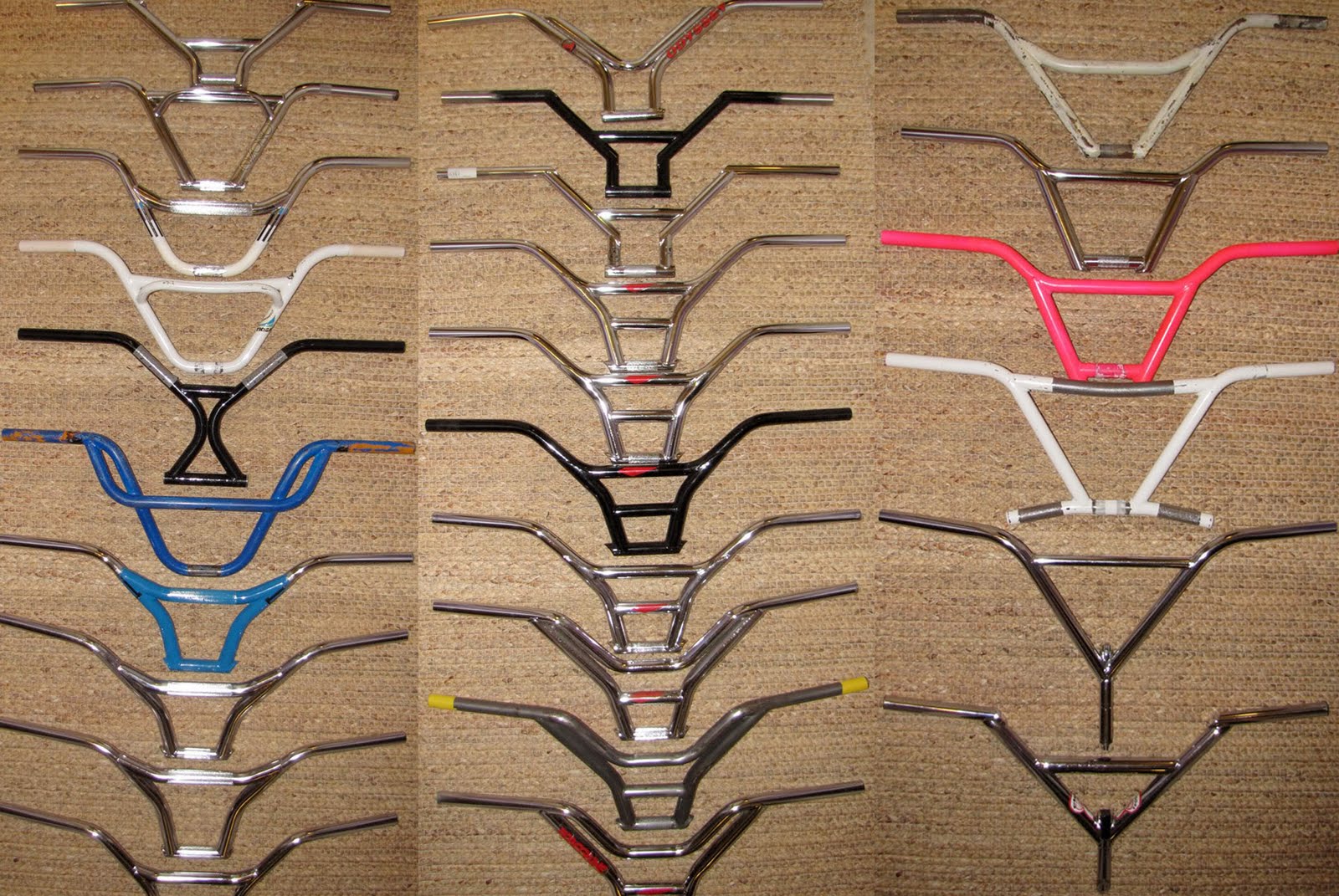 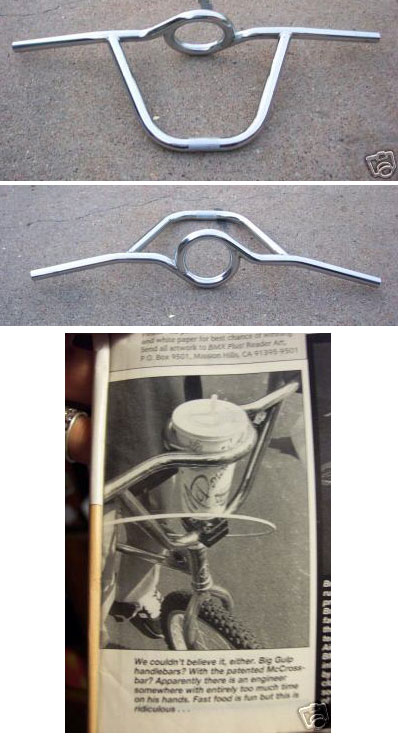 ” . . . This has always been an issue in the BMX world, but over the years there have also been those must-have bars that feel great, last, and look good doing it. These are mine, and many others, favorites:

So, there ya go.  BMX has come a long way.  As manufacturing techniques have improved, so has design, quality, and strength. Plus, a lot of early ideas that actually worked have come full circle into modern freestyle applications. I’m thankful to still be riding in an era when we have so many excellent options to choose from, but also have to admit to having run at least 4 pairs of the questionable bars in the top photos . . . However, I wouldn’t change a thing.  I’m glad BMX Freestyle is slowly learning to embrace more facets of its history as we steer headfirst into the new century.

*Parts of this post originally appeared on the Boyle Custom Moto Blog, and I spotted it while doing research for Kim’s interview, which you can check out HERE!

21 Responses to BMX Handlebars // Through the Years