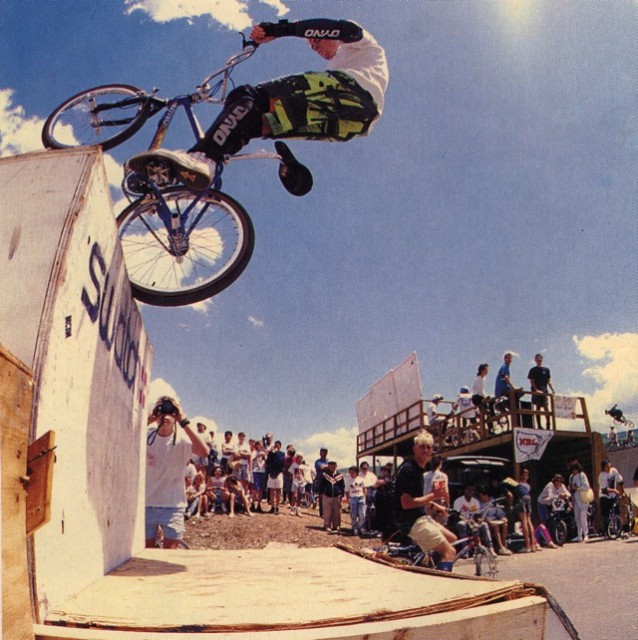 Dave Voelker Abubaca’s the sub box at Woodward East during a 2-Hip contest in the summer of 89′.

I don’t think i can express how much Voelker has done for BMX and how much of an inspiration he was to me as a younger rider and what he means to me as a rider who is pushing 40. When i was young Dave was loose on vert and ruled the streets. No one could touch him. Now as i near level 4 i look to him as someone who as never slowed down and use that as a catalyst to push me when im out on my bike.
Dave broke his patella back in June of 2014 and like most his insurance has a cap and he has reached it. Dave has given so much to BMX and if you feel like you want to give some back please head over to the ‘Go Fund Me’ account that was set up for him and donate. Click here to check it out.

This entry was posted in Articles and tagged Dave Voelker, donate, street. Bookmark the permalink.