It is pretty much common fact we all get way more out of BMX than we ever expected to on the first day we put our feet on the pedals. It can be a hard life on the body, but the experiences we have can’t be beat. That fact was proven again for myself and many others in attendance at Dean’s Dirty 30 Bowl Jam in Oregon. It is one thing to say everyone was psyched on riding Tedder’s masterpiece in a barn in rural Oregon. Add in the faces from friends in the past and now future, and the presence of some of BMX’s most iconic teams. Words can’t even come close. Photos help though. Just the expressions on everyone’s faces says enough. 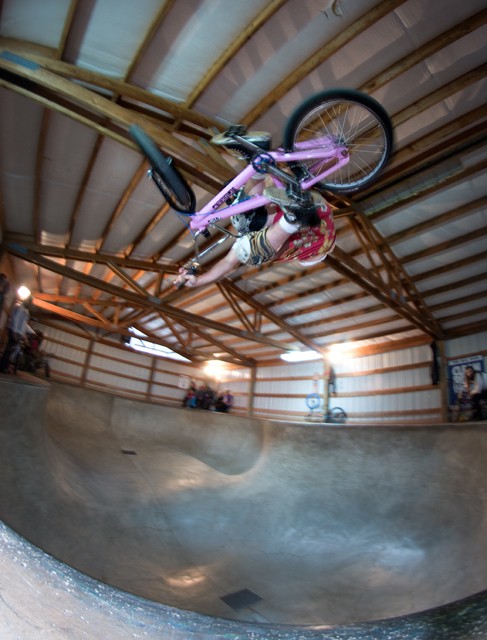 Celebrating 50 with a serious table in the deep end. Ron Wilkerson is a bad ass. 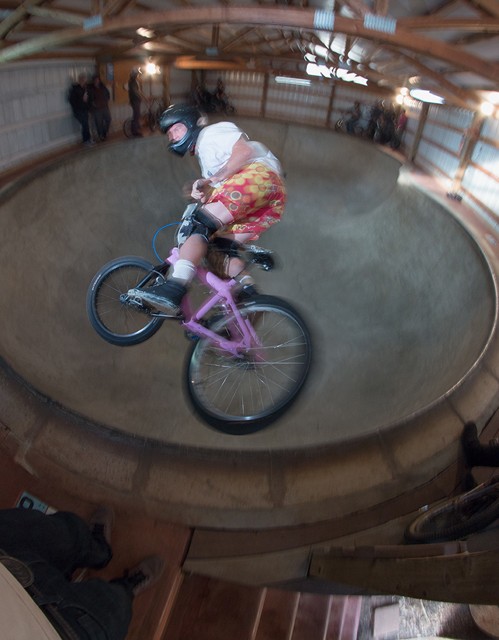 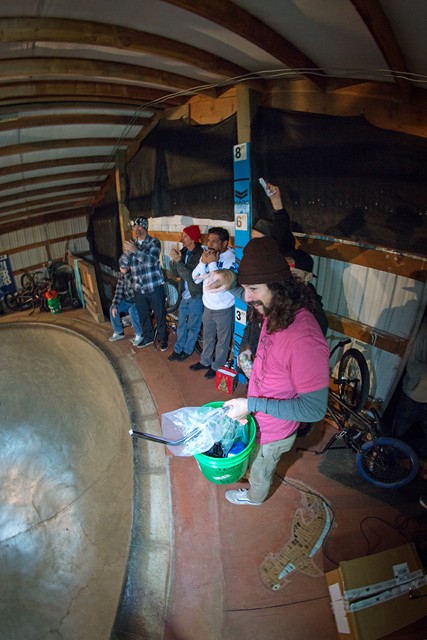 Dirt Ron collecting his reward for a sick nosepick drop in on the deep end. 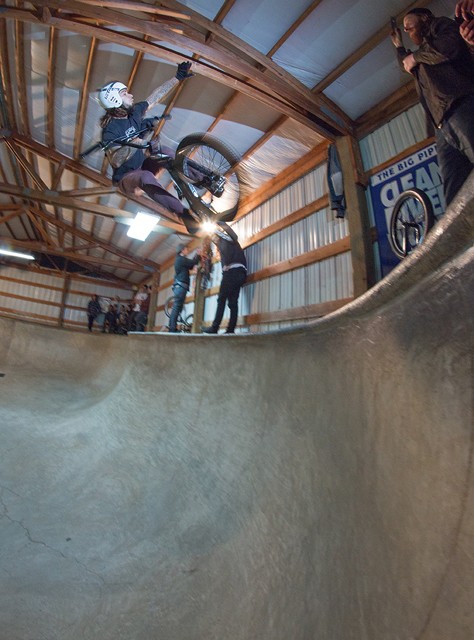 This is ridiculous on so many levels. Make sense of this one. Matty switch Handed Rafter Grab way up.

Throwing in a toboggan for good measure, Matty was reaching some big heights. 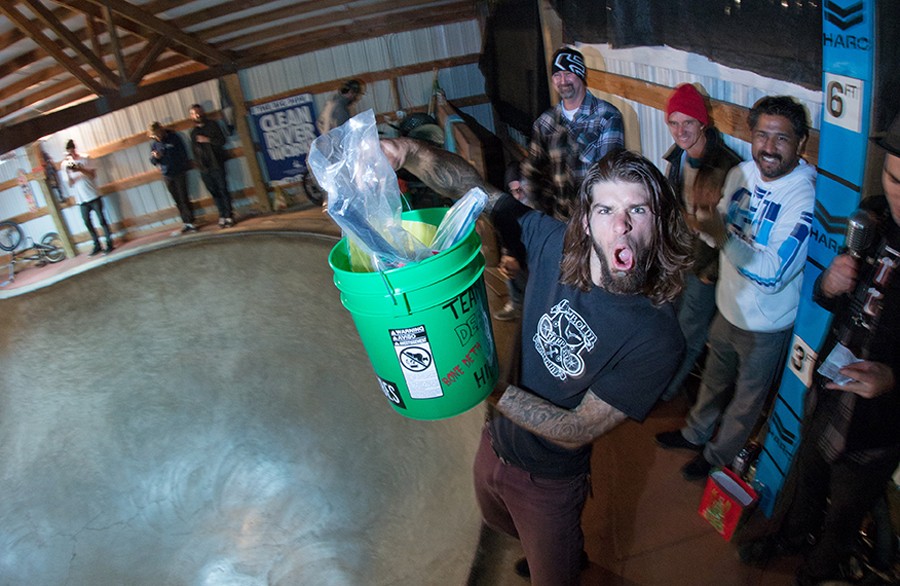 There were some contenders blasting way out in the deep end of this bowl. Ratty Matty came up the highest and was pretty damn psyched on the fact. 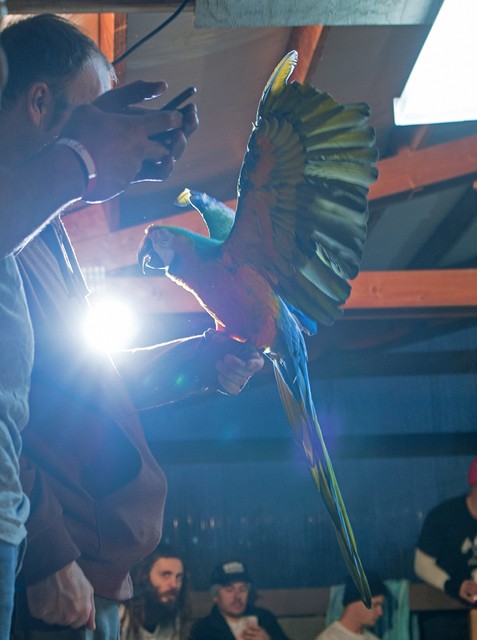 Local parrot as present for some heckling during the session. 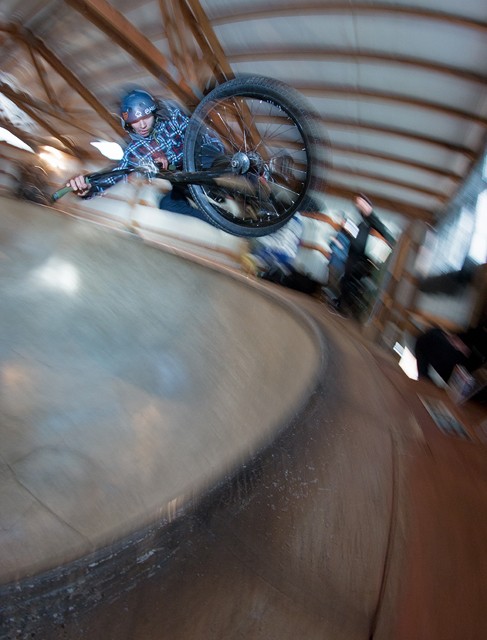 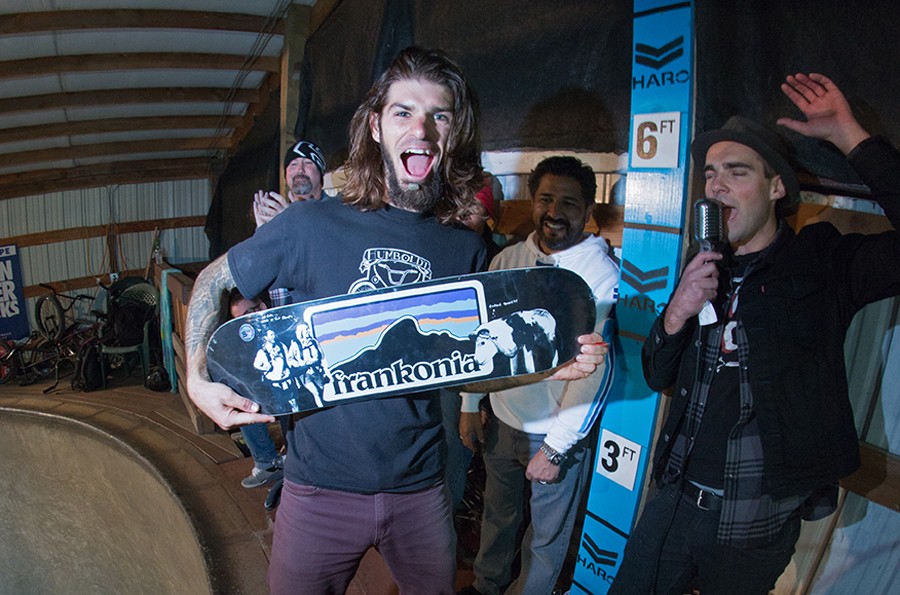 Matty celebrating one of his accomplishments with a raffle win. 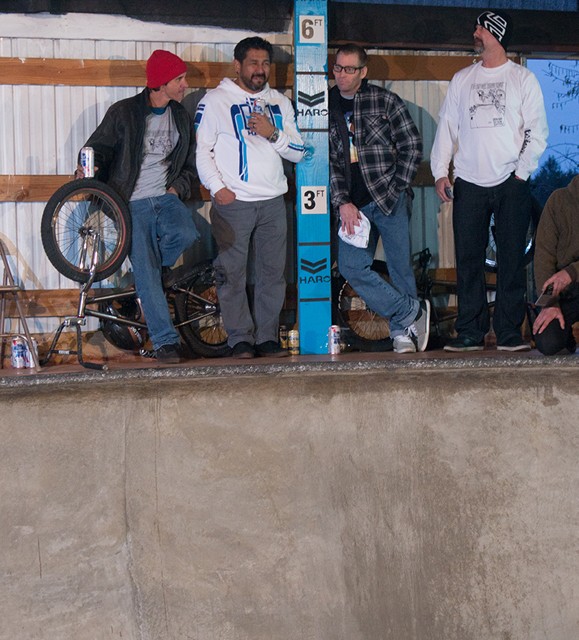 High Air Comp judges lineup was stacked with some of the pioneers in BMX. Dave Nourie, Xavier Mendez, Mike Dominguez, and Brian Blyther bringing the legendary Haro team back again. Ron Wilkerson was shredding during the time of this photo. 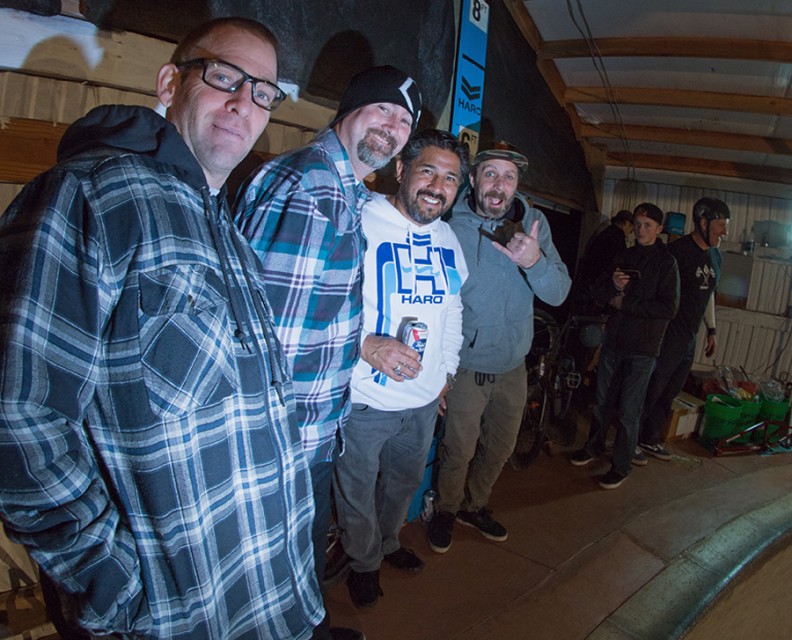 One of the many highlights of this jam was riding and sharing deck space with some true legends in BMX. 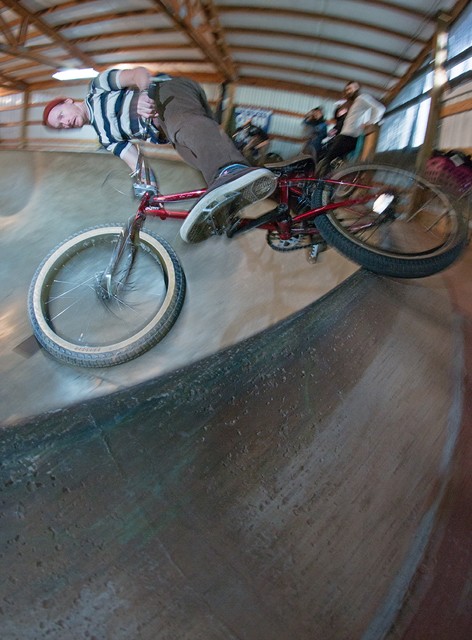 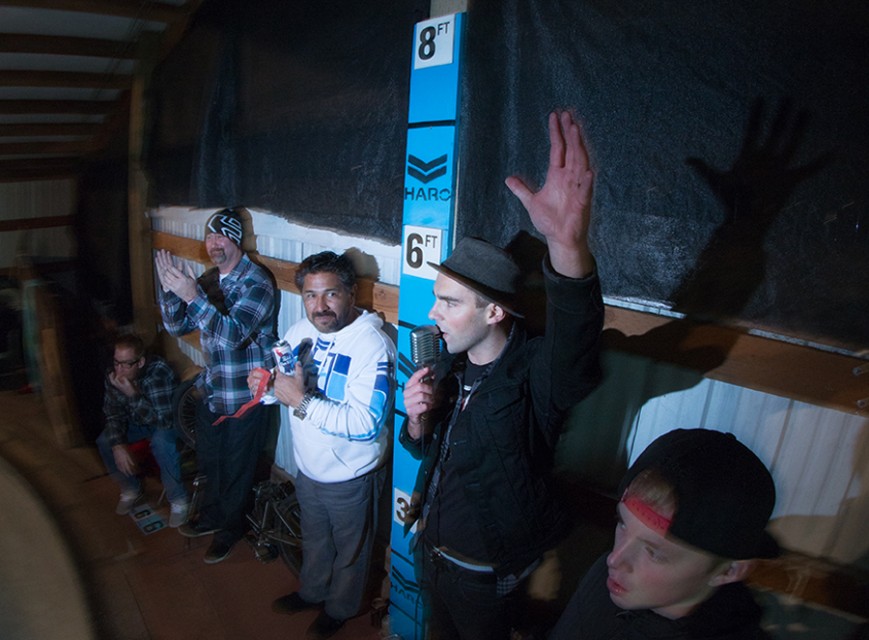 Dean introducing the high air part of the night. 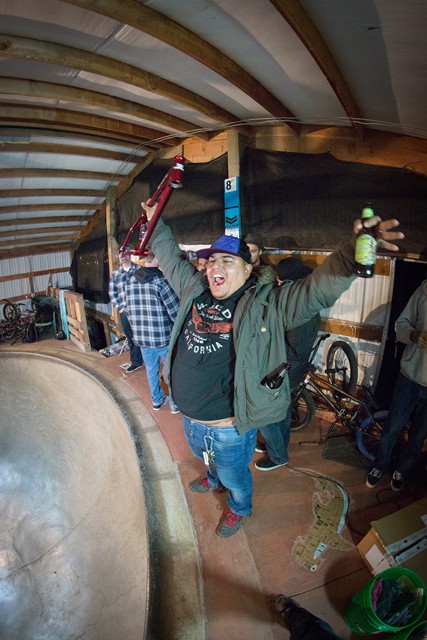 Winning a frame in the raffle always makes for a good time. 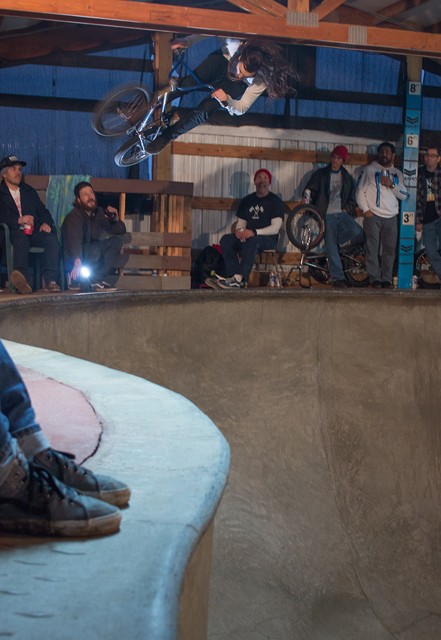 Ryan Greene getting up there. Look close enough and you can see his shoulder is above the beam and his neck isn’t far behind. I heard “watch your head” after this one. 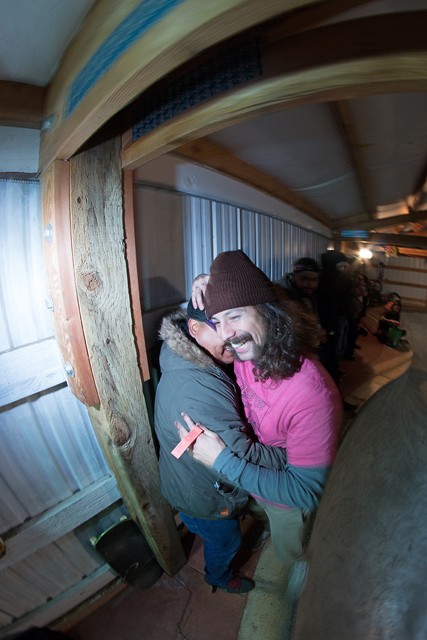 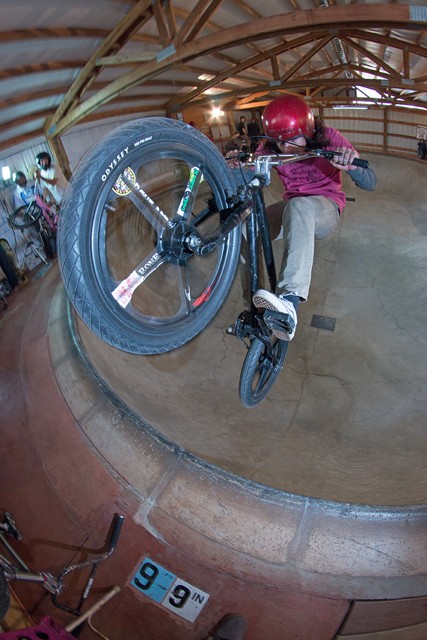 Keeping those mags high and dry out of this bowl. My favorite photo from the day, this fakie is absolutely insane. 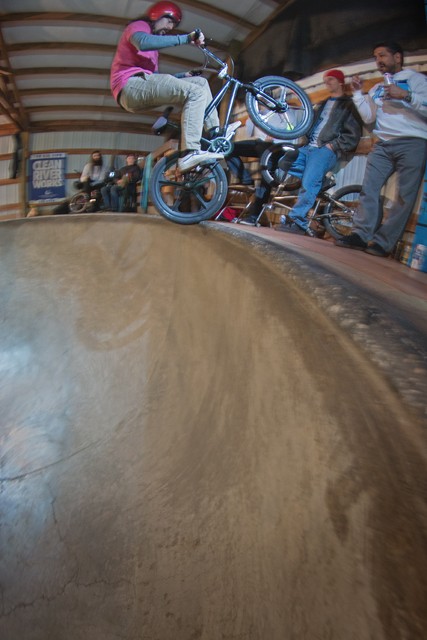 The Bowl was steep and deep, so Dirt Ron was right at home. Abubaca at 9’9” 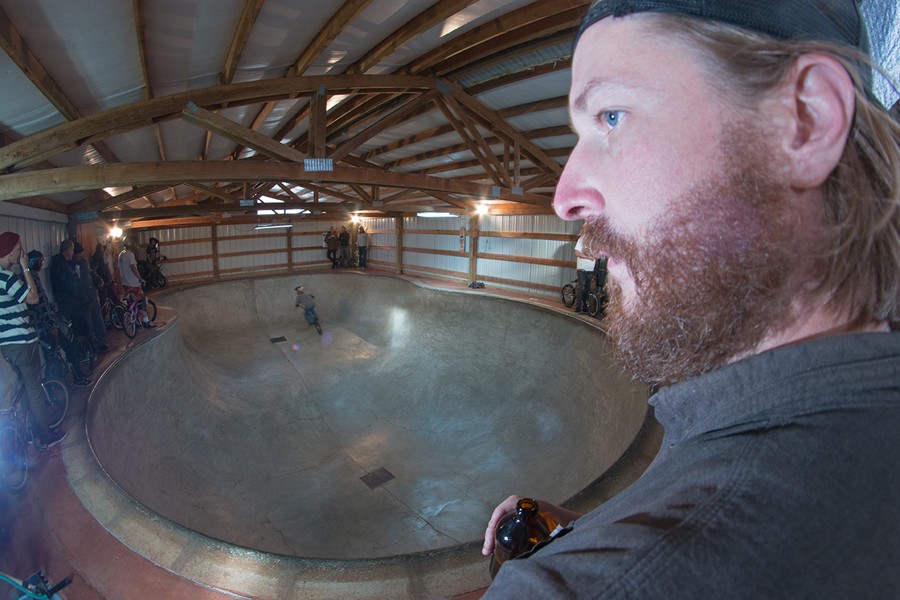 Ryan Davis assessing the situation with a beer in hand. 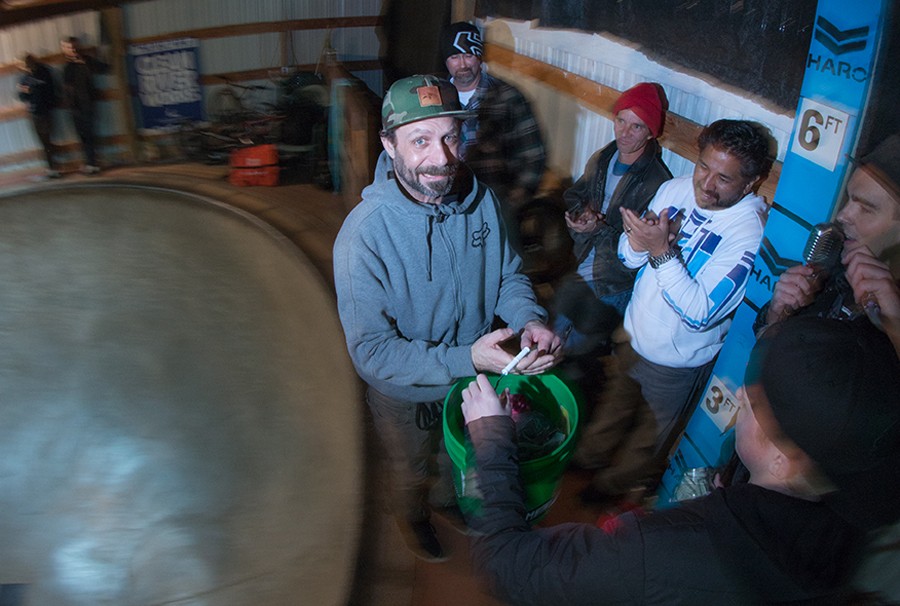 Andy Merrall with the face that shows why he won the MVP award. Andy brings so much to every session with his energy and excitement.