In Search Of Podcasts // Wall To Wall Freestyle 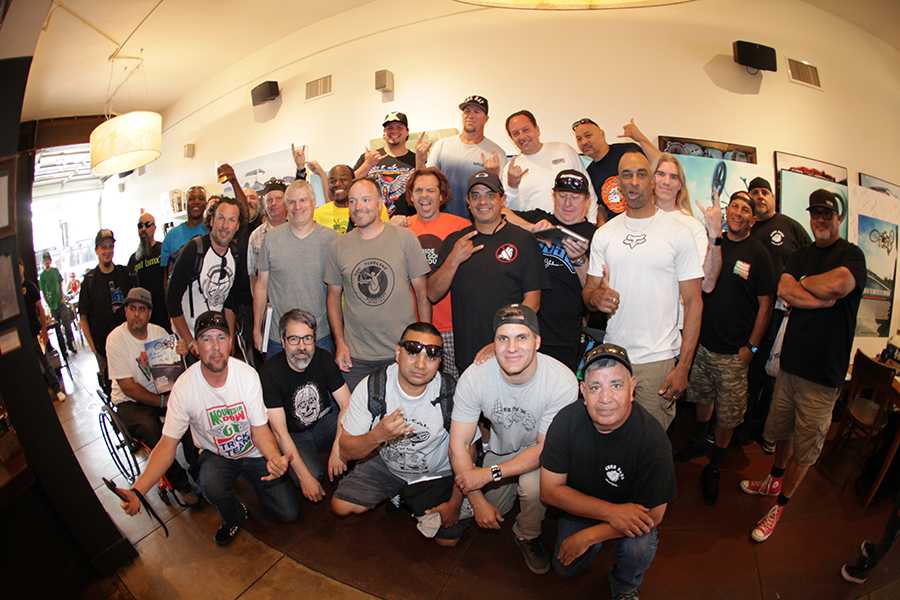 I had missed out on the Southern California Book release for the “Birth of the Freestyle Movement” and I was not about to miss another epic gathering for the Norcal release. After replacing the U-joint on my van the night before I was off and running towards Berkley, CA.

After a quick power nap outside of Lake Shasta I still made the starting time of 12 noon at Rich Avela’s coffee shop Highwire.

I was so excited to get the second edition of The Birth Of The Freestyle Movement. I especially wanted to read more about Jeff Watson,  The Dirt Bros. & the Curb Dog chapters! I have not had a chance to finish reading but so far I am stoked! The stories and pictures are great and damn this book is heavy! If you want to learn more about the project or want to grab a book hit up there website here. 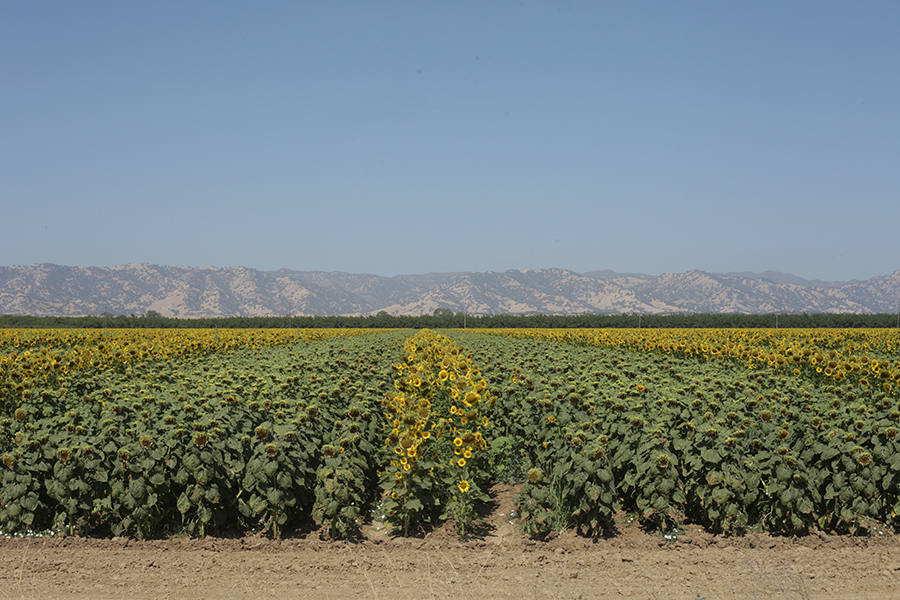 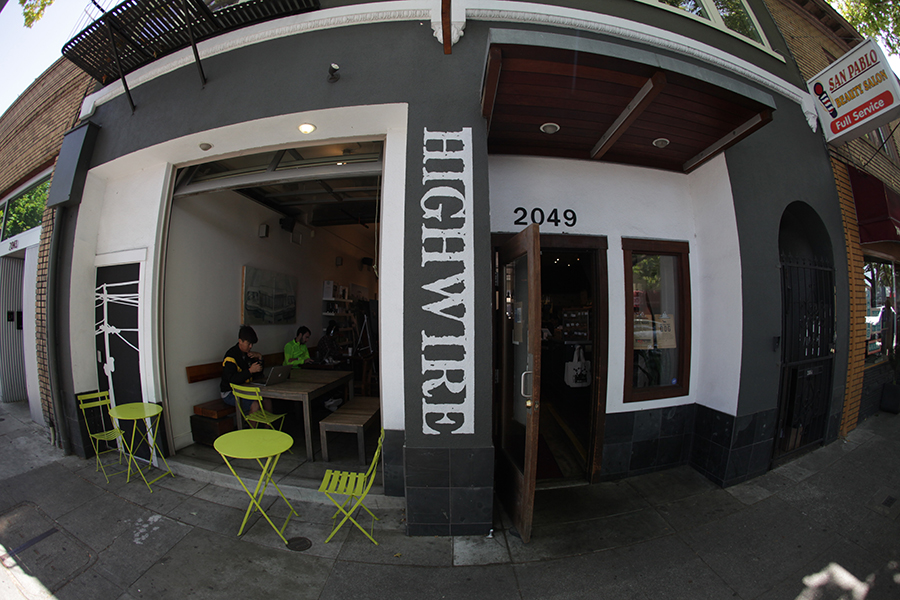 Highwire Coffee was the perfect afternoon spot to hold the event. The weather was perfect and there was a steady flow all day of familiar faces and soon to be friends talking about the book and sharing stories from sessions past. 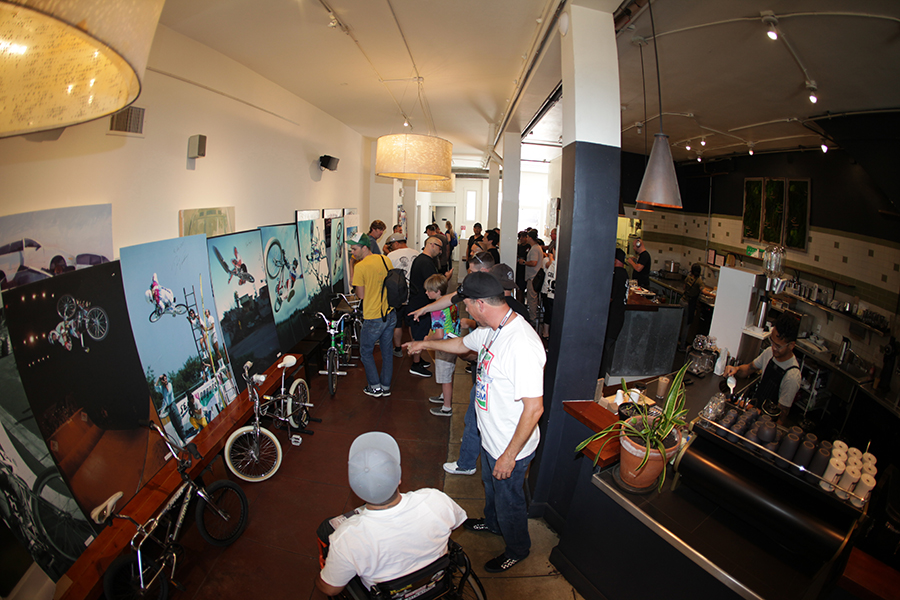 It was a packed house all day long. 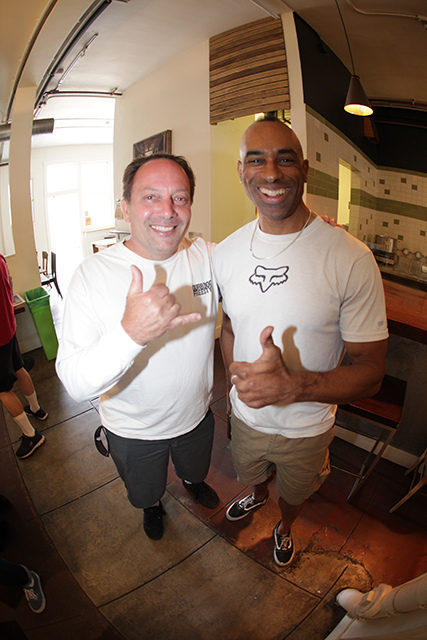 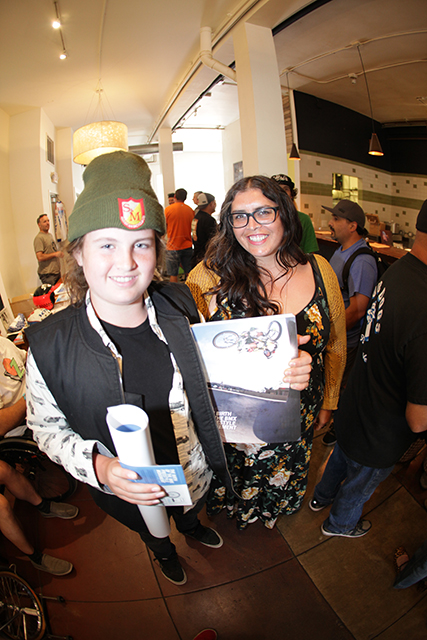 Aryei ‘RipeLyfe’ Levenson & his Mother Trina! The future is now with this one! 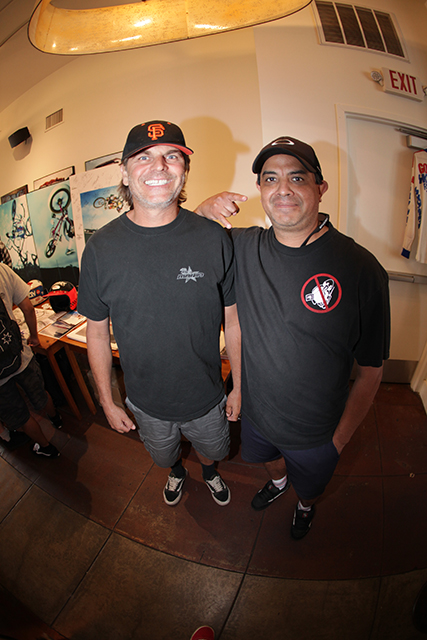 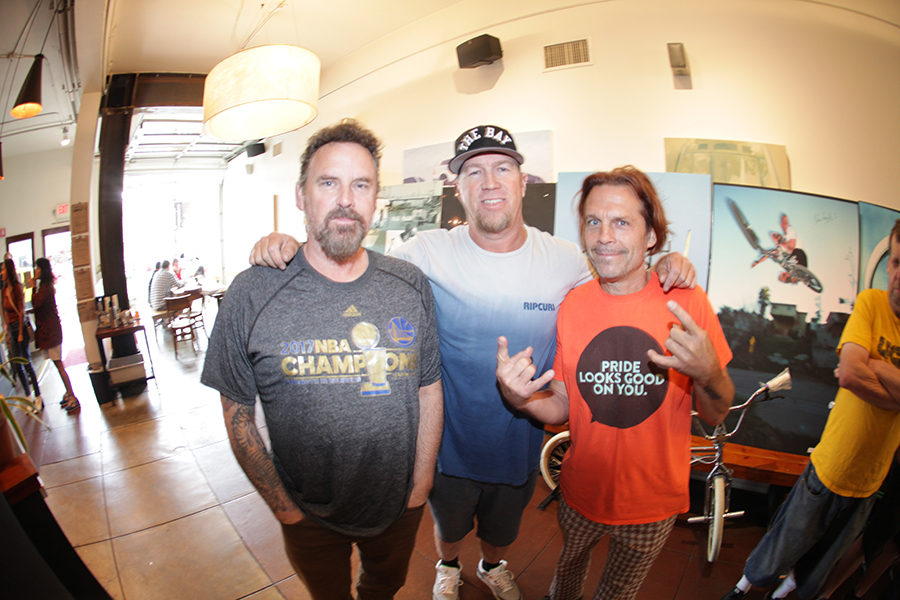 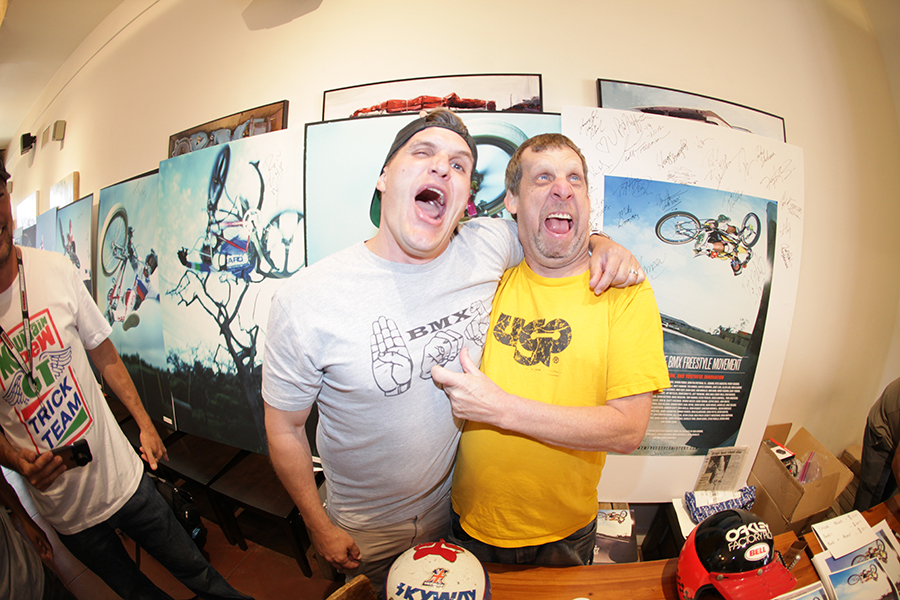 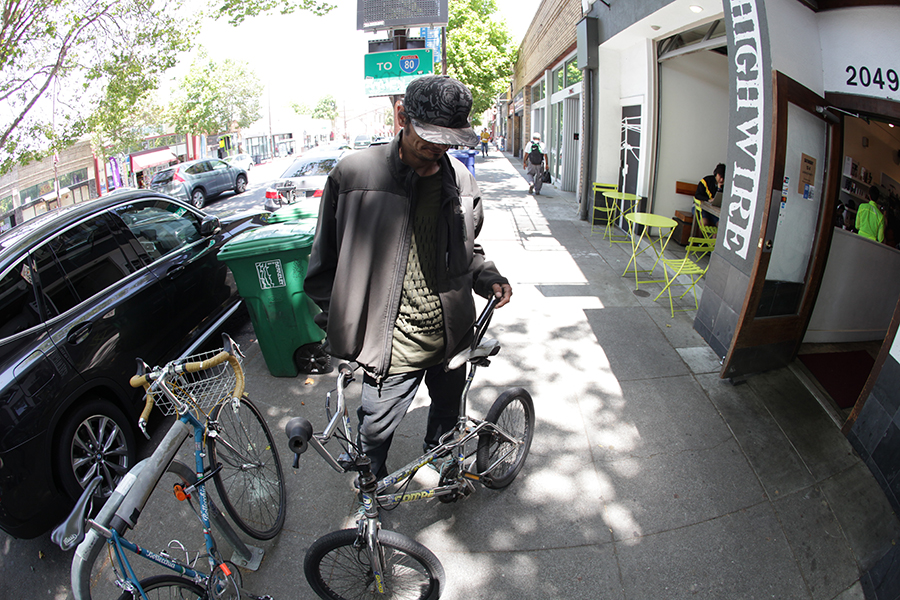 So many riders all day were showing on pristine vintage rides or sometimes that vintage ride is still your daily! This Dyno Compe was well used. 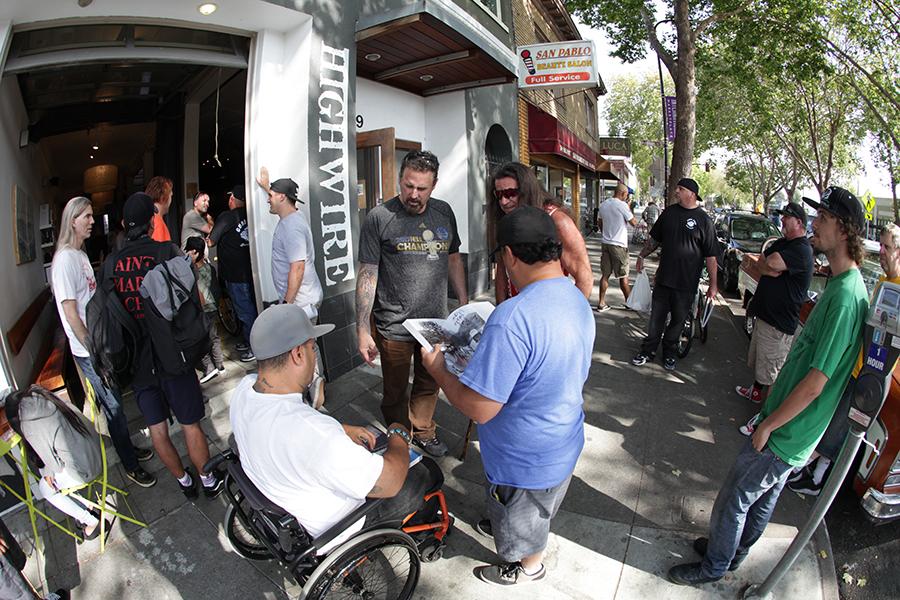 RL & The Duke signing some copies of the book. 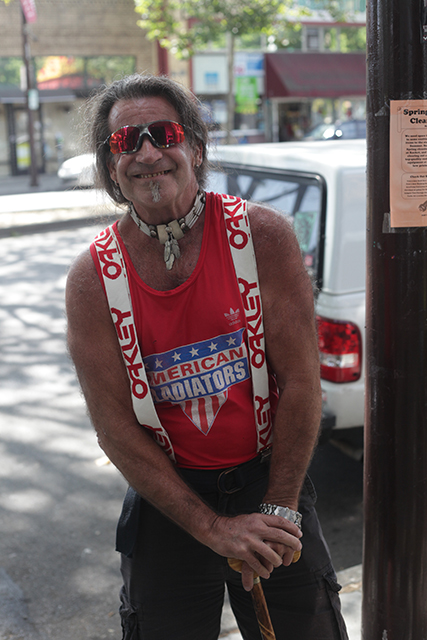 Roots run deep on this guy. The Duke of Oakley. 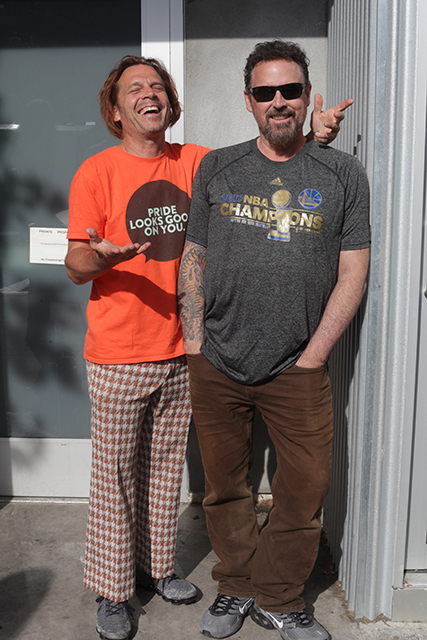 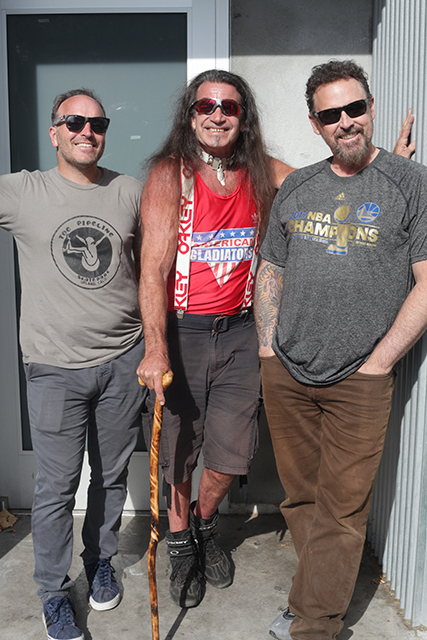 The man that put this project on his back, Dom Phipps with The Duke & RL. 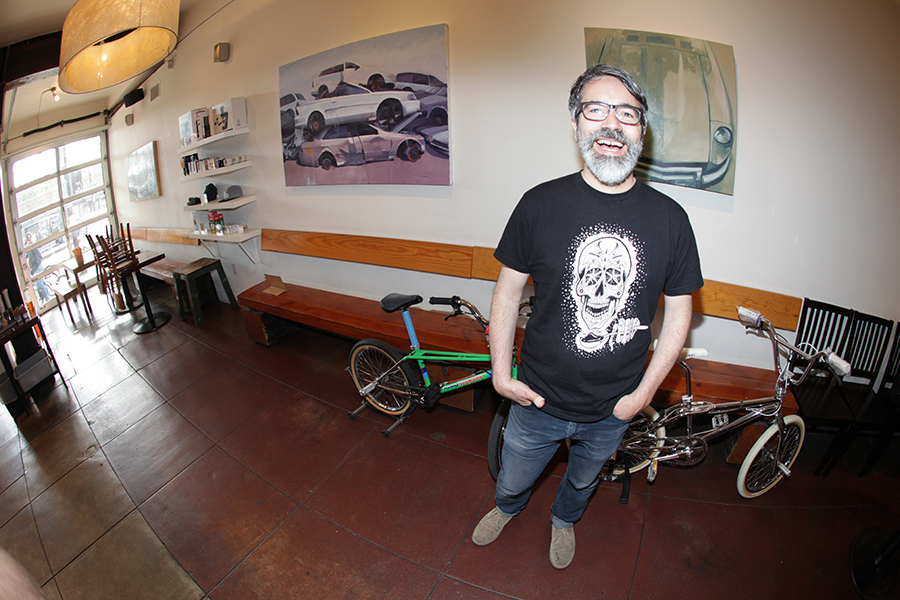 Big thanks to Rich Avella for holding the event at Highwire Coffee Roasters in Berkley. You can read about Rich’s move from BMX to coffee here. 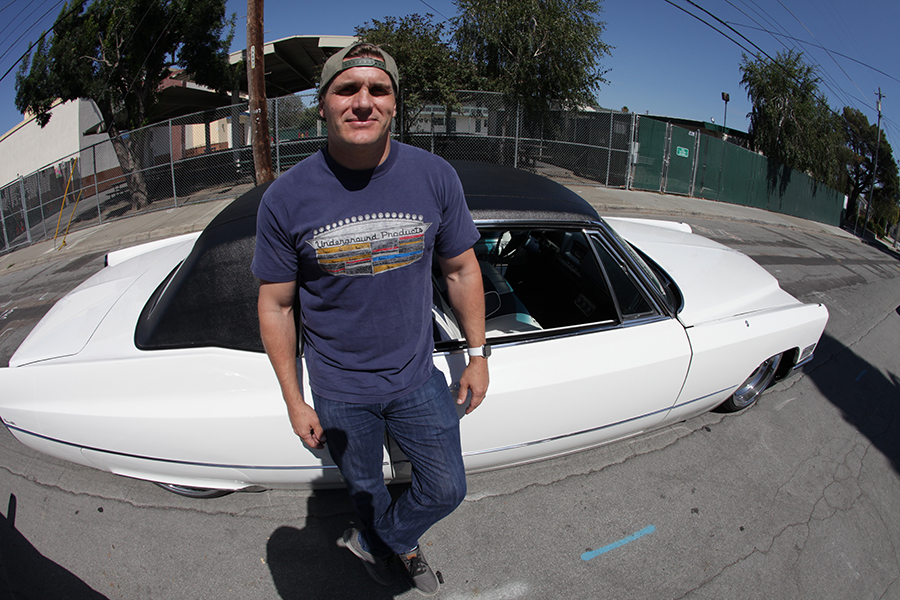 The next day I cruised over to Oscar Gonzales’ house to do a podcast with Cameron Birdwell. Ive known Cam since he was about 15 and he has had an incredible ride with plenty of highs and terrible lows. It was so awesome listening to him share his story and to see where he is now in life. 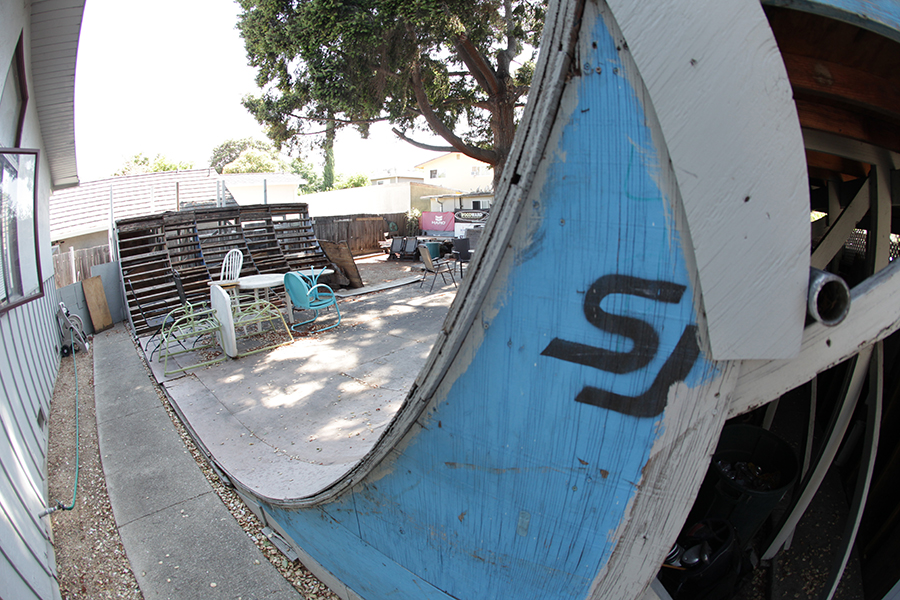 Oscar’s place has so much history from his brother Hugo’s roots with Skyway, being a part of the Ozone team, to his walls being plastered with a who’s who of signed bmx memorabilia. His ramp still has wood from the infamouse San Jose Ramp club. 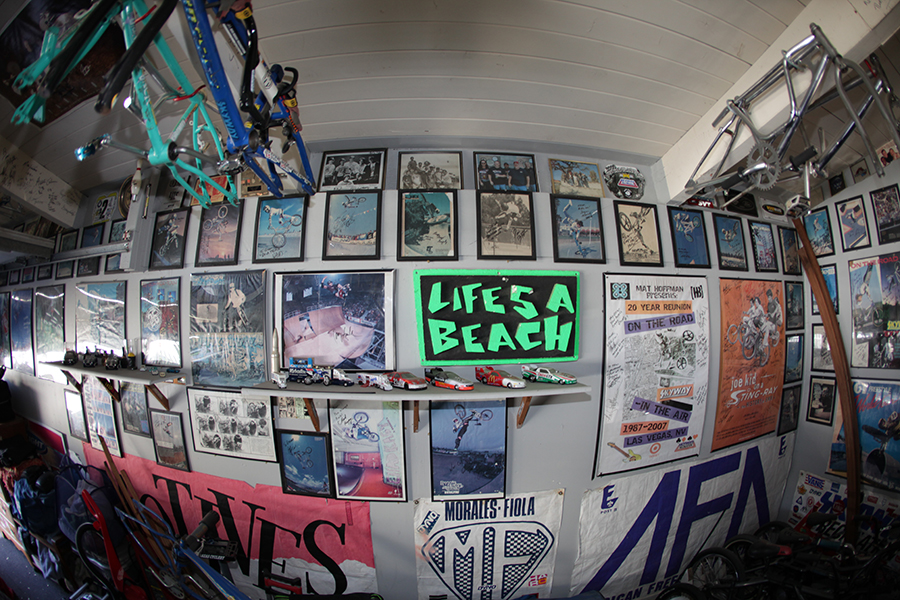 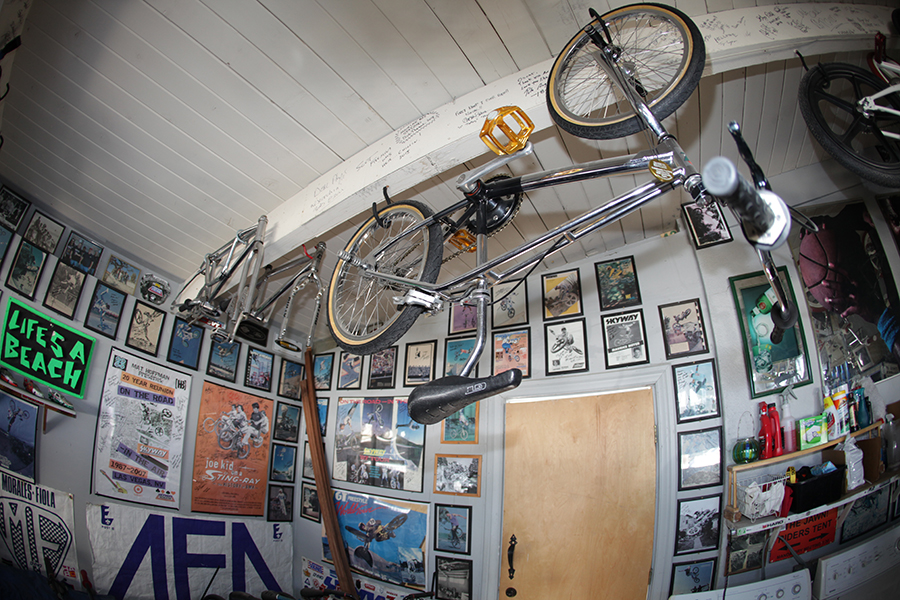 Oscar’s personal Ozone he rode when he was on the team. 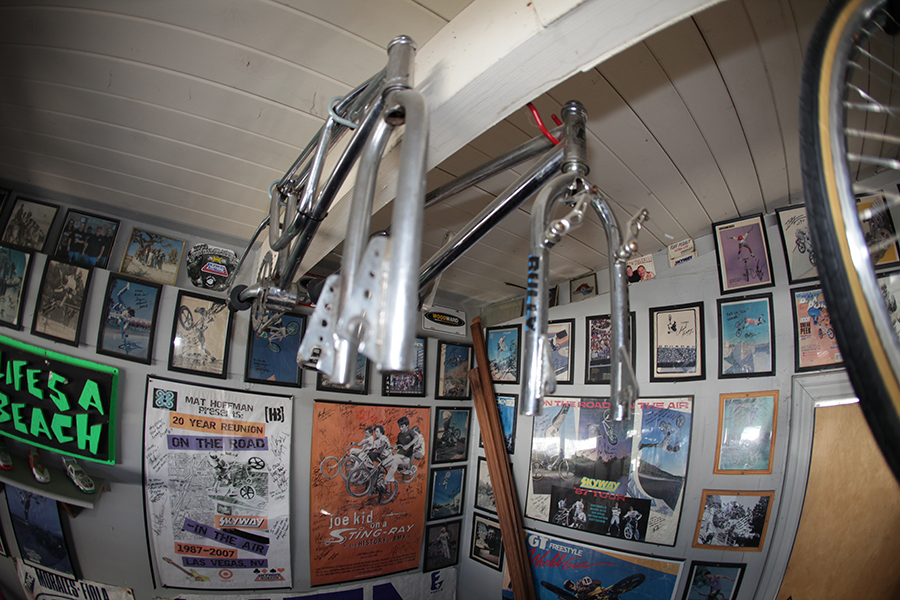 The Bully Piston on the right was Mike Krnaich’s That he got a fair amount of coverage on in the early 90’s. 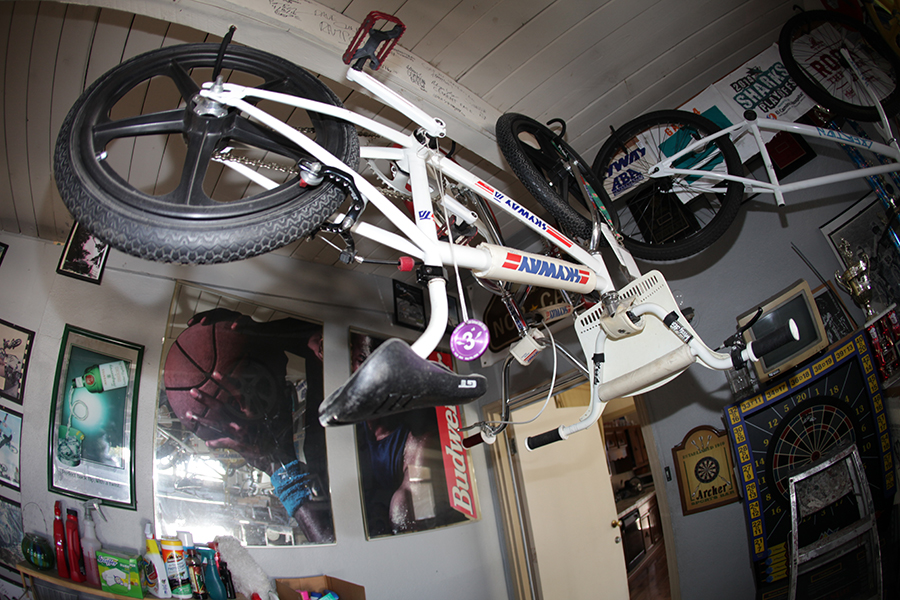 One of Hugo’s Skyway T/A’s. 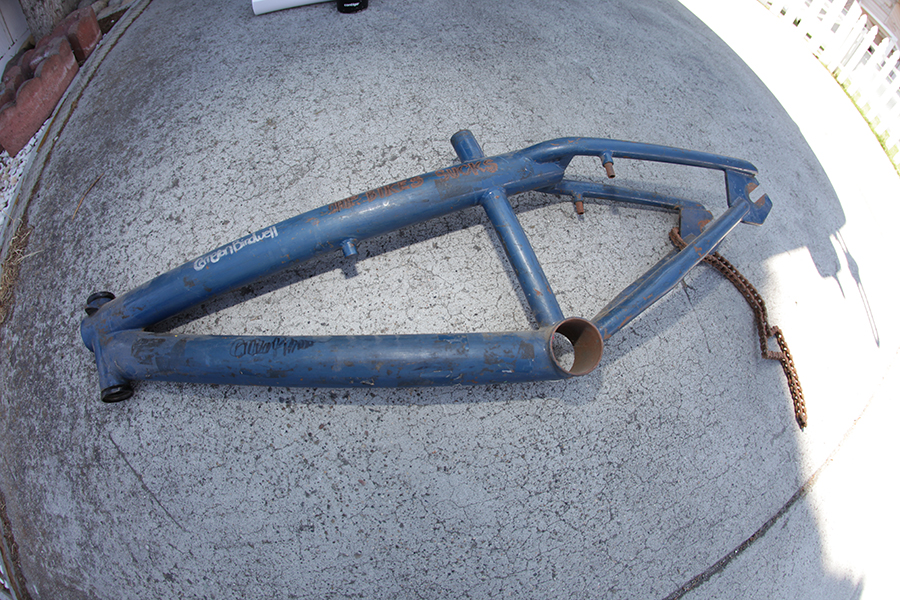 Cameron brought over his Chromoly Pork frame that he rode in the early 2000’s and damn this thing was no joke. It had to have been at least 10lbs. 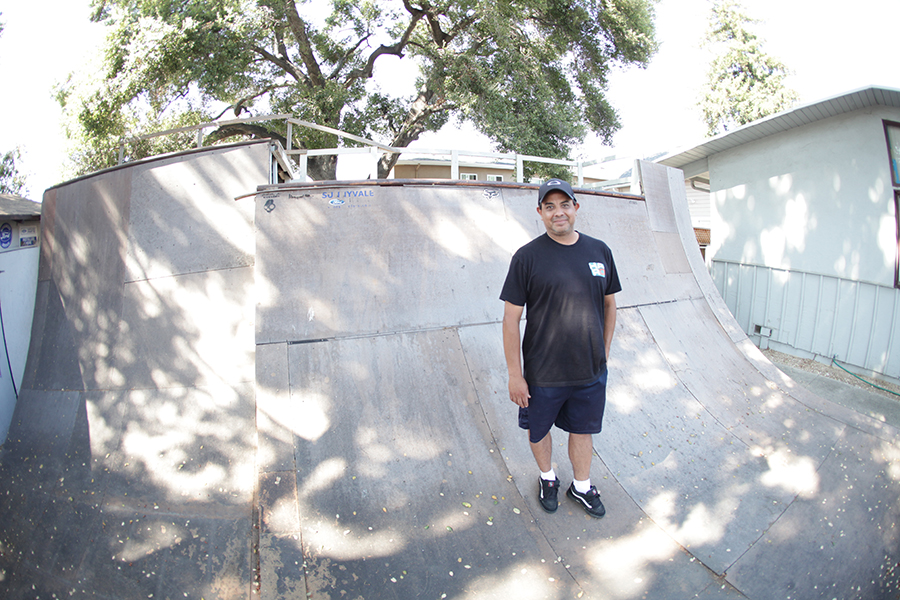 Thank You Oscar for letting us record at the house! I’ll be back soon! 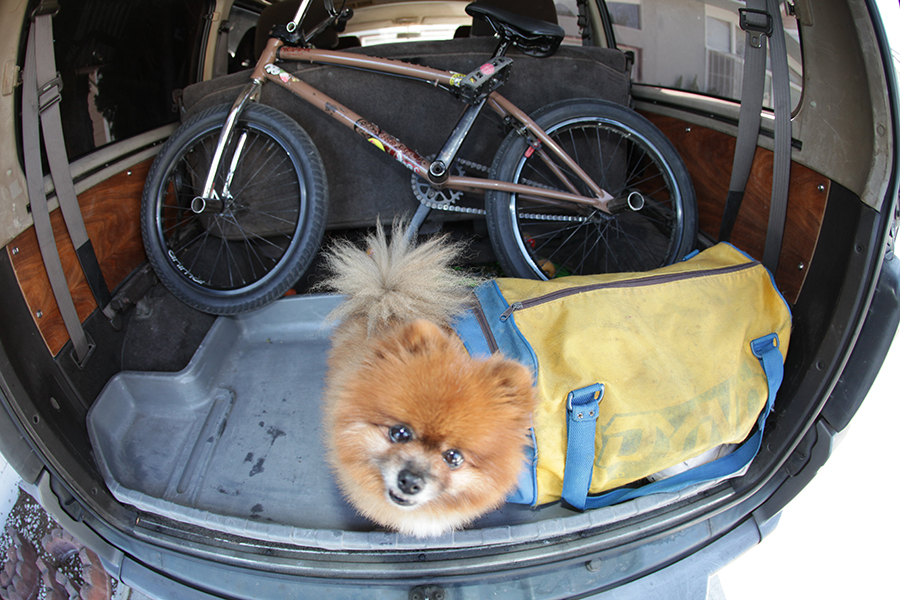 Repacked my van and i was ready to head up the coast with my travel buddy Choo. 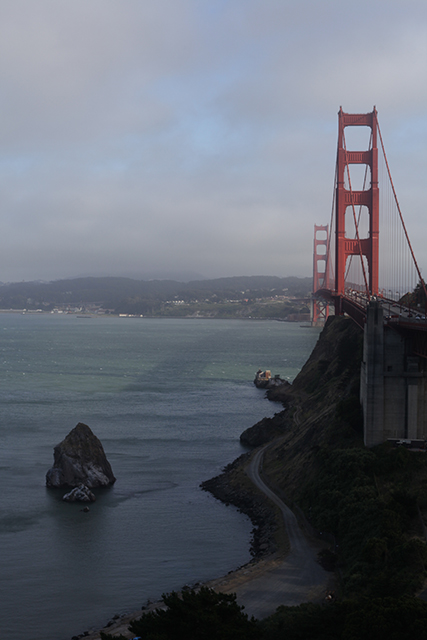 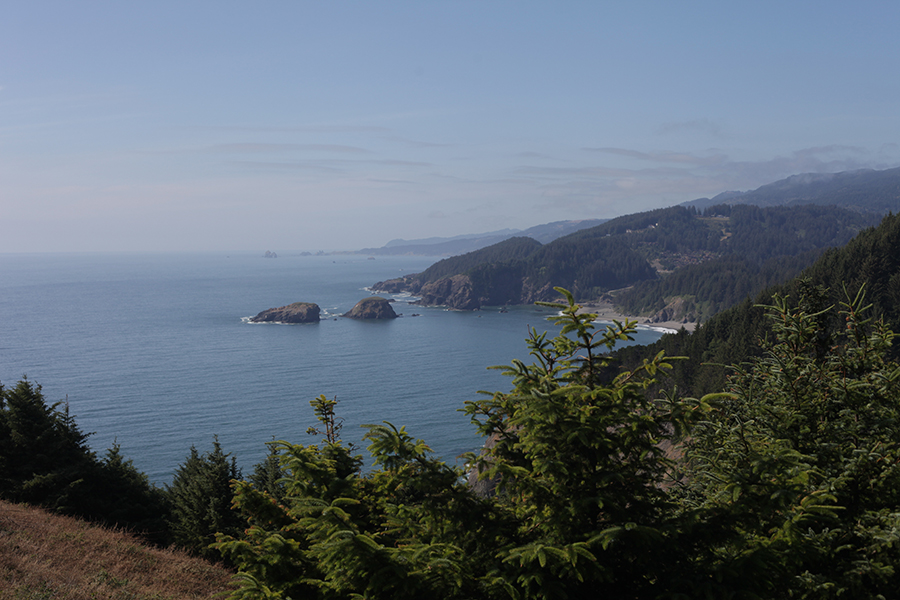 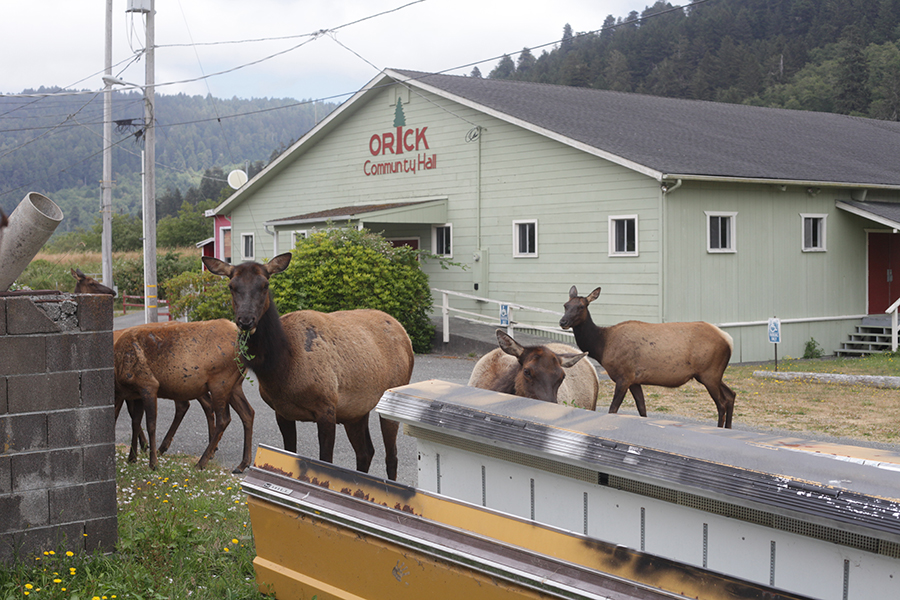 So many damn Elk on the way home! 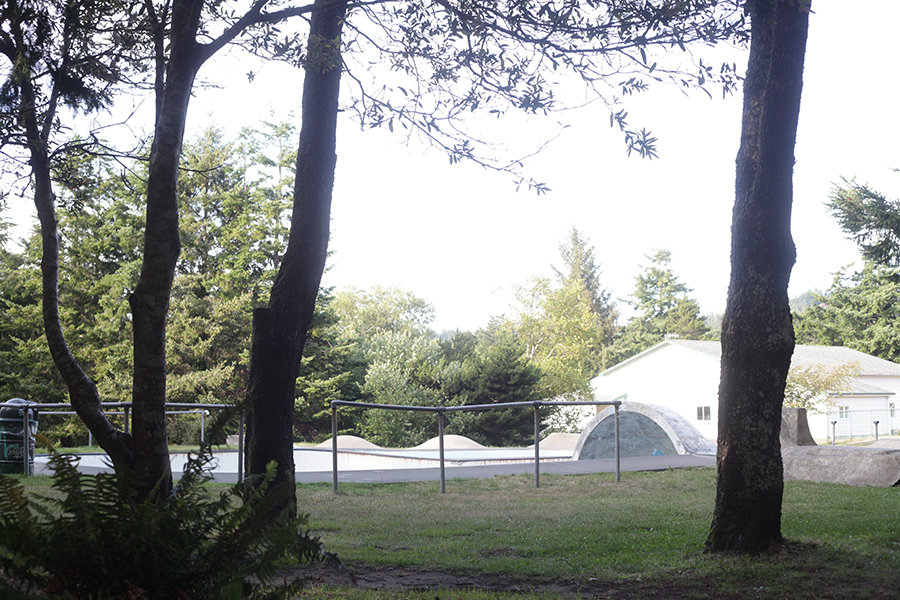 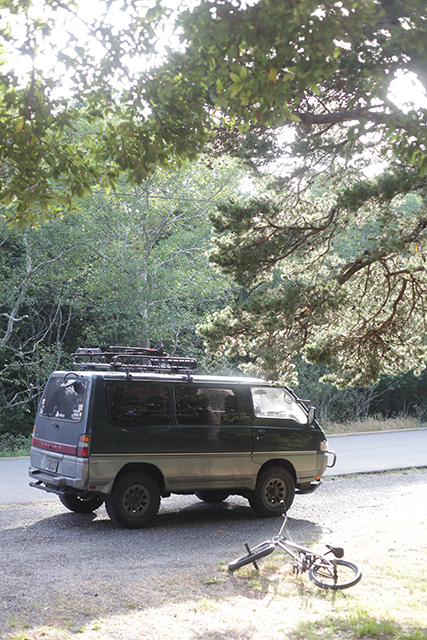 After a quick solo session I was a few hours from home and ready for some much needed sleep in my bed and not my van!

2 Responses to In Search Of Podcasts // Wall To Wall Freestyle