As a young kid growing up riding I was always fortunate enough with being surrounded by the “older crowd” of riders. With BMX I tend not think much of it because in our sport I feel BMX makes even the oldest dudes seem like teenagers and some younger kids act like old salty trail dogs. I was always hearing the stories of the old crews inspiration, even as I grew as a rider and began to find my own modern favorites(Ruben Alcantara & Bruce Crisman) I still had the old school foundation and respect for the ones that paved the way.

Fast forward some years, I find myself living in San Diego, CA, one of the birth places of BMX. On any day a “new school” kid could be cruising the same spot that Vic Murphy or Dave Voelker rode years before them without them knowing it, perhaps even doing the same moves they were. These streets down here are littered with BMX history, I sometimes think while mobbing the city, what riders have been down this very same path. 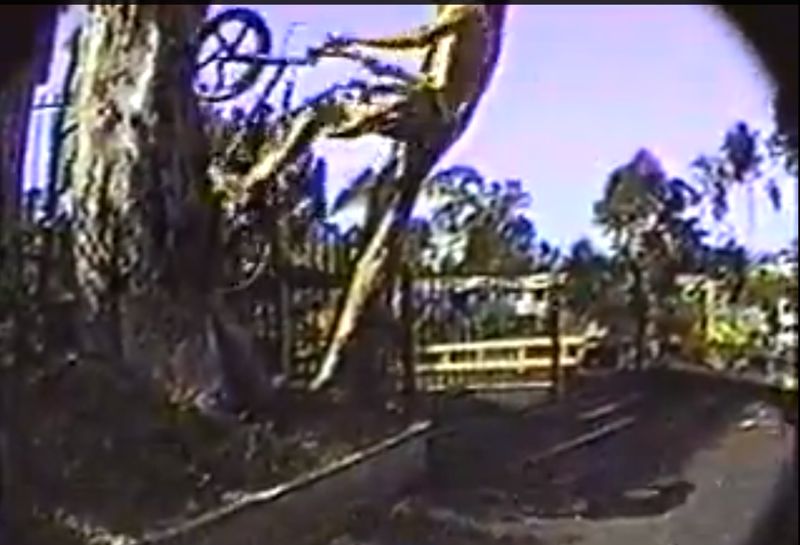 One day while out riding with some of the new generation of shredders and San Diego BMX legend Sam Townsley, we ended up in Balboa Park. Sam had been telling me about this tree ride Brad Blanchard had done in Hoffman Head First for awhile now, we went to check it out. Upon arrival the gnarliness of this tree ride really stuck out to me, the run up, its on top of a huge hill and 2×4 protruding from the lip. With the current state of online BMX media there is a very common acronym, ABD(already been done), so I was semi reluctant to try it. I then thought back to how much more gnarly it must of been for Brad, the bikes they rode were nuts and I had even heard he did it in work boots, so with that in mind it wasn’t about an “ABD” or a “one up” it was more about paying homage to the legends that did it before us. Now after pulling it, I am constantly reminded that everything has been done and we must always respect the ones that rode there before us.