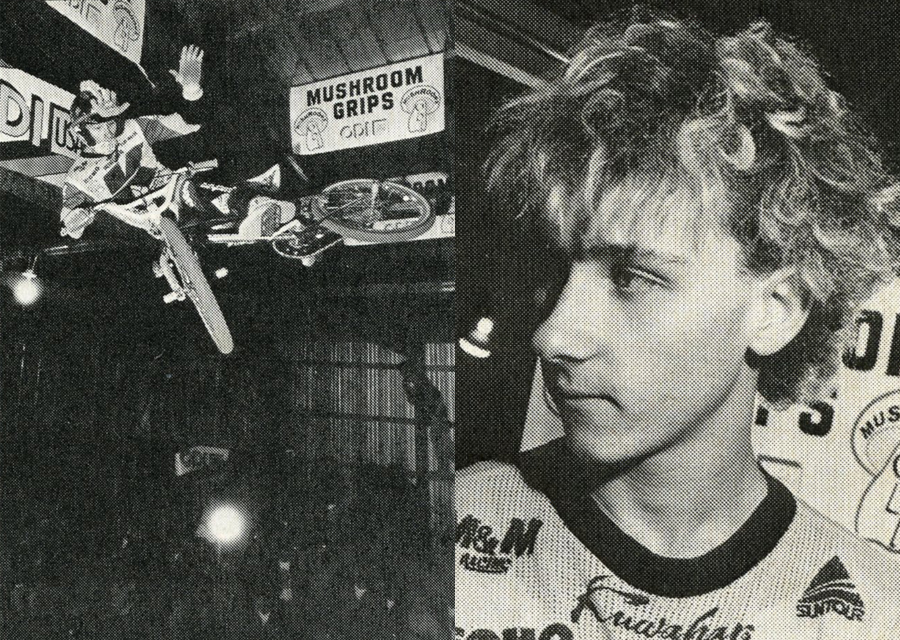 When Ken Paul told me he had a good story about Randy Tischmann at the first 2-Hip King of vert contest I was so excited! In my head I pictured over tweaked one foot tables and ridiculous Kuwahara ads! After hearing the story it made me feel like he was ready to take down his competition no matter what!Leave us a comment on your thoughts on the Magician.

In the fall of 1986, myself and five friends crammed ourselves into my parents’ 1977 Chevy Nova and drove from Winnipeg, Canada to the 2-hip King of Vert in Le Sueur, Minnesota. We really didn’t know what to expect. It was our first major BMX contest, and even though none of us were riding, we were hoping to catch glimpses of pros riding the ramp and perhaps pick up a few new moves. We arrived treated to the sights of guys like Ron Wilkerson, Mike Dominguez, Josh White and Dale Matson hitting the rafters. As a 17 year old from Canada, I was simply in awe. Frozen in my shoes (literally) just observing their every move. 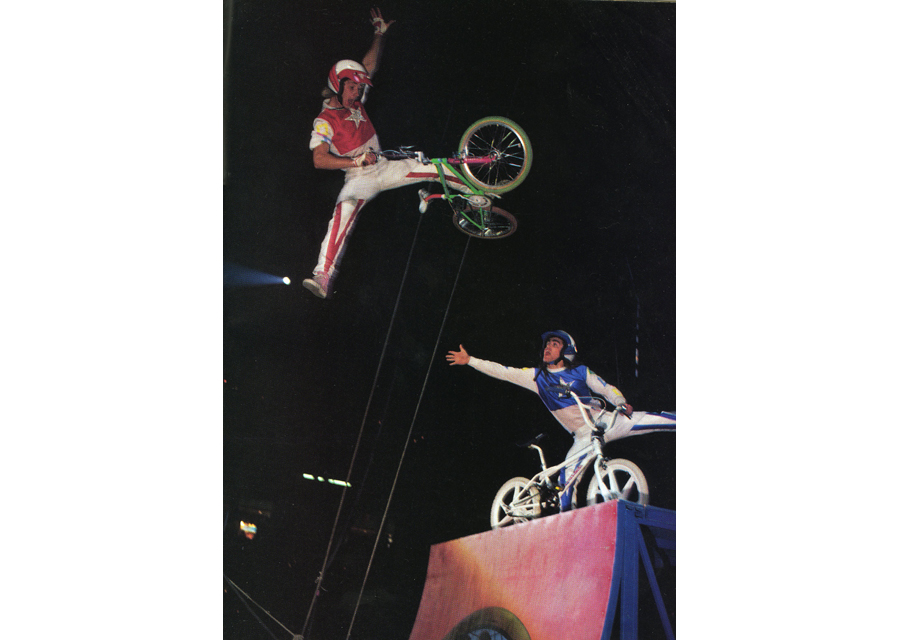 Randy stretching this one beyond bio for the lucky circus crowd! -1987

What I remember most about that contest was riding flatland beforehand in the back of the barn. We had a jam circle going and later that afternoon Jon Kerr took us outside to shoot some photos. My head was spinning. Here I was being photographed by Jon Kerr in the middle of nowhere Minnesota. It was oddly mild outside the night before, but a cold front moved in on the day of the comp and the barn was freezing.One of the guys we had met in the jam circle was none other than Randy Tischmann, “The Magician.” He came over to our hotel room and shot the shit for a while with his buddy whom I’ll call Rocky.

The evening after the contest, Randy and Rocky were full of stories, and one of the guys in our group, Dave, totally befriended Randy and his bro and soon the stories were flying. Randy was telling us all about life in the pro class, and all of his Chicago hijinks. Soon after, the room was up to the ceiling in tall tales and that’s when Randy and Rocky had an idea… It was time to pull a prank on the rest of the pros in the hotel rooms down the hall. Somehow they conceived the idea to get some yellow rope (it might have been from the trunk of my dad’s Nova) and tie the doors shut to the rooms that held the pros that I looked up to. The 17 year-old me was FREAKING OUT. Here I was in a room with the Magician, on one hand kind of enamored with the guy (after all, he was a pro rider) and on the other hand frightened by what him and Rocky were about to do. Randy and Rocky snuck out quietly into the hallway (much to the egging on by my buddy Dave) and proceeded to tie this big yellow rope around the handles of Wilkerson, Dominguez, White’s and even Lewman’s doors together. Those two must have really learned to tie knots in boy scouts, because man, there was no way those guys were getting out of their rooms. I couldn’t believe it … All I could think about was a fire starting and the whole hotel going up in smoke while some of the biggest names in BMX fought their way to get out of their rooms. I was torn. What was I to do? So I took a picture. 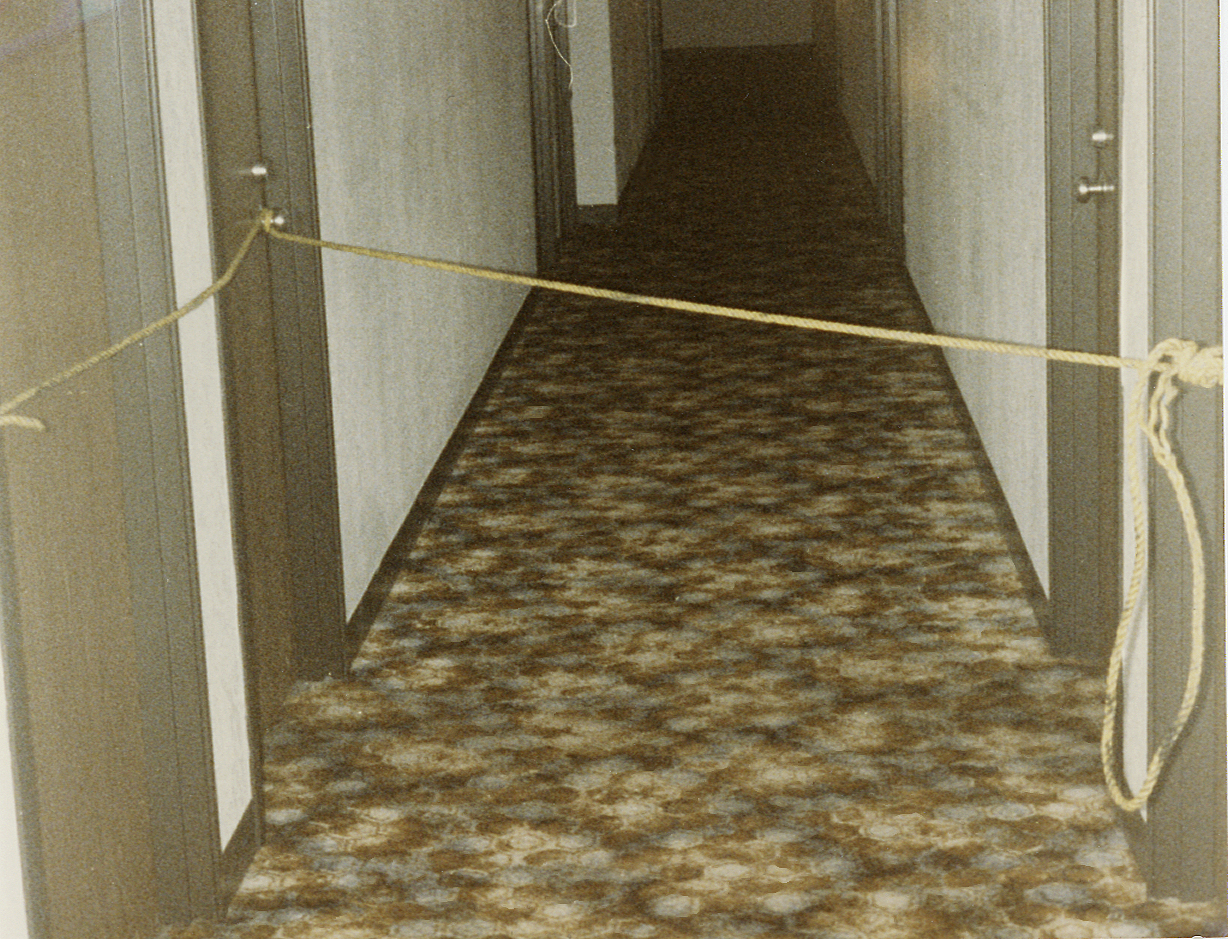 I remember waking up in the middle of the night and hearing somebody banging and yelling down the hall “Open the door!” but I fell back asleep. I have no idea how they got out, because when we left in the morning, the doors were still tied shut and I was still freaking out by all that had happened. Abracadabra, The Magician was nowhere to be found. A snowstorm moved in and the highway home was closed, so we had to spend two nights in St. Cloud. It was horrible, we were tired and ready to slit each other’s throats, but we survived and we had some pretty good stories to reminisce over during the long cold drive back home. 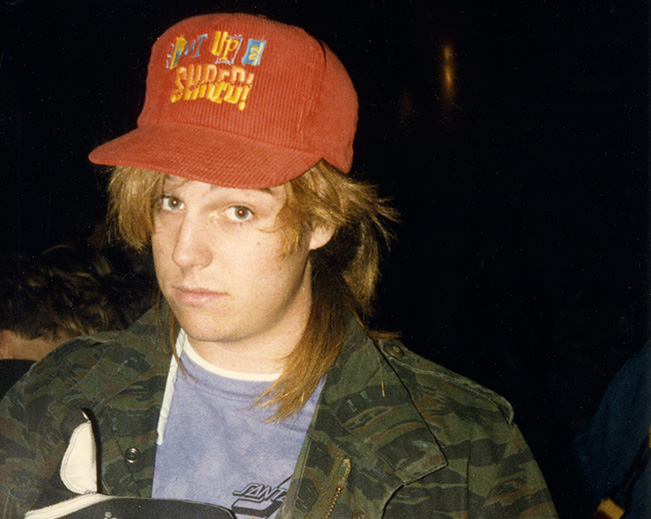 “Shut up & shred!” Lewman is ready for the contest to start rolling! Photo: Ken Paul 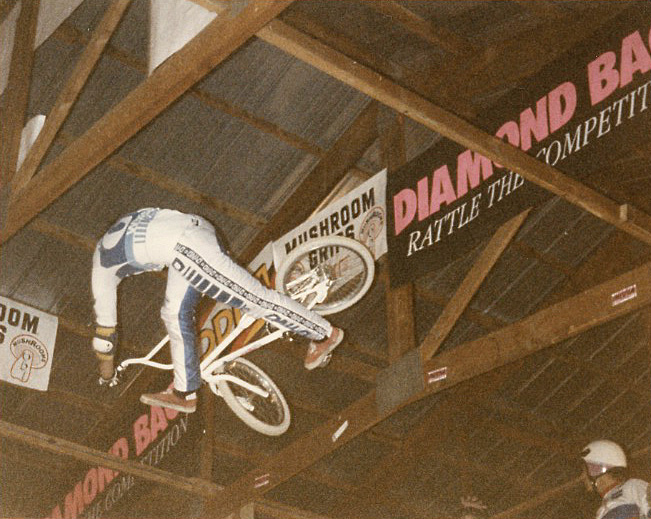 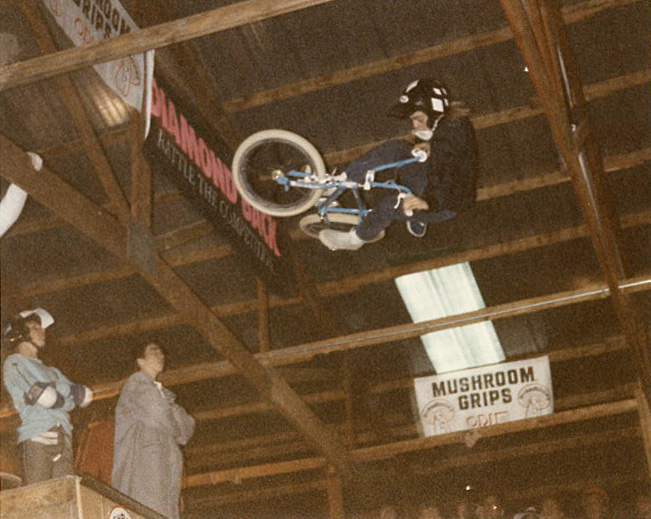 Dominguez boosting! No jersey and I’m sure no fucks given! Photo: Ken Paul 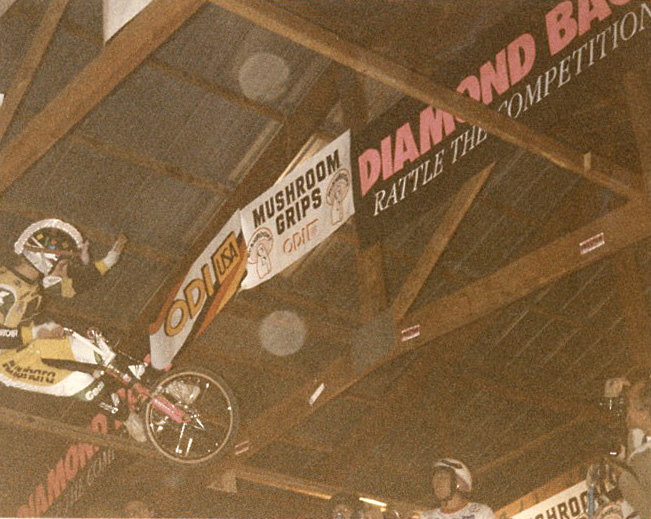 Randy with a one hander and all we wanted to see was a one foot table! Photo: Ken Paul 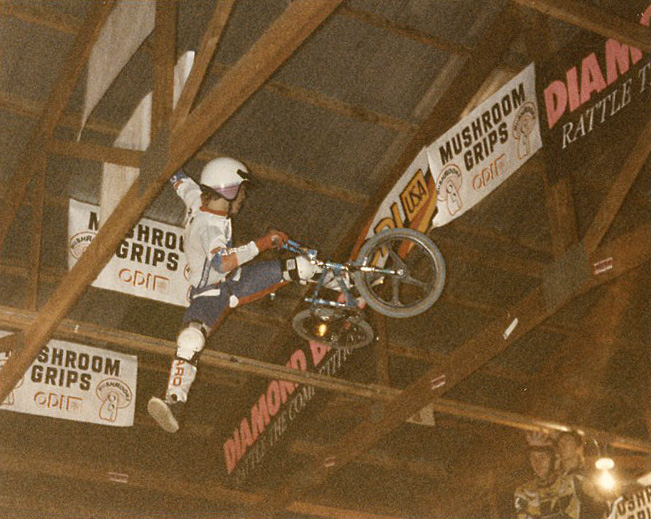 Classic Wilkerson all up in the rafters!!! Photo: Ken Paul

This entry was posted in Articles and tagged 2-HIP, Ken Paul, King of Vert, Randy Tischmann, The Magician. Bookmark the permalink.