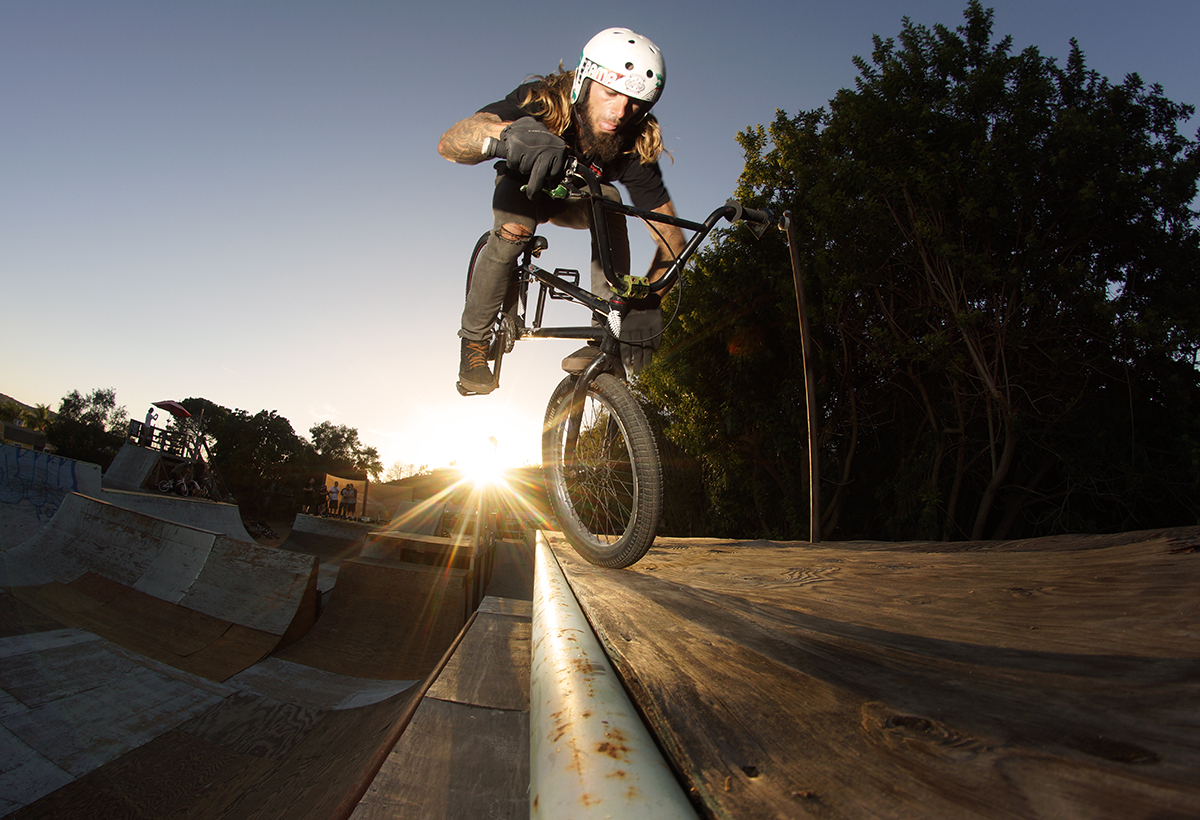 Last weekend, Dave White of AREA 43 infamy hosted a low-key going away BBQ for one of San Diego’s finest freestylers.  Slayer enthusiast Sean Yarroll is making the move to Spokane, WA, and we’re all gonna miss the big lug a ton.  Riders of all ages stopped by the Poway, California compound throughout the day to say their good-byes to Yarroll and take a few runs on White’s plywood playground.  Check out a few pics I snapped, and if you live in Spokane, get ready for Sean to shred your city’s face off! 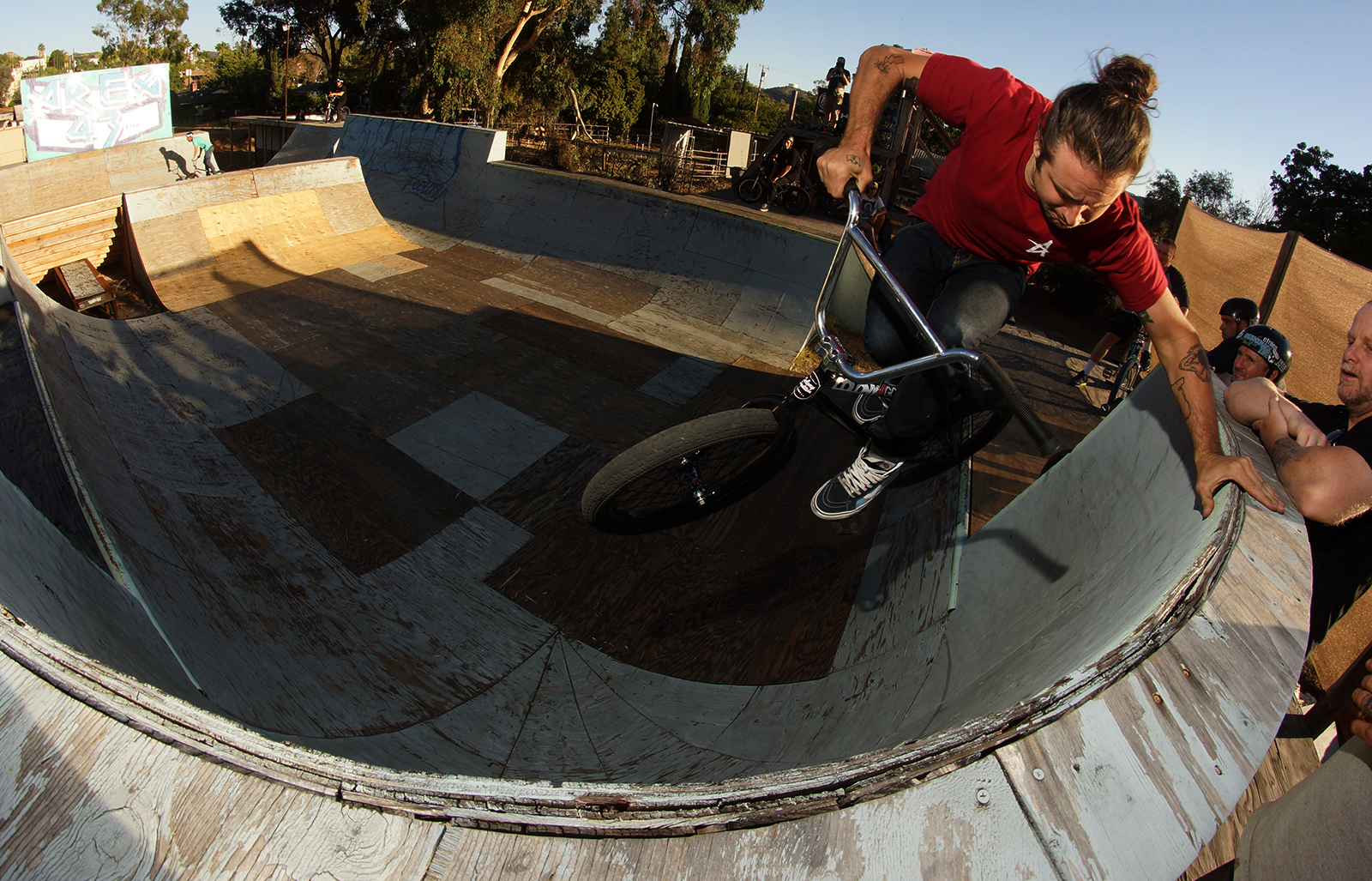 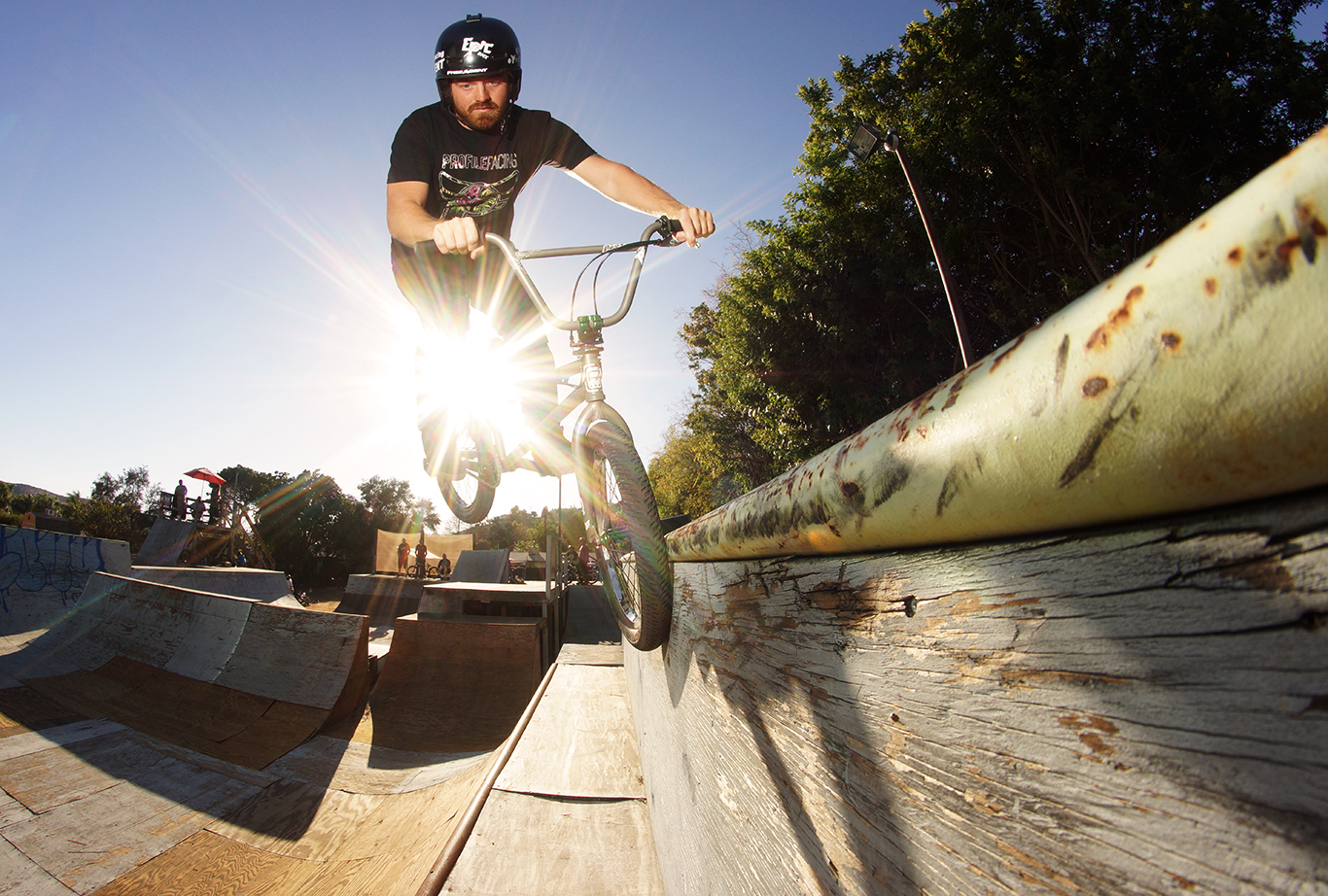 Ricky Moseley and I have done dozens of shows together over the past 6 years, and he is one of the most diversely talented people I know.  Be it ocean wave photography, complex mechanics, business acumen, global positioning, or casual toothpicks on a sub-box – Ricky knows what’s up. 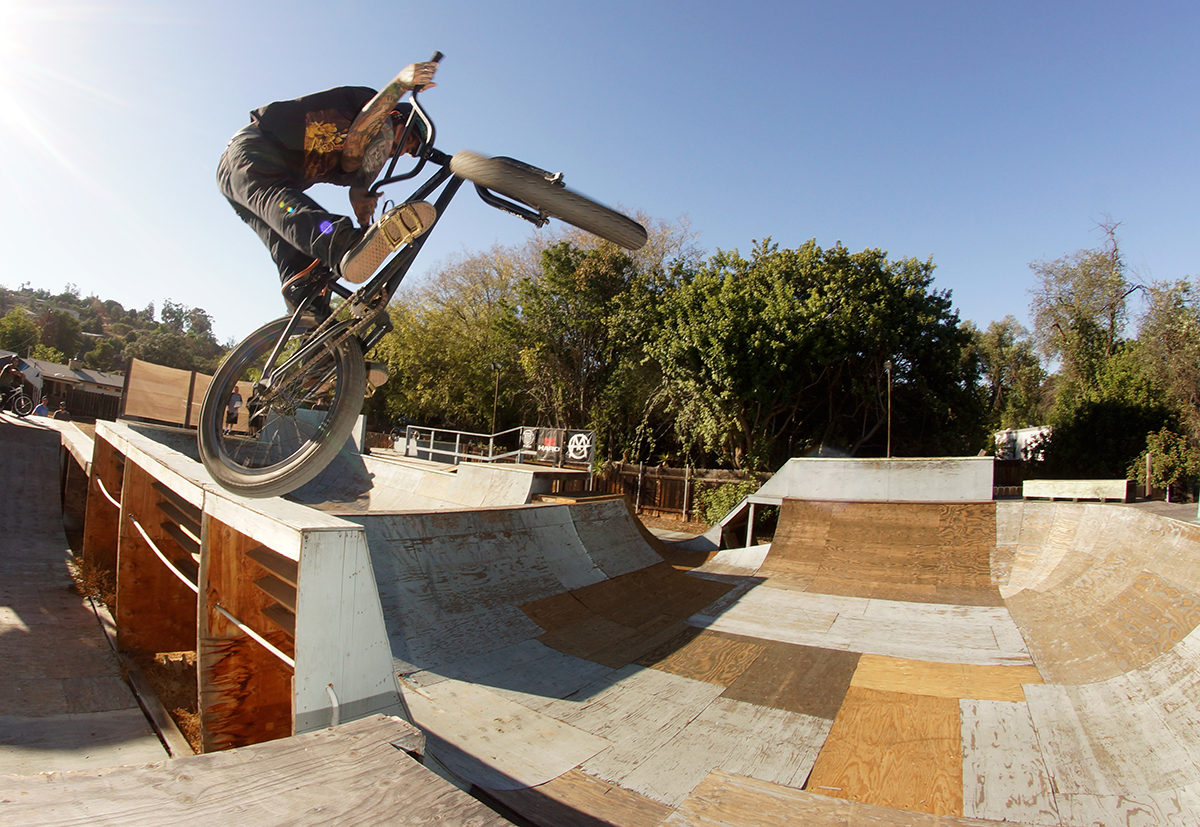 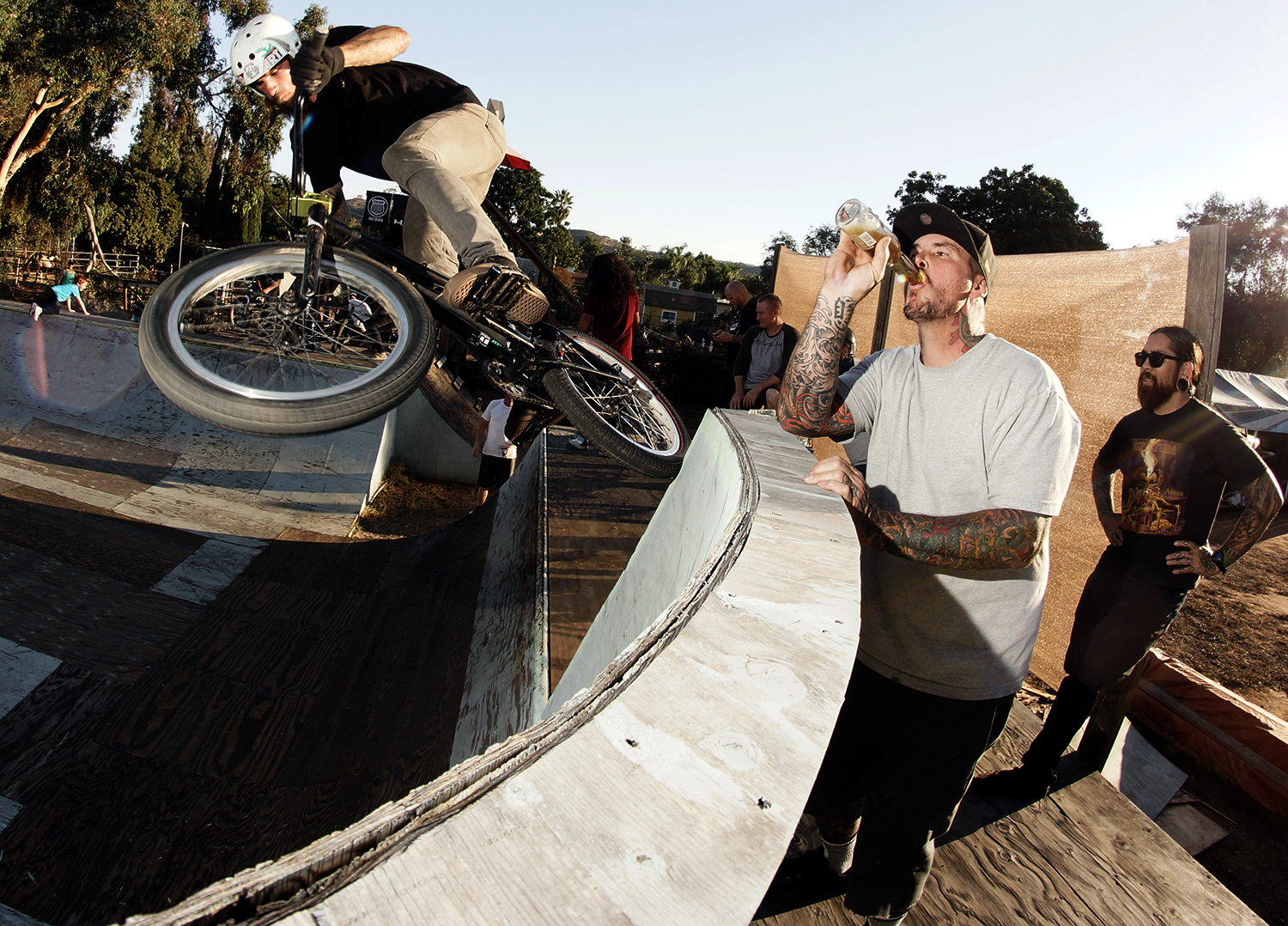 Mat Stockton kicks out a tail-tap on the bowl extension while Yarroll kicks back a drink, and Sam Townsley just kicks back. 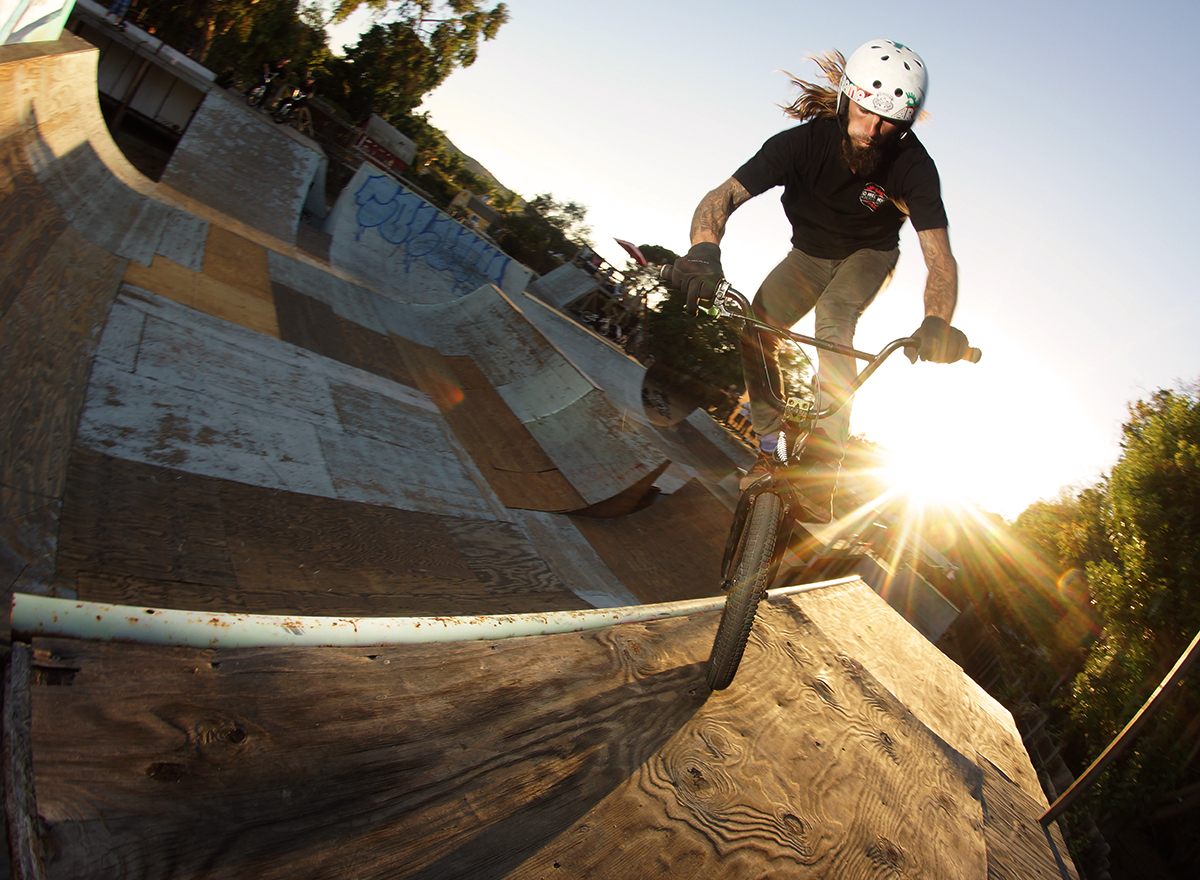 “Ratty” Maty Stockton went big on the hip and impressively nailed quick tricks into, and out of nosepicks and fufanus on the sub-box. 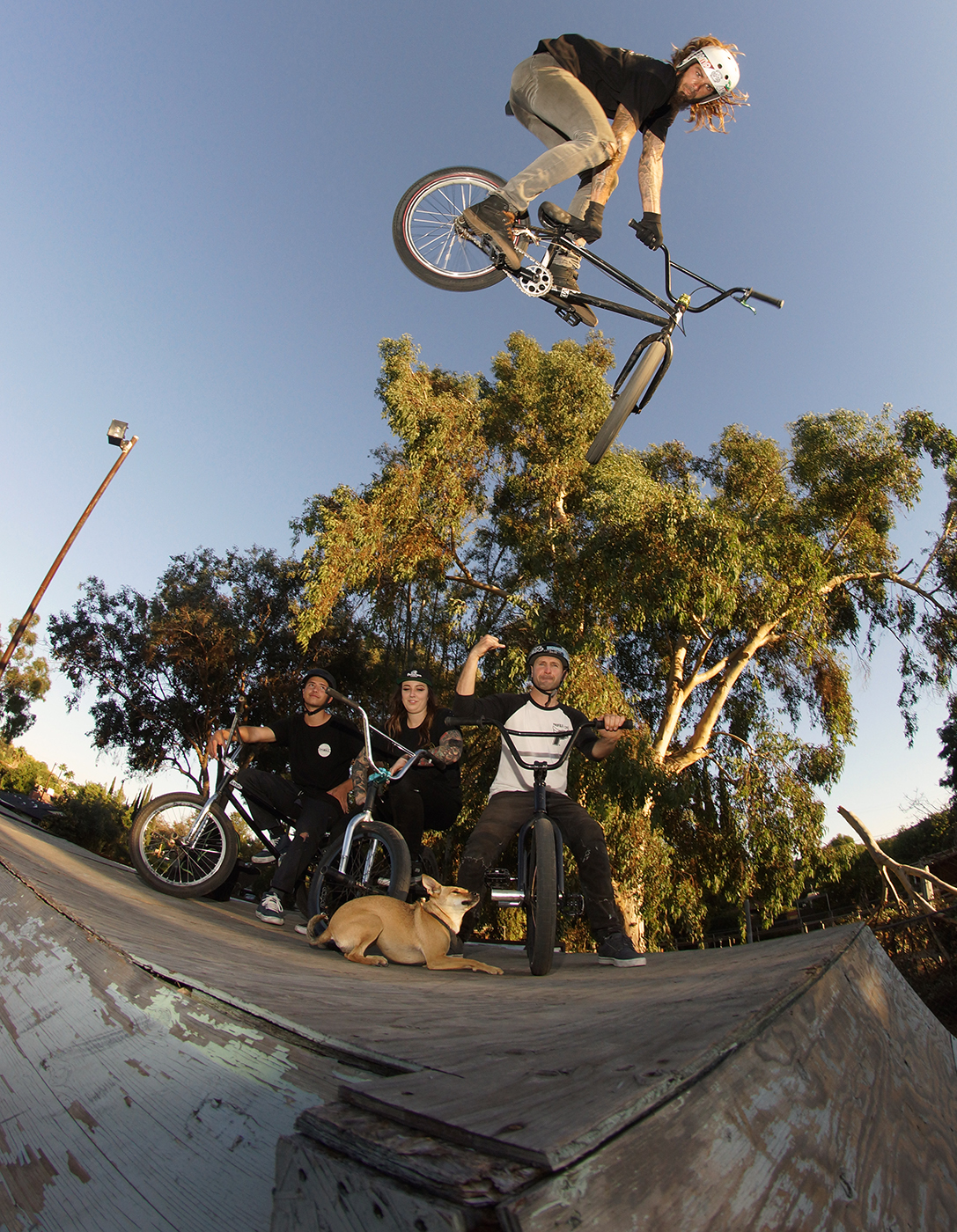 This photo of Maty Stockton’s 270 toboggan over the big hip contains a guy, a girl, a eucalyptus tree, a frightened canine, a Matt Coplon (hangin’ loose, no less), and just enough raditude.