The History Of Basic Bikes // Part 1 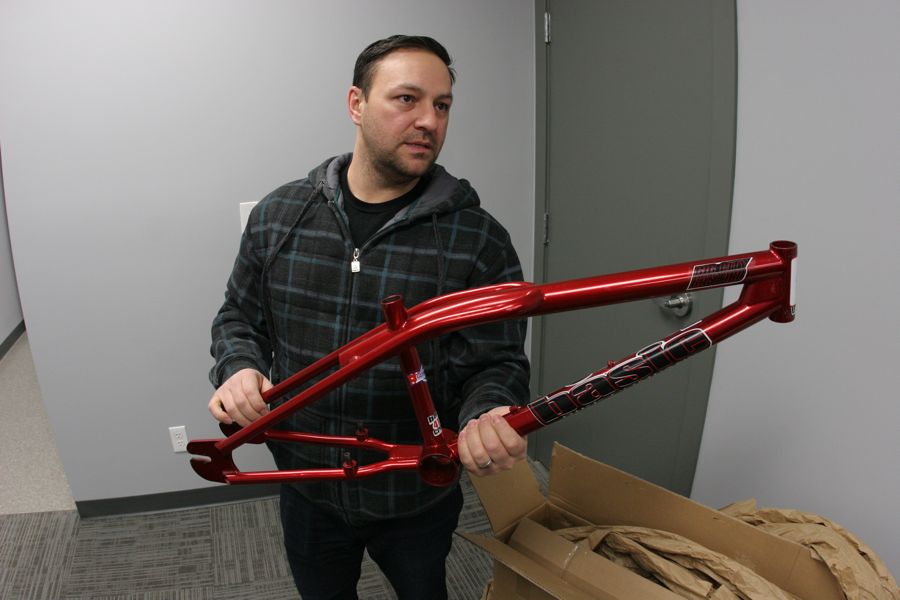 In the next few weeks we will be taking a closer look at Canada’s Basic Bikes. First things first is a walk thru of the frames they produced. Instead of just posting every frame that they made we touched on the changes to the frames thru the years. We will be posting a massive photo gallery and full length interview thru the next few weeks. If you have any stories or rode any of the parts we would love to hear from you in the comments thru this series. 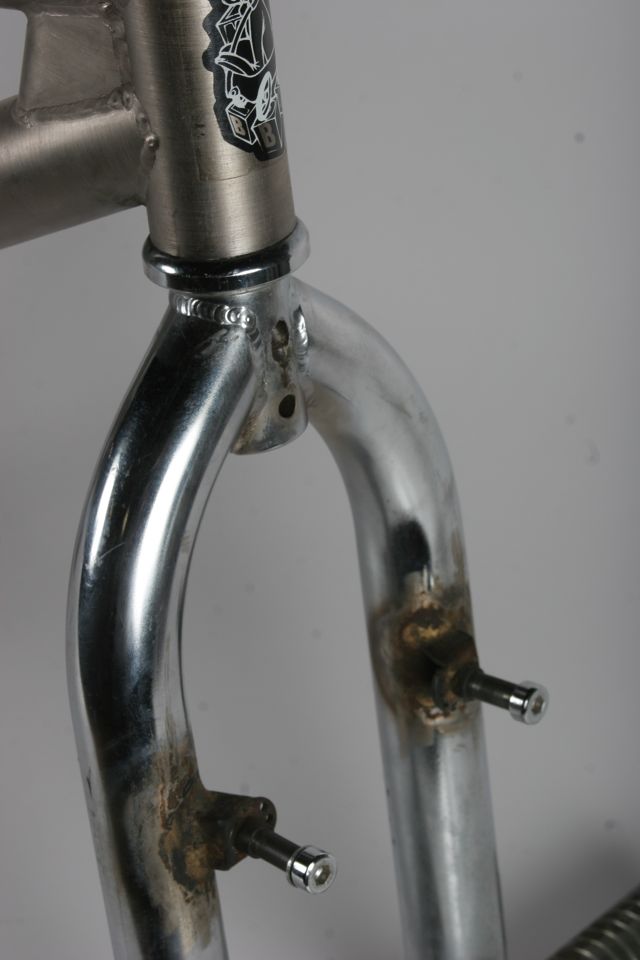 1990/91 // The Canadian Mod Front Brakes:
This idea actually predates Basic bikes. The Bike Doctor was a shop in Saskatoon that would charge the riders to weld on mounts so they could use Shimano cantilever brakes. Greg Axford came up with the idea to drill the hole in the fork sideways so that the cable could feed thru easier. The brakes worked the same way a pair of Bully Power forks would but a lot more effective. The introduction of the cantilever brake was a stepping stone between the Hutch roller cam brakes to the 990’s we use now on forks. 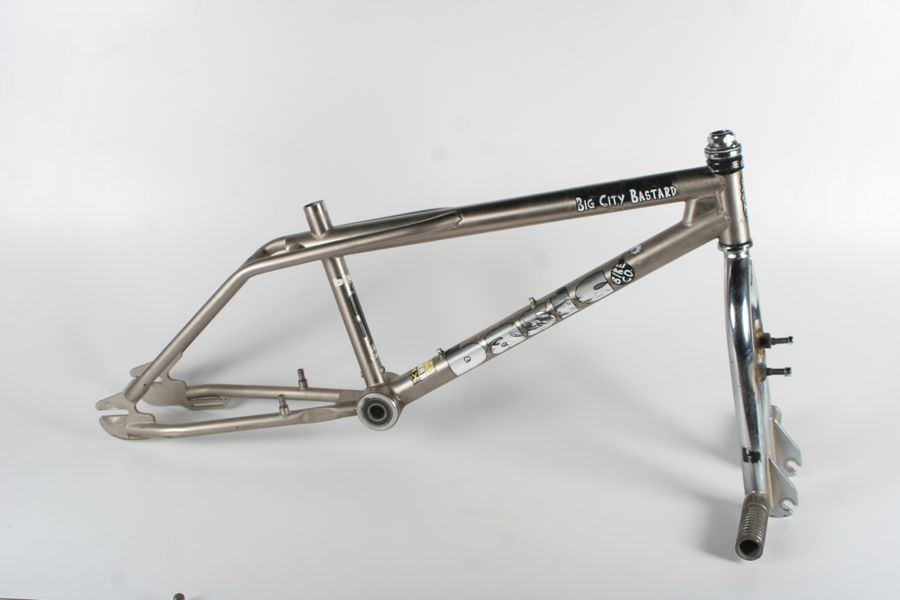 1993 // Basic Big City Bastard:
The first run of Basic’s were the Small Town Hicks & Big City Bastards. These were originally built for Standard by Gardner. I don’t know exactly why Standard didn’t except the frames. The two stories that seem the most prevalent are that Standard denied a batch of frames due to the fact that they were welded a little crooked and had some blemishes. Or that Standard didn’t have the money to pay for a batch of frames early on due to an addiction to Ford Mustangs. Either way a batch of frames, spare tubing and material ended up in the hands of Cecil Milligan and Darcy Saccucci. The first run of bikes was under 150 frames.

The names Big City Bastard & Small Town Hicks came from two Canadian’s: John Stewart who lived in Winnipeg and John Sutton who lived outside the city. They just ripped on each other all the time and thats how the names came about. 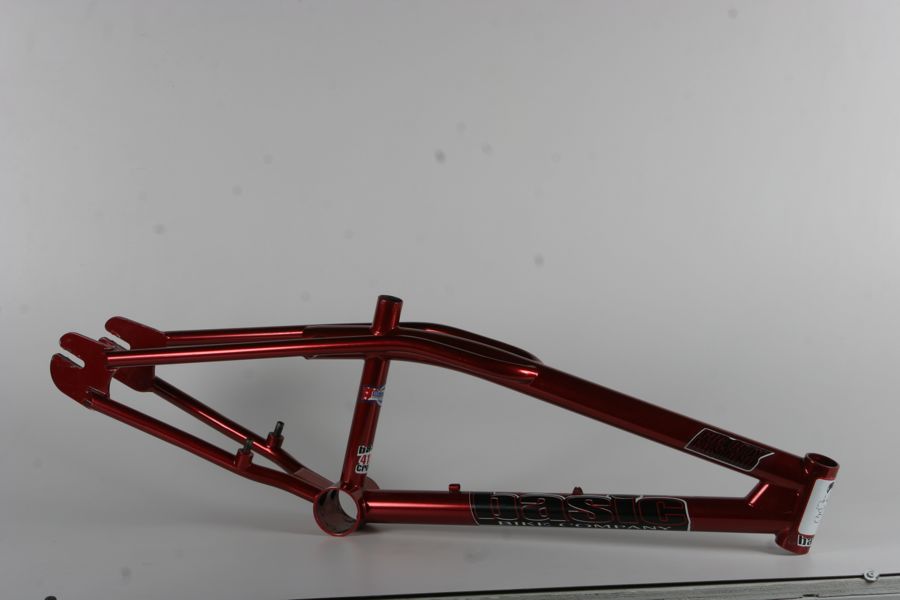 1995 // 2nd Gen Basic Big City Bastard:
The second generation Basics were the start of the bikes being made in Canada. They still were using some of the tubing from the Standards like the gussets, & other pieces they had laying around from the purchase from Gardner. The top tube on these were brand new and a big step to making the bikes look different than a Standard. After that the only real change on these was beefing up the brake mounts to keep up with the heavy braking that was needed at this time since mini ramp riding was so popular. 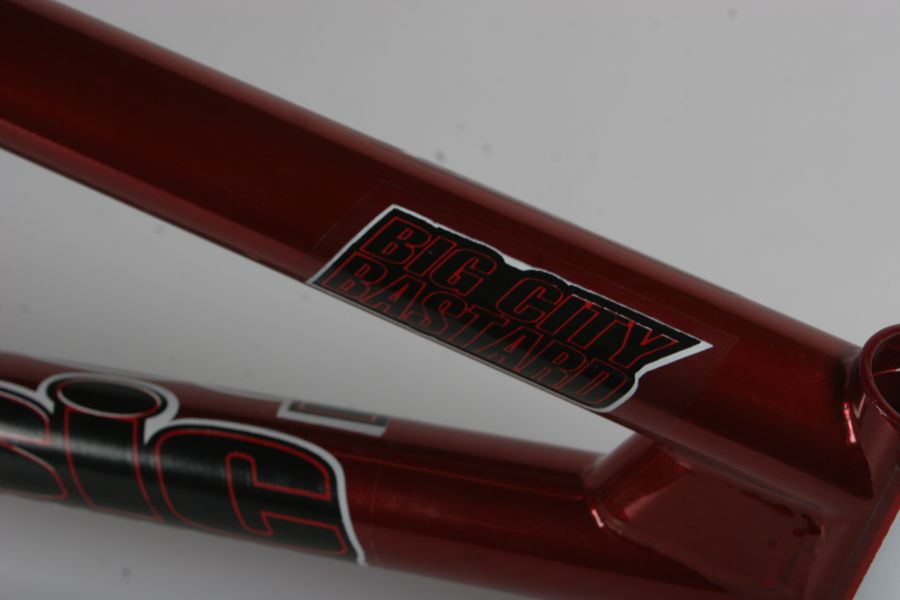 The original gussets from the early Standards purchased. 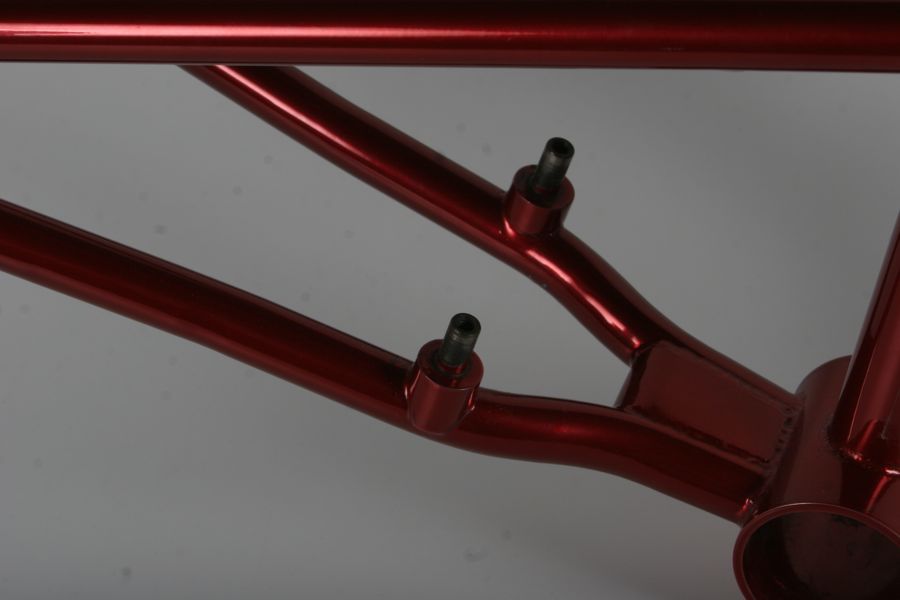 Oversized brake mounts to handle the heavy brake stress of the day. 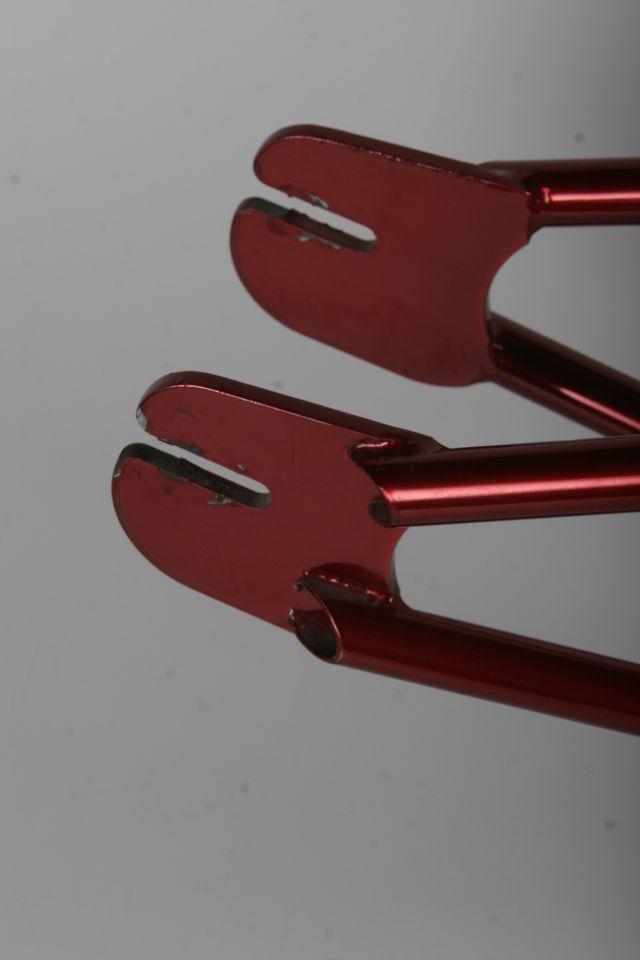 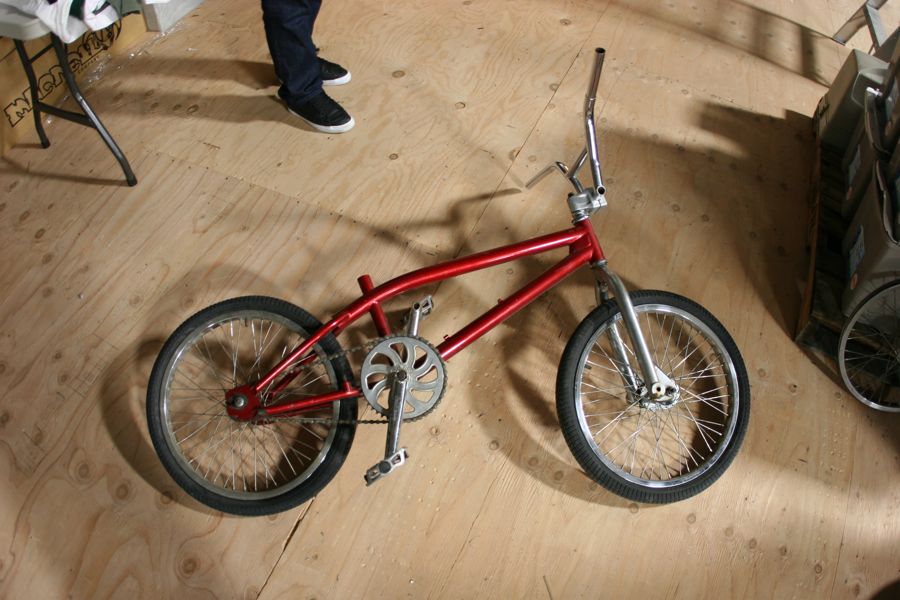 As the 90’s hit the half way point freestyle frames were starting to lose the traditional platform and started heading towards a sleeker look and longer frames. The Sluggo was Basic’s answer to the change. I was always convinced that this was supposed to be Dave Osato’s signature frame but Cecil corrected me on this. There were only 3 made this year and Osato was riding one of them at the OKC BS comp when he entered pro and preceded to win it all that day! 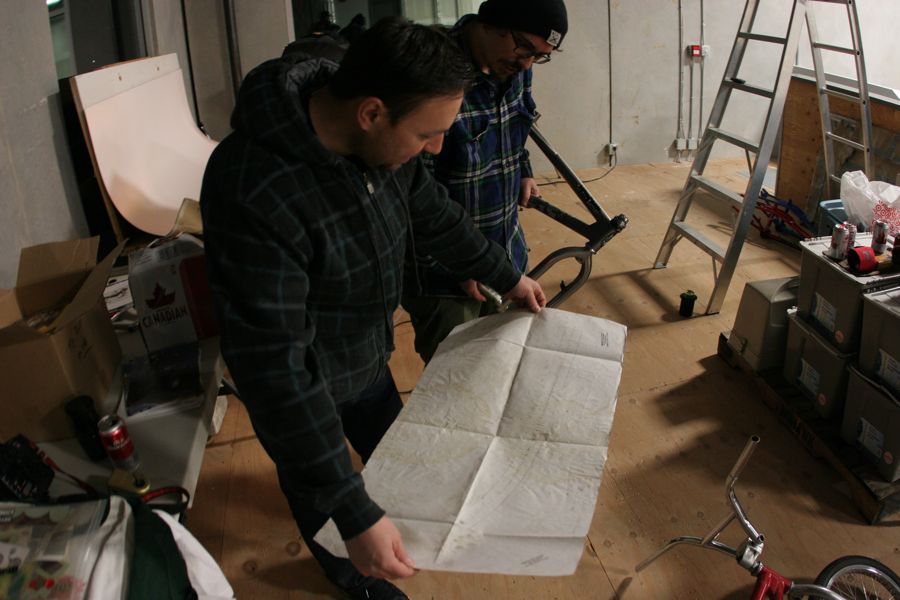 Cecil looking at the blueprints for the first Sluggo design. 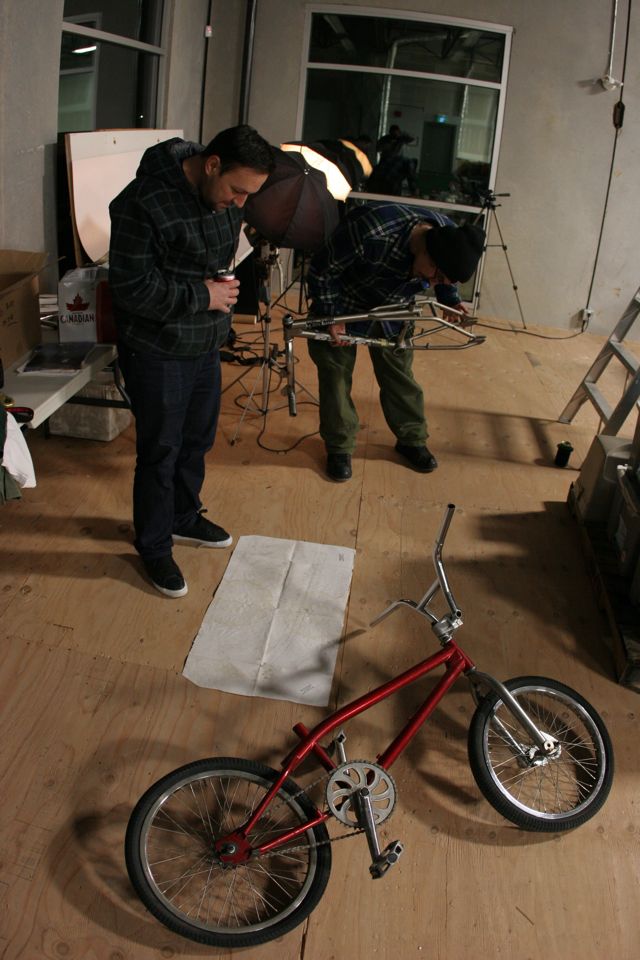 A closer look at the frame while talking about how the guys at Basic still kept their signature look on the frames while having to start phasing out the standing platforms. 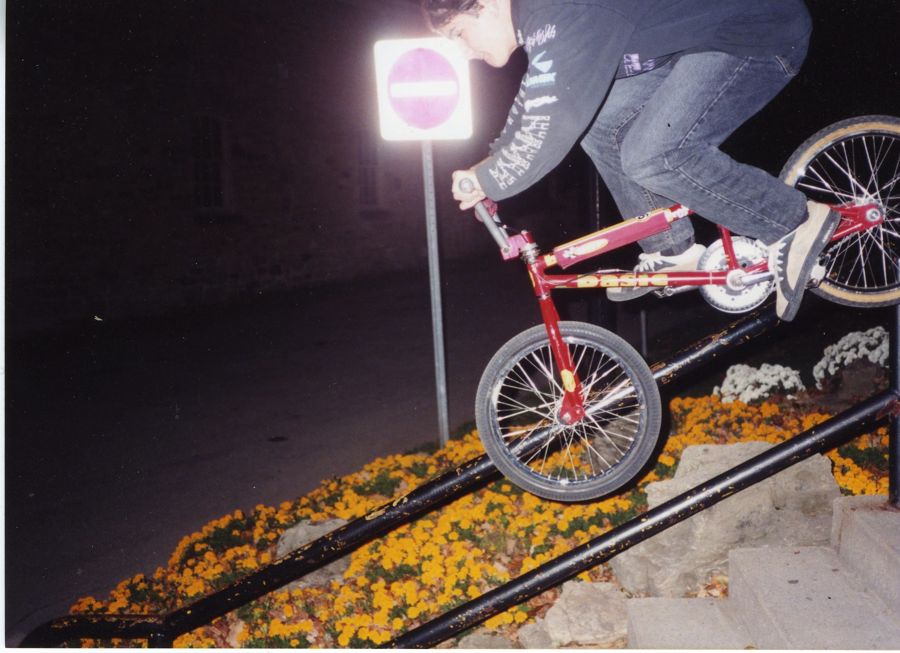 The Basic Streetfighter frames were actually made by Greg Allport under the name 18 Wheeler. He made about 20 of them and ended up selling 16 of them to Dom Mach who changed the name to Dark Cycles. Dom ended up only selling one of the bikes so Basic bought the rest and restickered them as the Streetfighter frame and let Dave Thom go to work on it. Rick Jasinski (Pictured above) was one of the only photos we could find of someone riding the frame. This might be one of rarest Basic’s to find. So hard in fact neither Cecil or Darcy have one. 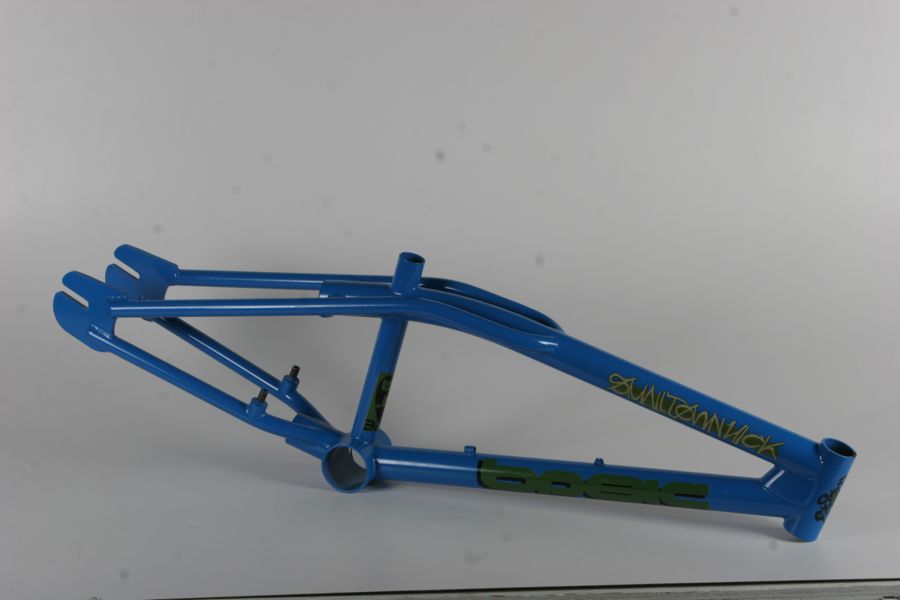 1997 // 3rd Gen Basic Small Town Hick:
By the time the 3rd generation frames started rolling out the guys at Basic had almost used up all the original tubing they had gotten from Gardner. The new frames now came with a wishbone and had moved on to closing the ends on their Chainstays. 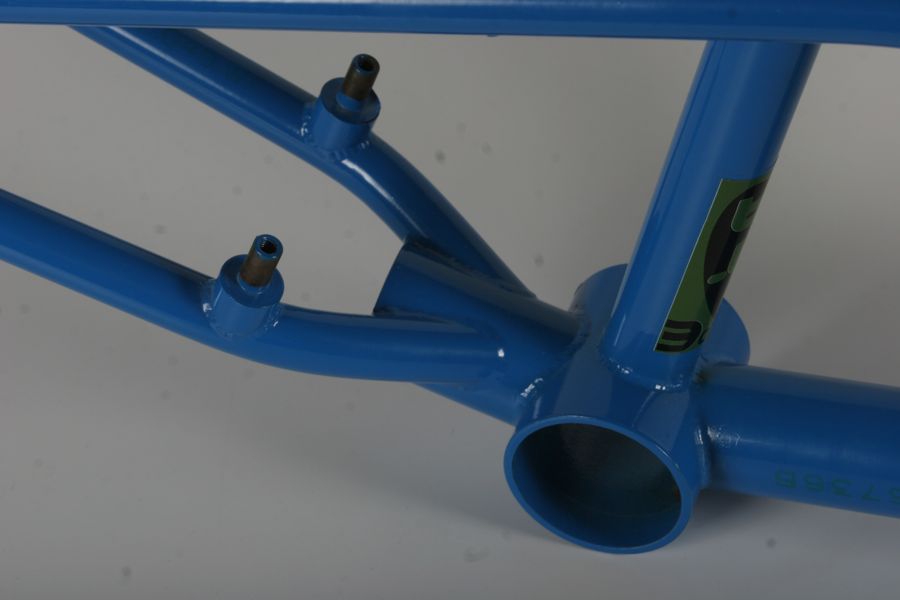 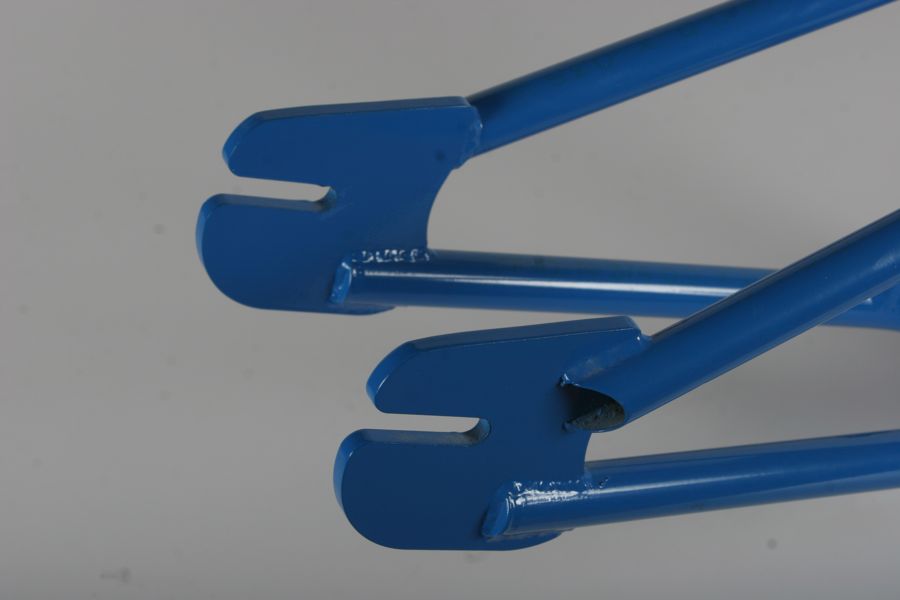 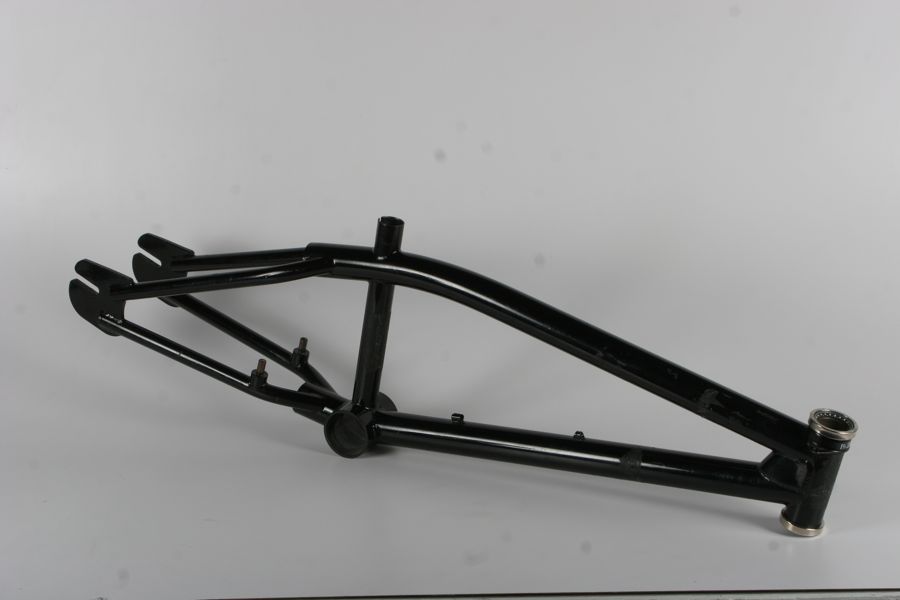 Not too many changes from the prototype Sluggo frame that had been floating around for a few years. 1 1/8″ headtube and closed seat and chainstays helped make this a popular bike around Canada and the Northwest part of the States. 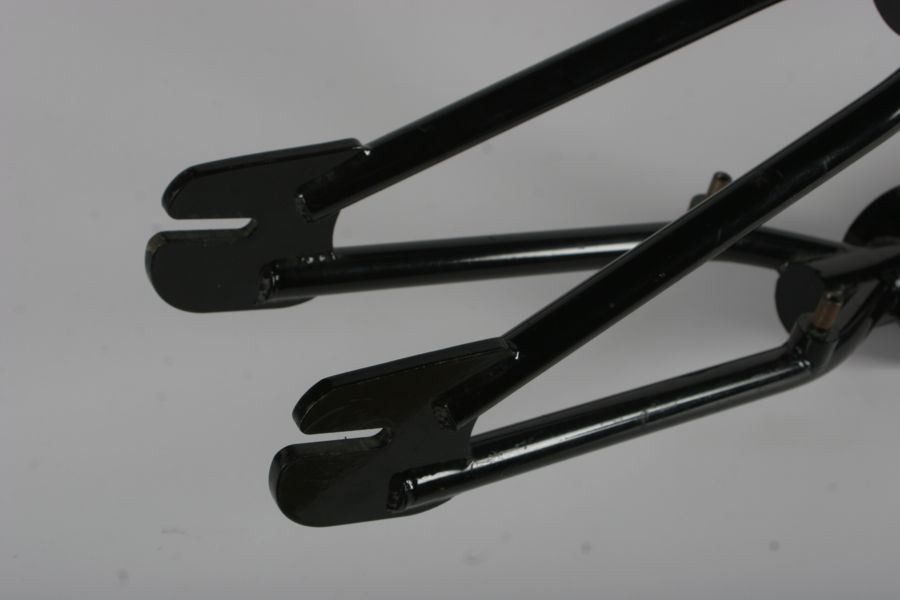 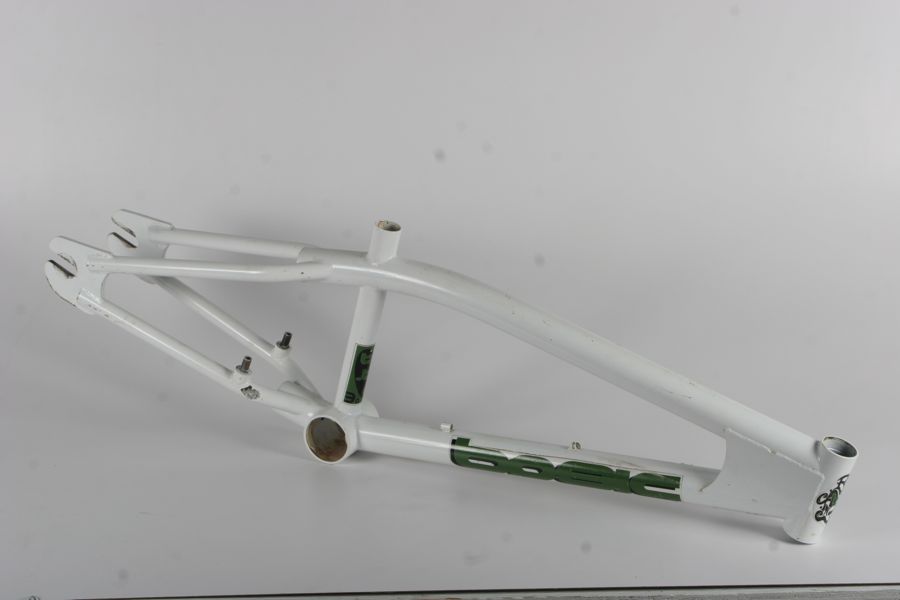 Basic decided to replace the Small Town Hick this year with the Aura. Andrew Faris had turned the flatland scene upside down and received the first signature frame thru Basic. 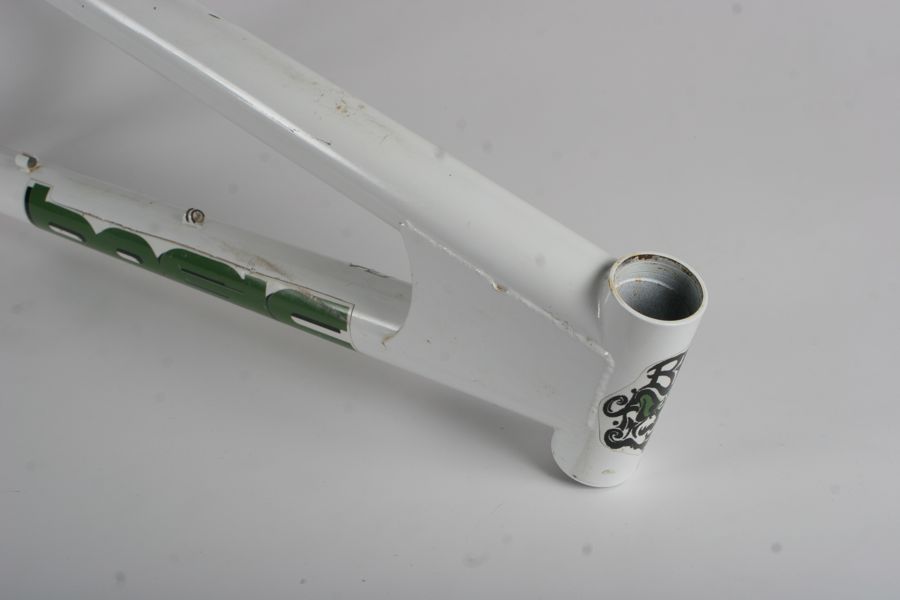 New plate gusset replacing the old Standard style gusset now became the signature look for Basic entering the end of the 90’s. I remember thinking the plate Gussets looked so good at the time. 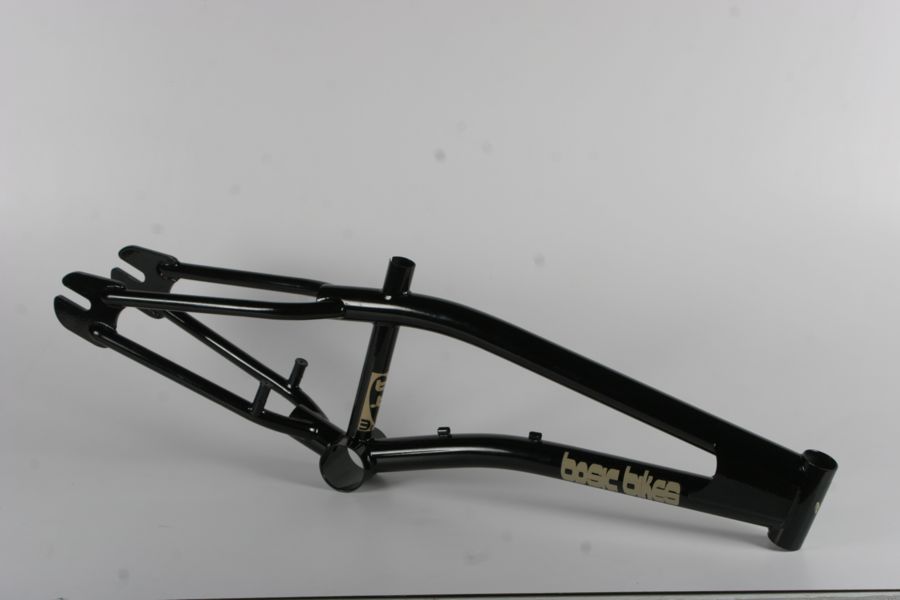 As orders came in for the newer updated version of the Aura, Basic took their production to Taiwan for samples of the new frame. The company was coming to a crossroad at the time and Cecil was hoping with this move they could keep up with all the demand for this frame especially in Japan. Unfortunately that didn’t happen as the company closed its doors shortly after receiving this prototype. 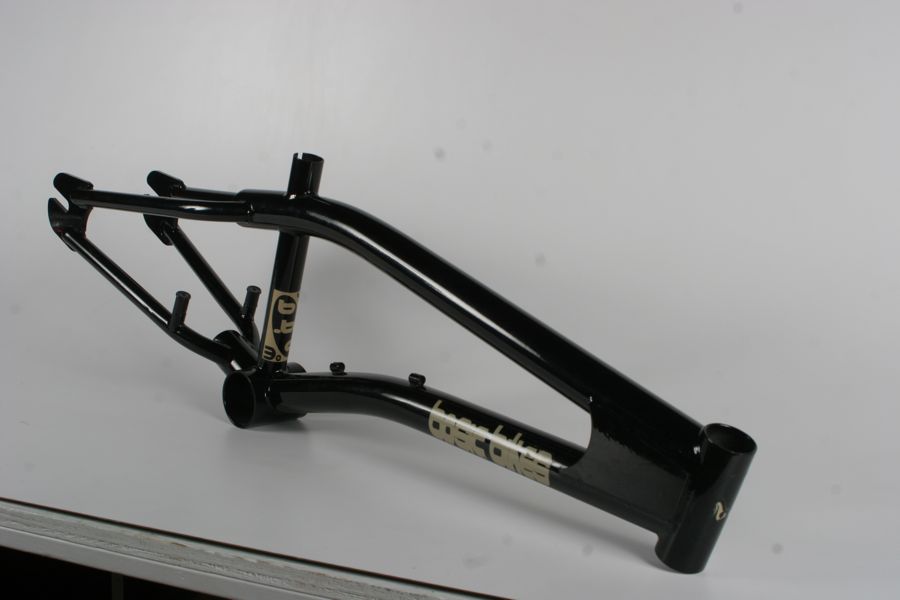 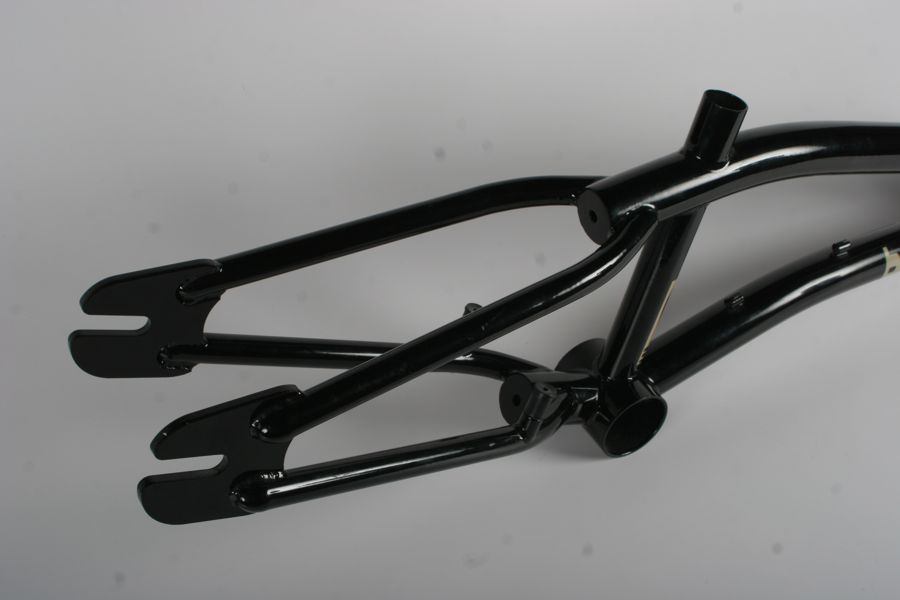 32 Responses to The History Of Basic Bikes // Part 1