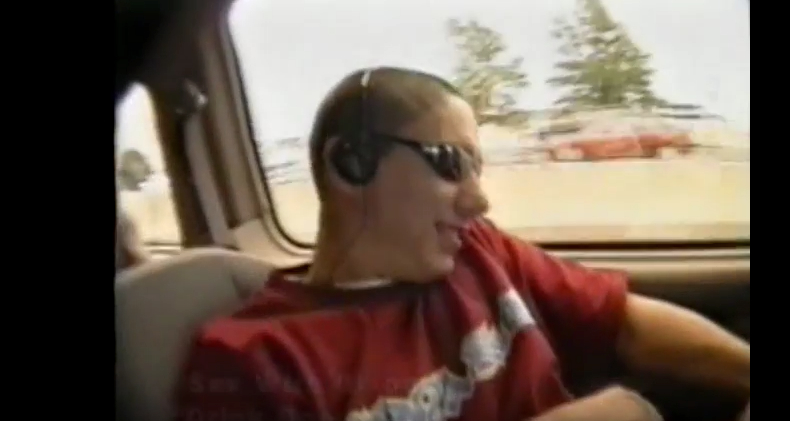 This is my attempt to process the loss of Dave Mirra mere hours after the reports of his death.

In the early 1990s, it felt like there were only about one hundred BMX Freestylers in North America, and the same folks would meet up several times per year at Hoffman’s BS contests. I would have initially met Dave then – likely at the first event in 1992 at Jeff Phillips’ Skatepark in Texas – and it would not have been a big deal or a rockstar thing, because no one seemed to care outside of the BMX world. Dave was simply one of the raddest of the BMX brotherhood– no more, no less.

The turning point in the BMX Freestyle culture could be seen as the inaugural Extreme Games in 1995 in Rhode Island. People may forget that the event that first year was nothing like it would become. Steve Buddendeck and Hal Brindley were running the show. The street course was off limits. Miron won Dirt. And I had driven down in a rental van from Montreal, Canada with the Basic Bikes guys – Cec Milligan, Dave Osato, Greg Axford, Jamie McIntosh, Yannick Dubois and maybe Rob Sigaty. When the whole, weird, event was over, future superstar Dave Mirra needed a ride to Woodward PA, and we agreed to take him. This was not a humbling experience for a person who should be able to afford other means of transportation. It was just our BMX brother Dave needing a lift. We had a week to kill until the Virginia BS contest, and were up for the adventure.

Another sign that Dave’s superstardom at the time wasn’t as big as it would become was that he couldn’t pull the strings with Gary Ream to get a vanload of Canadians into Woodward for a session. So, that first night, we stopped at the Superdome in Bethlehem, PA to crash on the floor. Here was the power of Dave Mirra at the time – couldn’t get the Basic Bikes team into Woodward, but negotiated us staying in the home populated by Standard Bykes riders. This was not insignificant, as there were tribal problems between the brands.

The next day, we all went to Shimerville Skatepark and sessioned. The best trick I’ve ever pulled on camera was pulled with Dave on the deck. In fact, and I do recommend a viewing, this session was captured in Yannick’s Highrollers Five: Beer, Sex and BMX. I also remember, and Dave may have left us by this time, Sandy Carson and LucE taking us to the Drexelbrook trails, and that none of us competitive ramp riders could do anything. This was at the very least facilitated by Dave.

I worked for Airwalk and GT for the next few summers doing on-site promotions and acting as substitute TM for Woody Itson a couple times at the Hoffman / ESPN B3 contests, and thus would have run into Dave every few months. The next time that I remember spending significant time with him was in 1998 in Portland.

I suppose that enough time has passed to tell this story. I was with Jay Miron and a handful of us were called into Dave’s hotel room. Only three years after not having enough pull to get the boys into Woodward for a session, Dave now had a scholarship at Woodward in his name. He had gotten one application from a young rider from the Vancouver area that felt that he was being overlooked by the cool kids, and wanted to share it with Jay. The part I remember was along the lines of “I have a dream – I dream that a rider could be judged on their abilities rather than….” It was a shot at a handful of the more connected / powerful riders in Vancouver, and we all had a chuckle (I suppose at the teenager’s expense, but it was not malicious – it felt more like a bunch of veteran BMXers bonding). The cool thing to see was the real respect that Dave and Jay had for each other as the best in the world.

I stopped regularly attending contests by 2000, as I had started my Ph.D. at McGill University. The subject of my 388-page dissertation was BMX media. I spent years tracking the magazine coverage of four riders during the years 1999 – 2003 (the publication run of Chase BMX Magazine). Two Canadians’ careers were tracked (Jason Enns and Dustin Guenther), one UK rider (Alistair Whitton), and of course Dave Mirra as the representative of the United States. As the biggest BMX star in the world at the time, Dave couldn’t be ignored.

In the mid 2000s, the Metro Jams were held in Toronto. One year, Dave Mirra showed up. It was odd, but cool. It occurred to me after the weekend that I hadn’t even made an attempt to say hi. I think that I had forgotten that we were acquainted. I felt both a bit bad about this and a bit stupid, so I tracked down his email through John Parker and sent him my regrets and regards. I also let him know that he was the subject of my research. His response:

“hey wade . it’s nice to hear from you. man, you should have come up and said what’s up at metro. anyway , thanks alot for the support and compliments . it sounds like you’ve got alot on your plate with school but that’s awesome you’re going all the way. whatever articles you have i would love to see them and if you need anything from me give me a shout. i got married in feb. and my wife lauren is due oct. what a year. thanks for the email . take care ,keep in touch, dave.

When my Ph.D. was done, I sent him an update. His response:

“Hey wade. Nice to hear from ya. Congrats on your success. That’s awesome.
Madison michael is great. She’s now 5 months and getting strong. Thanks for
the interest. Keep in touch. Be safe . Dm.”

So that was the Dave Mirra I knew. Best in the world for many years, and a good dude. R.I.P.

This entry was posted in Uncategorized. Bookmark the permalink.