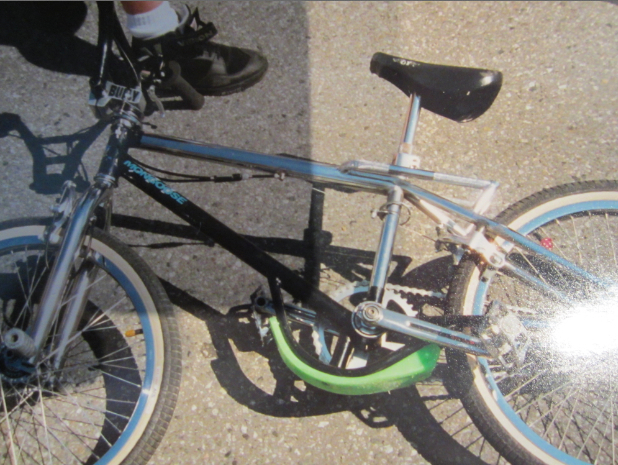 At the end of the 1980s, the BMX market had crashed, and was perhaps looking for the next gimmicky thing to sell more stuff. Suddenly it was of paramount importance that we have bashguards on our bikes. Street was the new thing, despite not actually being new, of course. And our giant sprockets – usually 44 teeth, although I was running 40t ones – needed protection.

At the time, riders might have seen it as evolution. These new frames and bolt-on components were being marketed as revolutionary, to be sure. I certainly bought into it. How hard? 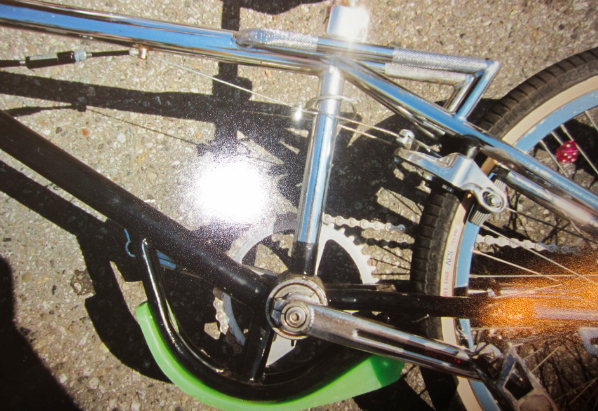 That is a 1988 Mongoose Decade Pro with a welded on undercarriage and plastic guard from a Bully Bashguard bike. (The u-brake mounts had to be moved to accommodate this.) Yup, in Vancouver, we were chopping up broken Bullys (these broke very easily) and were transforming our preferred frames into bashguard bikes. Nutty.

To be clear, I wasn’t the first to do this. In fact, I believe that Ron Mercer was the originator. And I know that I did it after Alan Brand had one welded to his white Hutch Trick Star (Shad has seen this one recently, I believe, at Ride On in Vancouver). Think of the added weight! And the potential weakening of the frame! And the awkward change of balance!

I don’t actually remember how mine rode. I know that I liked that frame a lot for flatland. Eventually, I hacksawed it off (along with the standing platform) and ran it as a double-diamond hard-tail flatland bike.

But it sure seemed important to have a bashguard at the time.

Postscript One: It occurs to me that we were also getting our dropouts replaced back then with 3/8” stainless steel plates…