Wall To Wall // The Birth of the Freestyle Movement

We are really excited for The Birth of Movement book launching this weekend following the Vans US Open,

Read the press release below, Check out our podcast with Dom Phipps here and order a copy of the book here. This book is going to be rad. 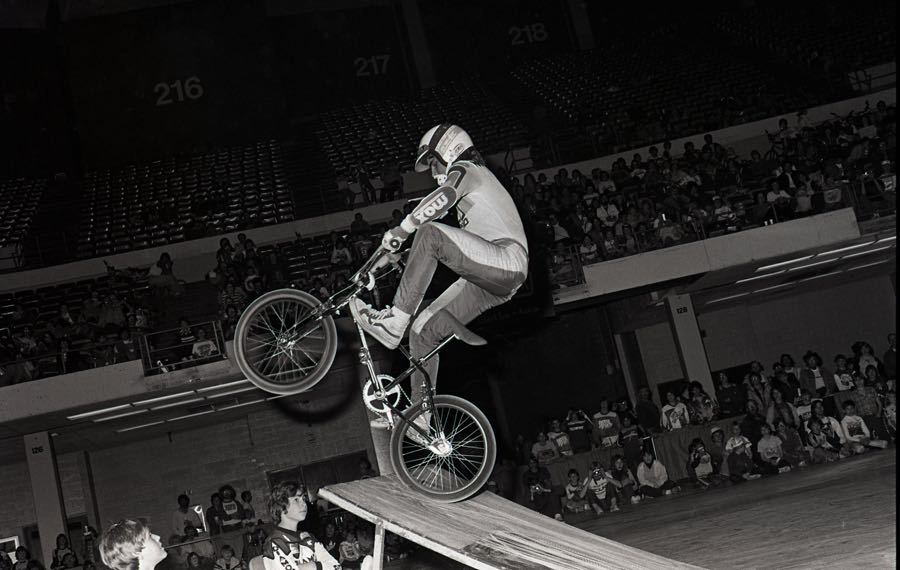 In the early summer of 2016, Dominic Phipps and Xavier Mendez launched their “Wall to Wall” BMX Freestyle history project. Those following the W2W social media pages will already know that the centerpiece of the effort is a 240-page, hardcover history-book, titled, “The Birth of the Freestyle Movement.”

The project explores the origins and iconic early culture of the developing freestyle scene through the late 1970s and 80s. Dom and Xavier have been sharing regular updates and plenty of previously unseen imagery on their social media pages and the project quickly found a committed audience of fans, riders, and industry folks from all around the globe. Presented in the style of an oral history, the book revolves around several chapters dedicated to the milestones of the era. Phipps engaged and interviewed an impressive group of ex pro-riders, journalists, industry pioneers, photographers, contest promoters, and start-up entrepreneurs, to gather the content. The result is a philosophical and often intimate account of an era that saw BMX Freestyle become a global youth phenomenon.

Dom Phipps; I think at the last count there are 63 people on the ‘Thanks page”, and we were fortunate to have contributions from everybody that we ultimately wanted to hear from. The goal of the project was to create a book that communicates the unique culture that developed in that first decade while celebrating the core community that engendered it. At this point in time, nobody has really peeked behind the curtain of the human story, and I think readers of the book will be surprised at how sophisticated, talented, and driven this young community was. Freestyle constantly evolved in the 1980s. As a kid that was caught up in it in my little corner of the world, I can remember the intensity and power of the movement. Xavier was part of the early pool-riding scene that developed at The Pipeline skate park in Upland, California, so he has a unique connection to the story too.

What was referred to as trick-riding in the late 1970s rose out of the prolific BMX Racing scene. Small communities of racers – kids who were ultimately uninspired by the competitive demands of the sport – broke away and forged a new direction for BMX. By 1980, an experimental pool-riding scene had developed. At first, the bike riders jumped the fences and carved around the cement pools at night when the skate parks were closed. But as the vertical skate scene fell into a sharp decline, the bikers began to negotiate access to some of the parks to the south of LA, in Riverside, San Diego, and Orange County. A steep curve of progression commenced and saw this growing group develop their dirt-jumping and bike-handling skills into what we commonly refer to as vert-riding. Others took it even further. In the late 70s, Bob Haro and his sister’s boyfriend, John Swanguen, became obsessed with balance tricks and rolling combinations, casting long shadows in the parking lot of their local mall in Spring Valley, San Diego, late into the evening. Then in 1980, Haro went on to form the BMX Action Trick Team with RL Osborn. The two young riders went on to make history, staging the first organized freestyle show of its kind at an ABA BMX race in Chandler, Arizona, in February of 1981. 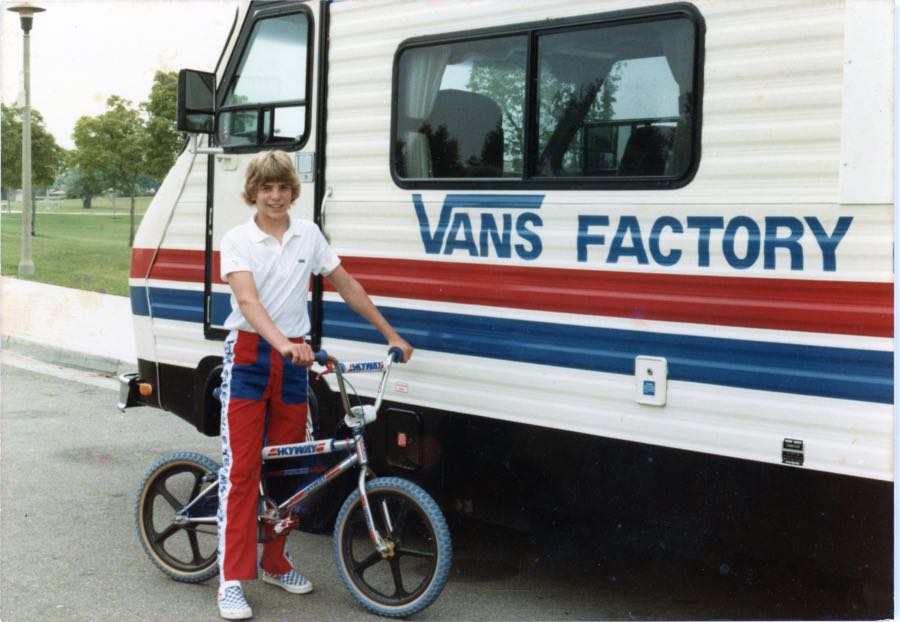 Dom Phipps; There was a sense of ambition and pride in the early scene. Readers of this book will be reminded that Mike Dominguez was airing 8 – 10 feet out of a twelve-foot-deep concrete bowl in 1984, but they will also read about a community of riders, photographers, journalists, designers, promoters, and entrepreneurs, that constantly moved the needle of evolution. They gave us a gift, and they deserve to be collectively recognized for it.

The eight individual history chapters (preceded by a foreword, written by BMX Action Magazine founder; Bob Osborn) are illustrated with hundreds of previously unpublished, professionally shot images. This collection of rare visual assets was sourced from the archives of a group of celebrated BMX photographers. James Cassimus, Bob Osborn, Dean Bradley, Steve Giberson, Brad McDonald, and Hollywood Movie Director, Spike Jonze, all dug deep and supplied raw footage to the project. With chapters dedicated to the American Freestyle Association and 2hip Promotions, fans will read narrative from the pioneers of the competitive sport. A chapter dedicated to Wizard Publications celebrates the story of an amateur photographer, single parent, and fireman; Bob Osborn, as he visualized and created the iconic and highly influential BMX Action Magazine. The chapter also explores the creative journey of Andy Jenkins, Mark Lewman, and Spike Jonze, as they orchestrated a cultural epicenter for the sport in the late 1980s through the pages of FREESTYLIN’ Magazine and later, Homeboy.

Dom Phipps: To a large degree, its a story of young people finding their own creative path while indulging this exciting new idea. There were very few distractions for these BMX kids – no cell phones or ipads – just a youthful passion for something that collectively bound them together. They lived on their bikes, and they were, in a lot of cases, a bunch of misfits – the kids that loathed team sports, but embraced the comradery and community that they found at the skate park, or at a contest. Perhaps the story can inspire something in modern BMX. The seeds of this story were planted by young riders. In my opinion, there is nothing wrong with ambition and growth and encouraging more kids to ride bikes. 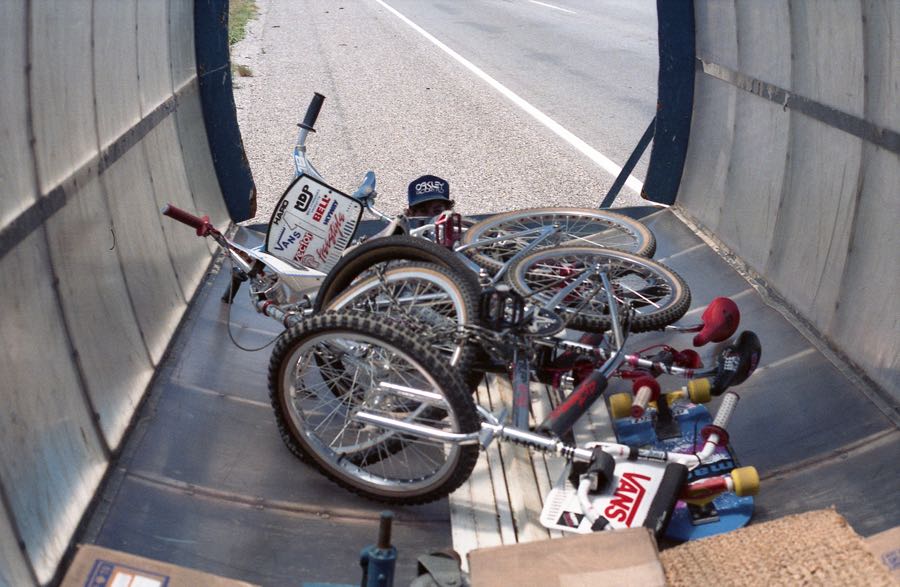 Support for the project comes from a small group of brands that were founded, or were highly active within the era, including Vans, Oakley, Haro Designs, GT Bikes, SE Bikes, and Skyway Recreation. A year of research and activity concludes with the official launches of the book in August 2017. The first launch takes place over the weekend of the Vans US Open of Surf, in Huntington Beach, California, while the Official European Launch will be held at the House of Vans venue, in Lambeth, South London, on August 18th. Those who attend can expect a celebration of Freestyle history with plenty of project contributors and fans in attendance. 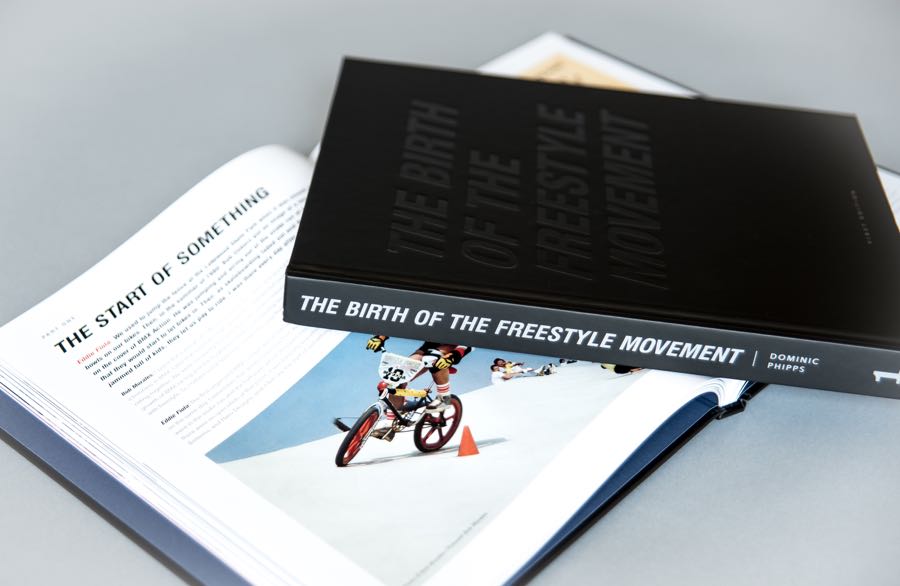