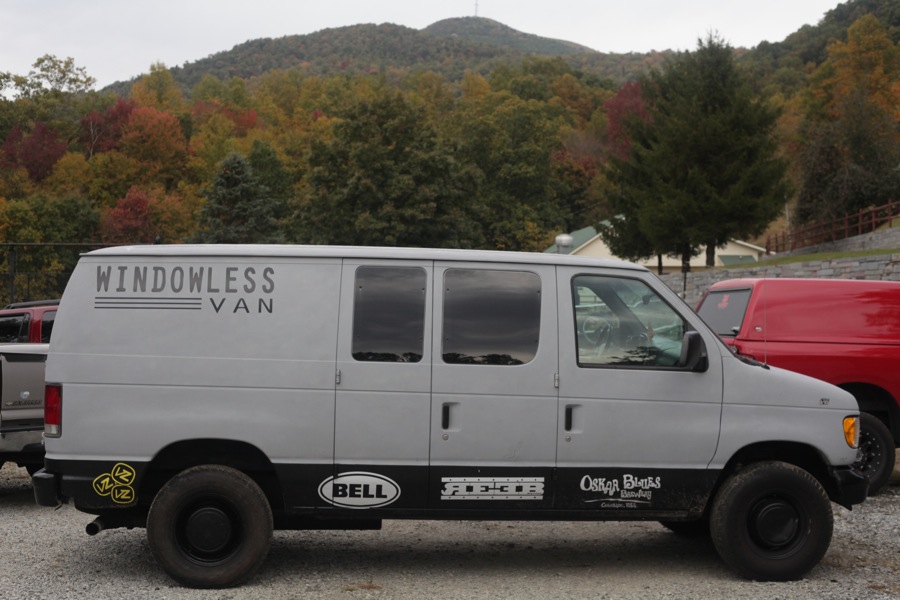 This year at Dreamline I noticed Zak’s van was looking completely packed on the inside and looking pretty rugged on the outside. Realizing that he has been just smashing around the country looking for a good session on the BMX, motorcycle, or some good waves. Go take a peak inside what it takes to live this endless session! 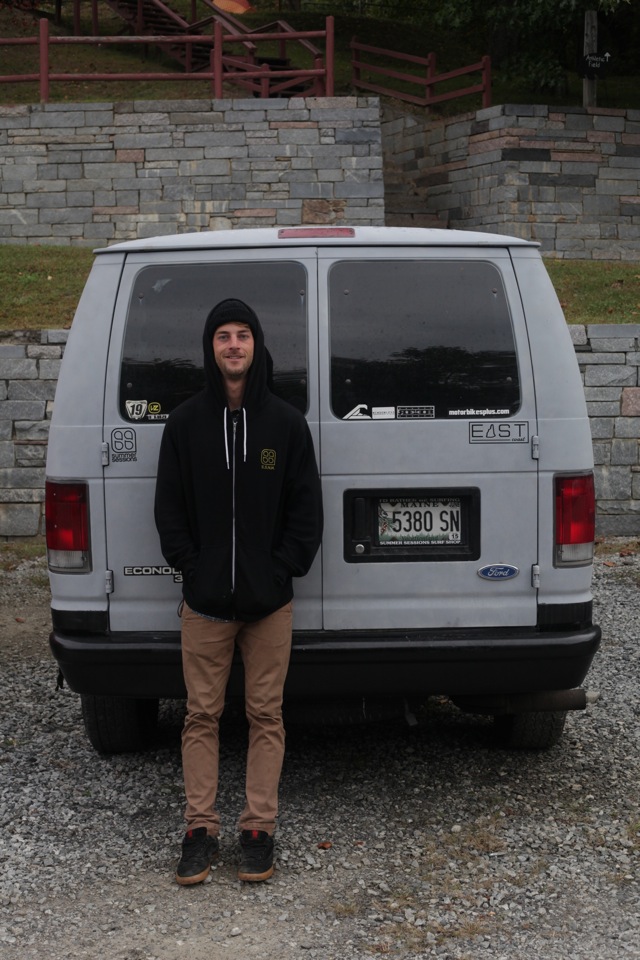 So what made you want to pack your whole life in this van?

Well I guess you could say the whole concept started way back in a day when I was super young and idolizing all motorcross and all the coolest privateers and rad dudes drove around the country in box vans and I just thought that was the raddest thing in the world. And then as I grew older I got into surfing as well and those dudes are doing the same thing just with a little more art involved in the vans instead of you know work with toolboxes they were adding couch cushions and Painting on the walls. I don’t really know what it was but there’s just something about it, I always romanticized the concept and one day it finally just became time to do it. I was riding my BMX all day every day so It was always in the car and Id been surfing a ton and Id just bought a dirtbike so I really needed something to hold everything that I owned and a van was a perfect solution. 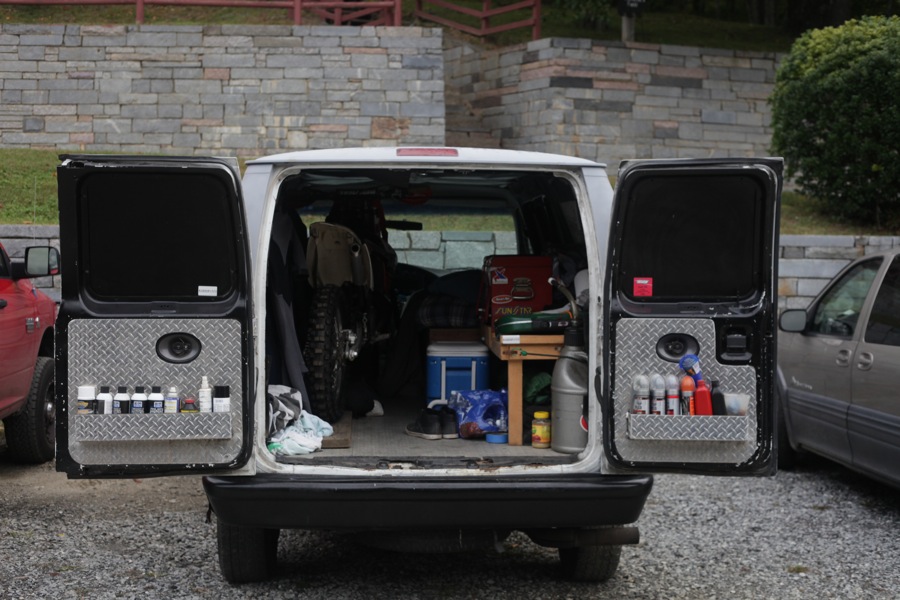 What states have you and the van traveled to?

The van has seen a good part of the continental US. Randomly enough it hasn’t seen Florida. Or the Dakota’s, but I’m also still not convinced that the Dakota’s are even real. It’s been across the country and back. Up and down the east coast numerous times. It’s driven the tail of the dragon in North Carolina and fought against the heavy cross winds on the plains in Iowa. She’s seen some sites. 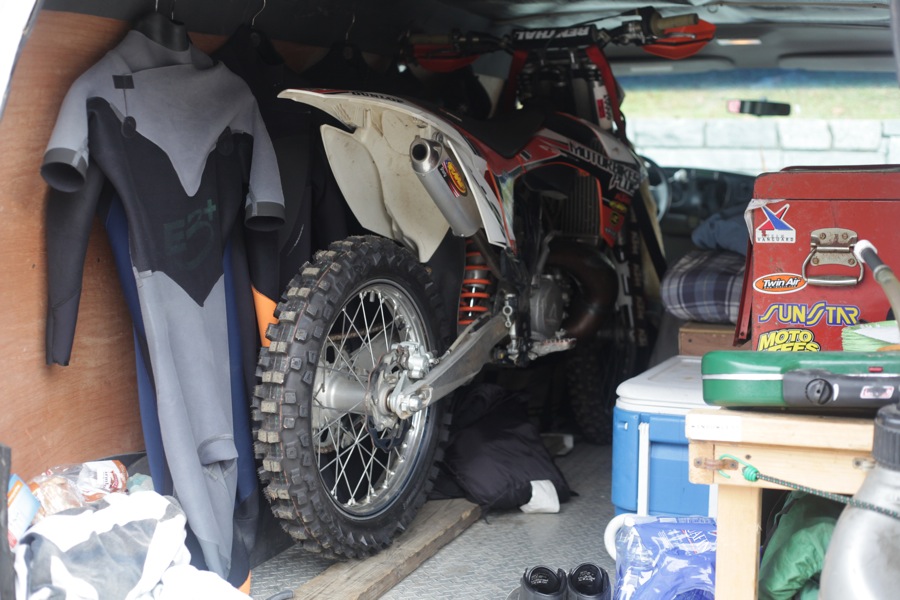 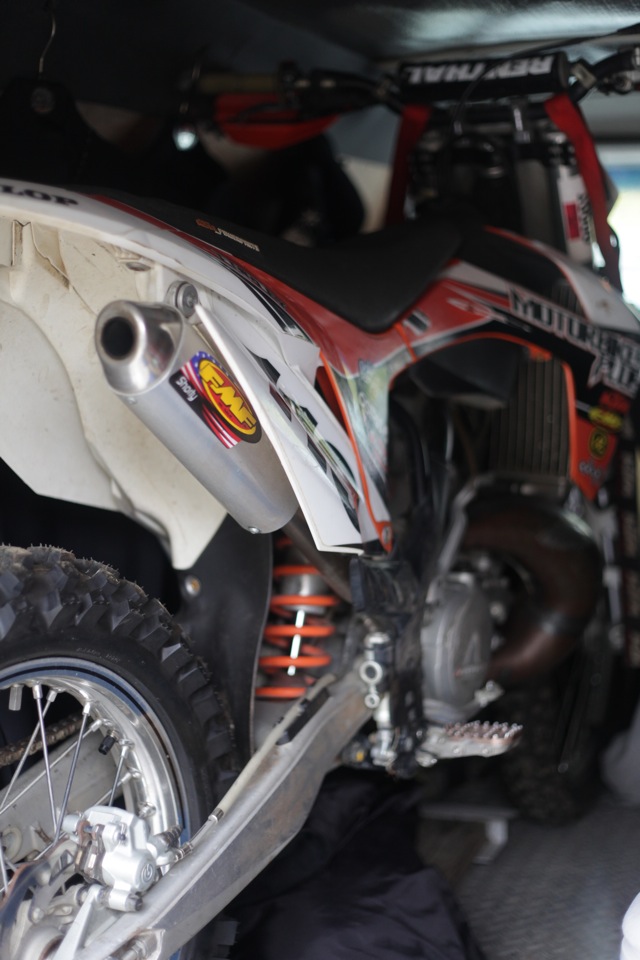 What are the special mods that you have made to the van to make it work?

The most important mods I’ve made were all about creating comfort for long stays in he van. And for creating the most efficient storage. So the bed was critical. But the bed also is where all the surf boards store. Just underneath it. Installing hooks for the dirtbike to lock into was really critical too. And insulating the walls, floor and ceiling. That controls the temperature and buffers the noise from outside immensely. The other mods have just been for fun like painting it and adding door panels for dirtbike oils and stuff like that. 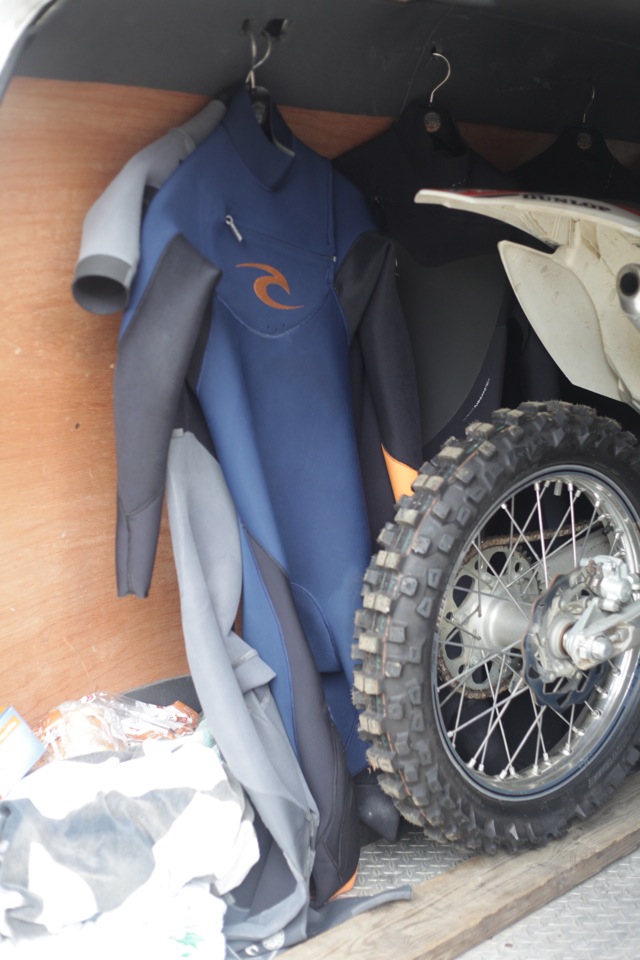 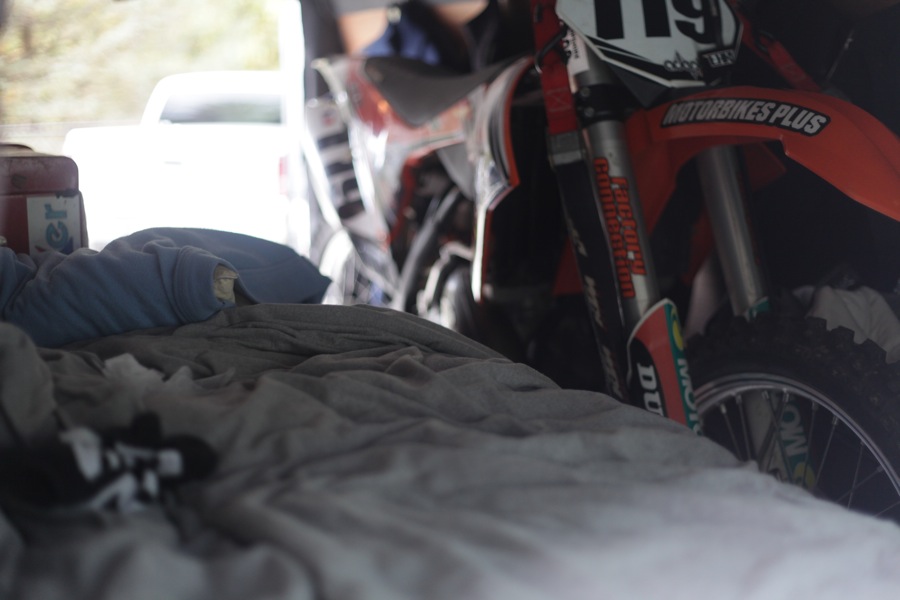 Yeah I saw the oils and stuff in the door. Does any of that stuff stink or the motorcycle stink after a race and make it hard to sleep in the van?

The oils themselves don’t really have any odor because they are all fresh and sealed containers. The bike itself definitely has a specific aroma to it and the 2-4 gallons of premixed gas that is sloshing around in the back have a pretty specific smell. But honestly I love it. I’m sure it’s not the best fumes for me to be huffing while I’m sleeping but I think it’s the best smell in the world. And they work really well at covering up the stench of all my wet wetsuits. The only time I have been overwhelmed by the fumes in the van was when I cleaned and prepped a couple of air filters on a little roadtrip and had them all in the van drying and that was too gnarly. I learned my lesson quickly with that one. 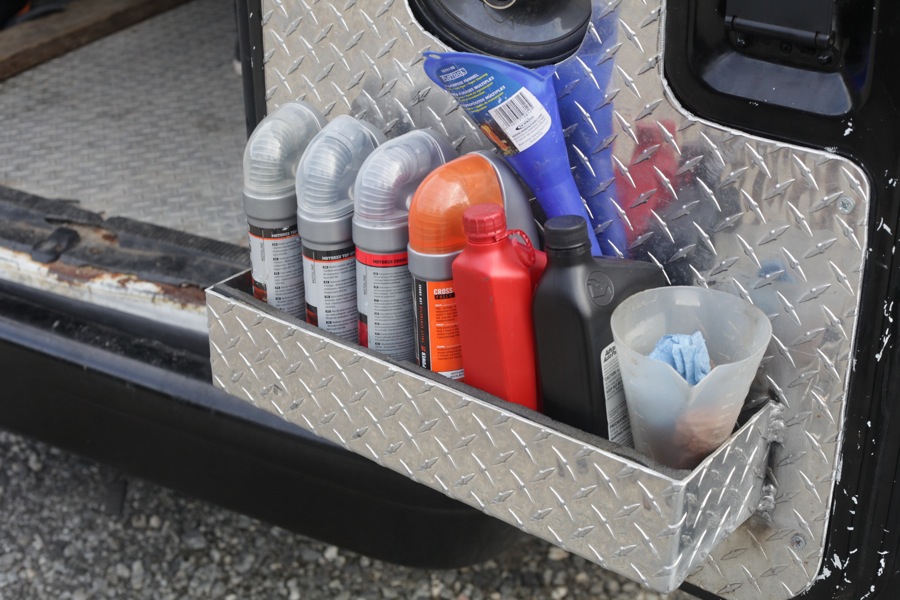 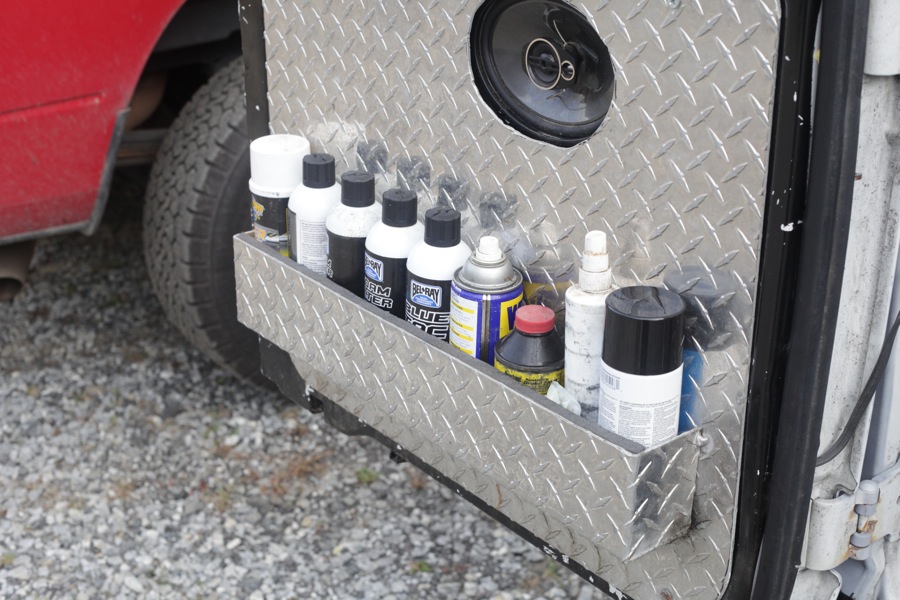 Have you ever been at a spot maybe surfing and some people walk up and see what you have going on inside the van. What are the comments you get when people realize your whole life is in there?

It’s really gotten to the point where it’s almost more common for someone to not come up to me and see what’s going on. I don’t know, something about the van just really sparks people’s attention and imaginations. When they realize that my life is in there and I’m not just someone trying to portray the classic cliche of surfer with van they get really hyped. They always just ask me what’s it like sleeping in and if it’s a hassle. That’s probably the most common question. And then they just go back to their business and I to mine. they just wish me luck and tell me to keep living. It’s usually a pretty humbling experience. I’ve also found that it’s usually the 9-5 ‘ers and people with families that look at it with the most stoke. They almost have the “what life might have been” look in their eye. I definitely get to meet a lot of people because of the van. It’s a great conversation starter. 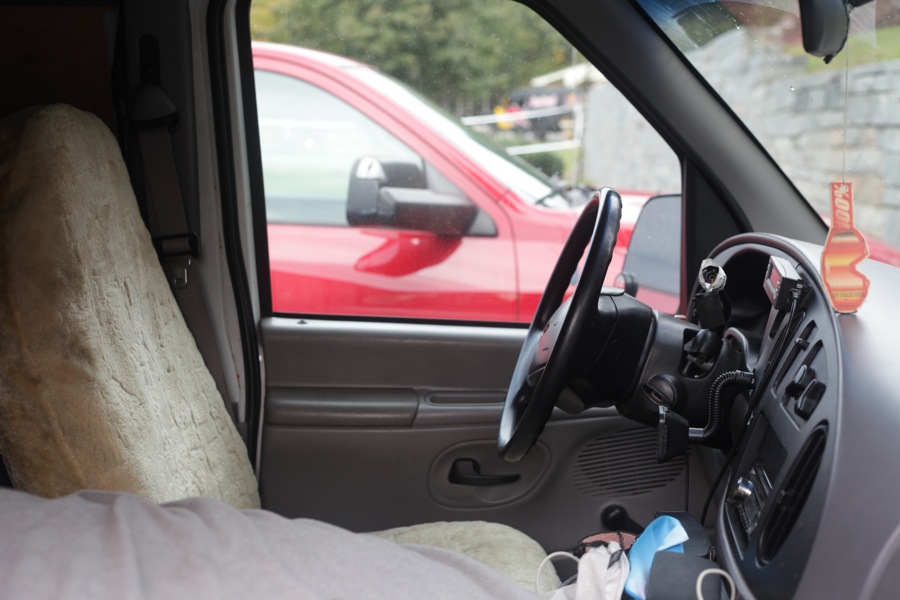 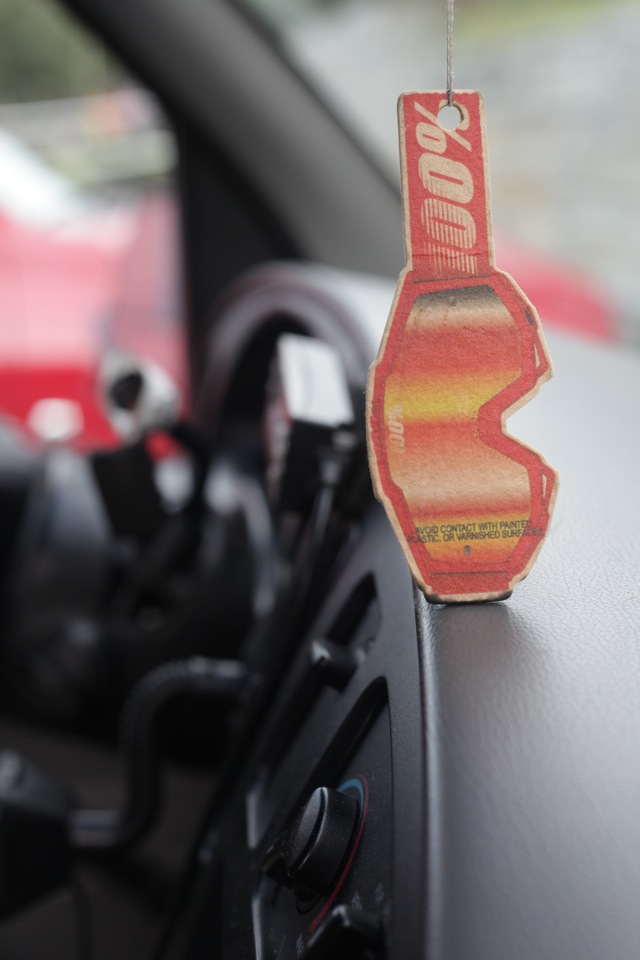 What has been the sketchiest situation you have been in since you have owned the van?

The sketchiest thing I have ever done in the van was drive from Norfolk, Virginia to Greenville, North Carolina with no brakes. I was on a roadtrip with josh Betley, Devon Smillie and Kyle Carlson and the night before in Norfolk we were driving in absolute torrential rain and I went through a deep puddle I didn’t see that really was more like a lake. The force of the water broke my right front brake line near the caliper. We parked at our hotel just down the street for the night and I didn’t know the brake line was broken yet.

So we got up in the morning and got in the van to do the 4 hour drive to Greenville and when I pressed my brake the pedal went to the floor. We were on a bit of a schedule with the trip so there really wasn’t an option to stay in Norfolk and fix it, so I just sent it to Greenville. I don’t think I blinked the whole drive. Luckily my rear wheels are drum so I still had a tiny bit of braking power. So I just drove extremely aware and 5 miles per hour under the speed limit the whole way. But we made if safe and sound and now I have the story. 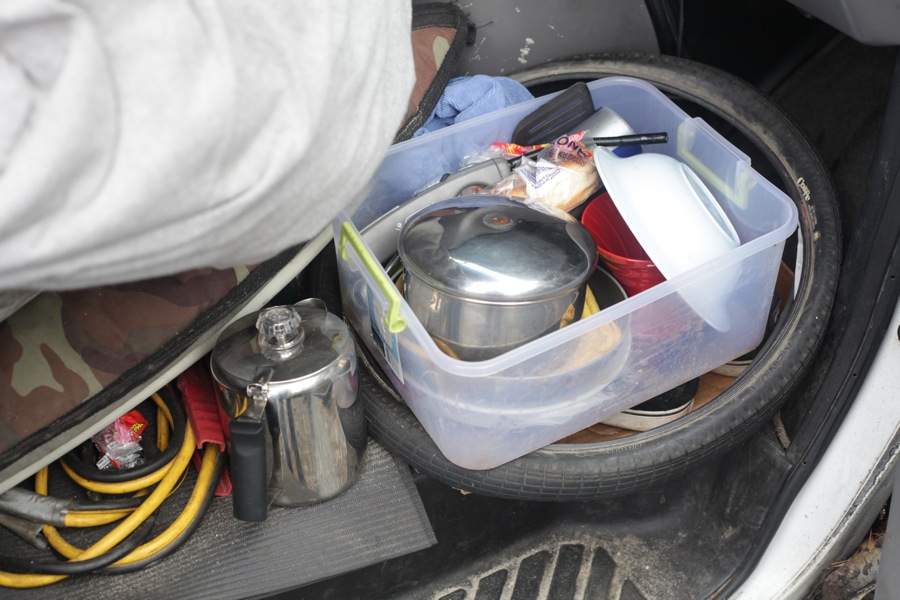 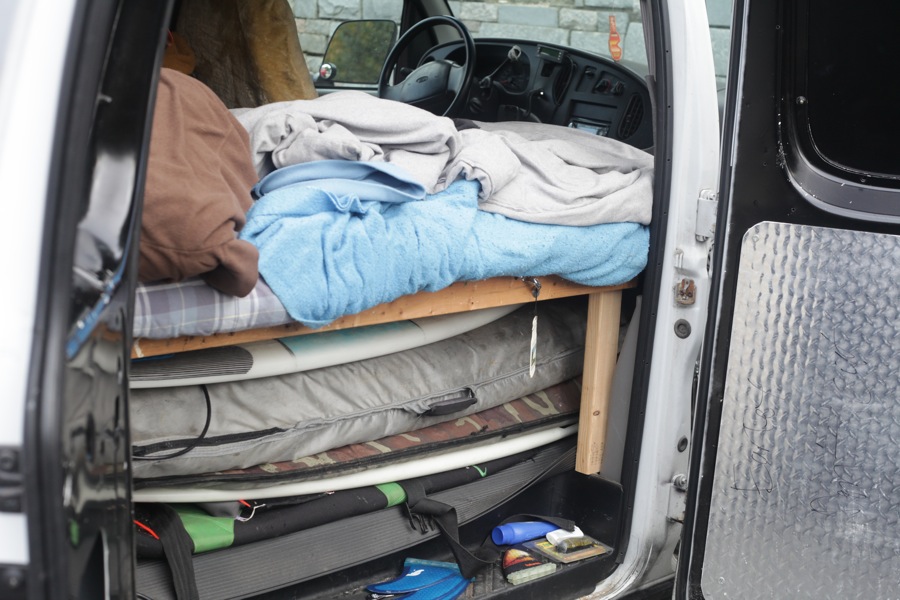 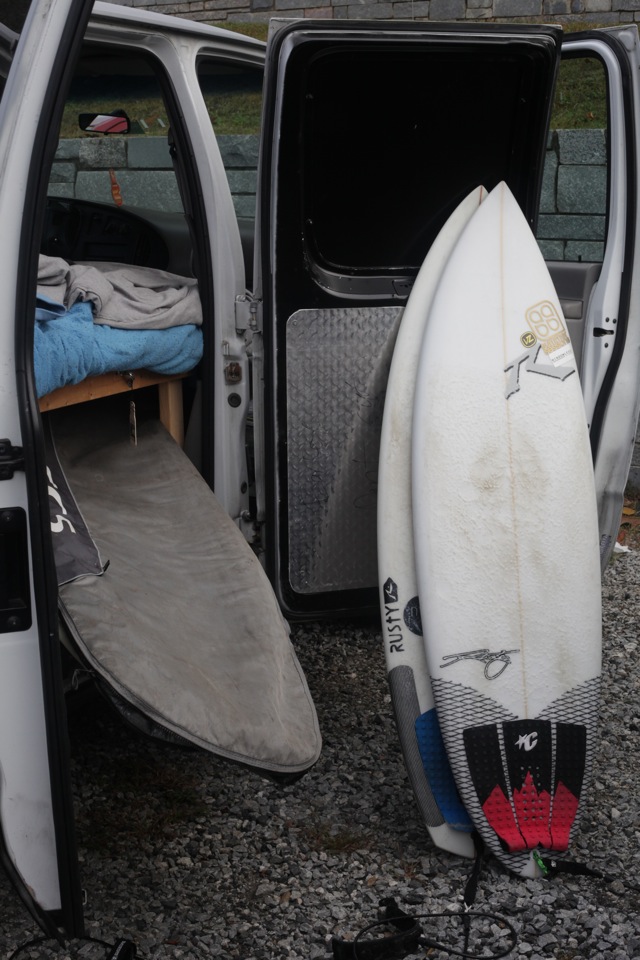 Anyone you wanna thank?

I gotta start by giving thanks to my sponsors because they all have really gotten behind the concept of the van and have made it possible for me to just drive and have some of the best experiences of my life. So thank you Bell Helmets, Reeb Cycles, Oskar Blues, Von Zipper and Eastern Boarder. I want to say thank you to my mom, dad, and brother because they have all helped me with the construction of the van and especially my brother, the van would have blown up by now for sure if it wasn’t for his mechanic skills. And then I just want to thank everyone that had let me sleep in their driveway, or bummed a shower at their house or simply just invited me for a session. Thanks for the stoke! And of course thanks to Snakebite and Shad for this interview! 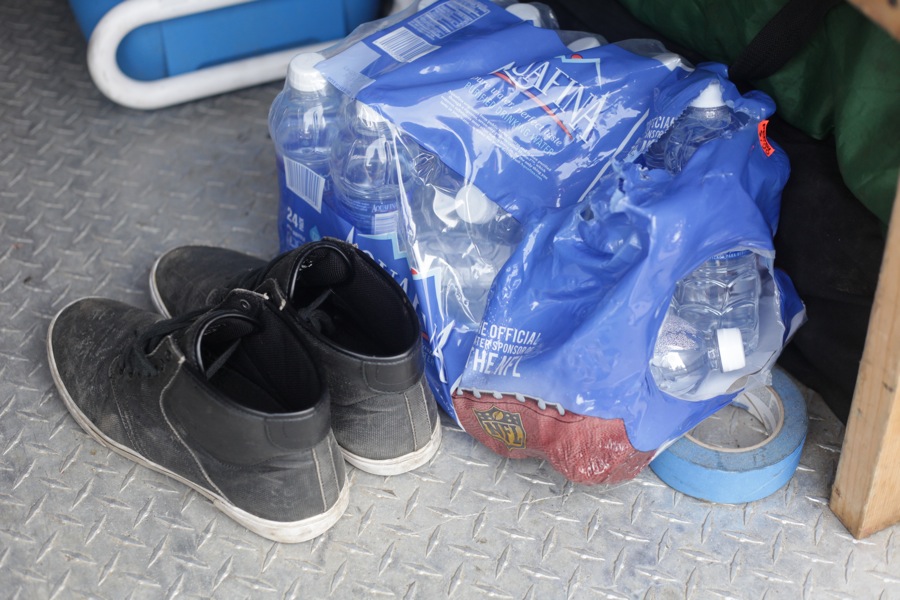 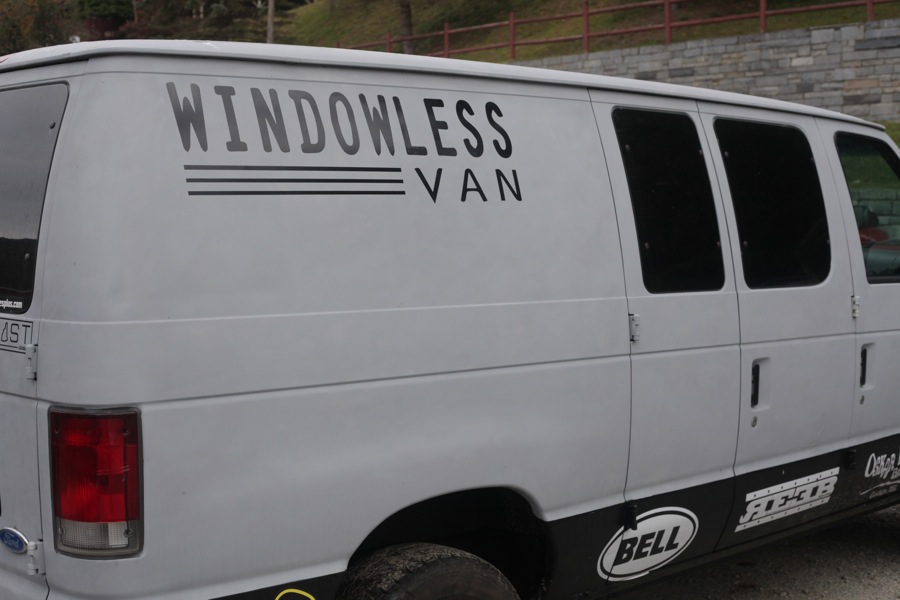 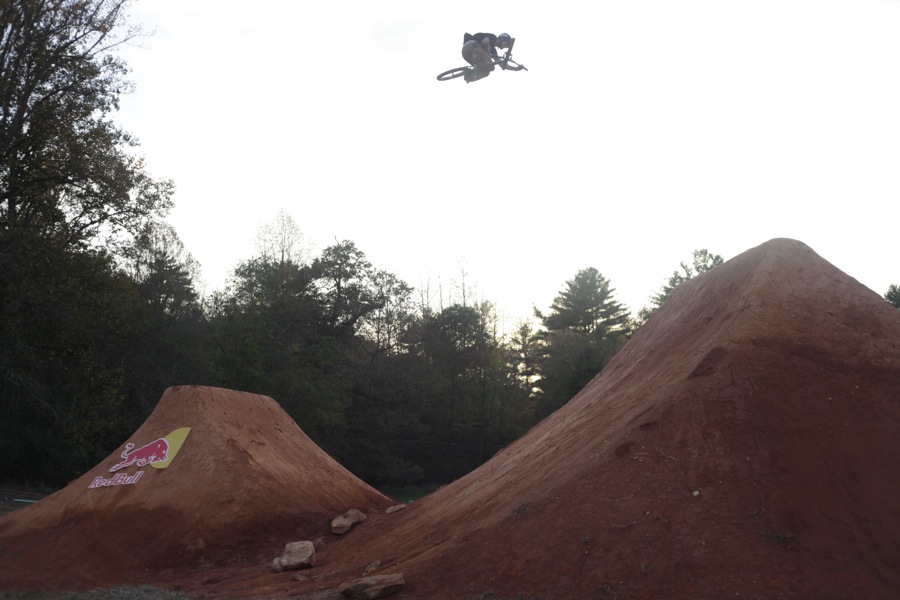 Zac Roasting a table earlier this year at Dreamline.

This entry was posted in Interviews and tagged Van, Zak Early. Bookmark the permalink.